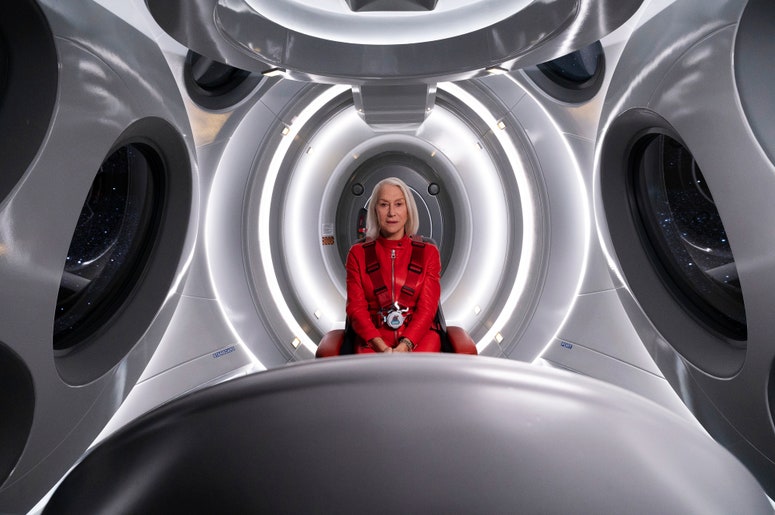 The first dance rehearsal on Joseline’s Cabaret occurs in episode 4, and it is an all-out disaster. Up until this point in the reality series, currently in its second season on Zeus Network, the young women competing for a spot in the showcase have talked a big game. Like the show’s namesake—a rapper and former cast member of Love & Hip-Hop: Atlanta named Joseline Hernandez, a brash paragon of the genre—the women are small infernos with confidence to spare. Only, when it comes time to perform, they fail spectacularly. Teetering on disgust, Hernandez, whose bite is as sharp as the arch of her black eyebrows, cuts into them accordingly. “You ain’t the baddest bitch when you can’t remember a motherfucking routine,” she tells them. “This is not Instagram. This is real life.”

The statement underscores the essence of Zeus Network, the rookie streaming service that wants to extract an insider’s view on influencer culture. Joseline’s Cabaret feels loose and unfiltered in a way reality soaps rarely do anymore, giving the show a sedative charm. Try as I might, I couldn’t look away. Gone is the manicured aesthetic of social media stars. The renegade streamer—one of many niche services currently filling in the gaps of mainstreamers like Netflix and Hulu—is not interested in tempering shock. Zeus is in your face.

It has to be. Zeus’ founders—YouTube and Vine stars DeStorm Power, King Bach, and Amanda Cerny—intended the company to be creator-first from the start. “Our whole philosophy was that we want to greenlight people, not shows,” Zeus president and CEO Lemuel Plummer told the Verge shortly after its launch. The network understands influencer culture to the teeth: how its stars must continually instill relevance in the mundane, even when it is something as straightforward as a dance rehearsal. Along with other players in the influencer space—including adult subscription site OnlyFans and TikTok, both of which have recently shifted the axis of power for creators, for better and for worse—Zeus is recalibrating the apparatus of fame, how we understand it and who gets access to it.

There is a seduction behind the streamer’s decorative boldness; the lion’s share of its shows—scripted and unscripted—are loud, raucous, and sweetly confrontational. It’s purely, unapologetically maximalist fare. An amatuer cooking show is hosted in the buff by a semi-famous Instagram model (Shirtless Chefin’ With Don Benjamin), and a scripted short series chronicles the sometimes comic escapades of sex workers (Bad Escorts). During an intense altercation early in the current season of Joseline’s Cabaret, one woman taunts another by yanking a bundle of her weave and stuffing it in her midsection (easily one of the most ridiculous things I’ve ever seen on TV). Cast members are especially fluent in the lingua franca of social media; they regularly coin mantras that double as ready-made memes—“Beef is a broke bitch sport,” one says, exhausted by constant bickering. On Zeus, pleasure is a 360-degree sensory riot.

Throughout the week, WIRED is publishing a series of essays about the current state of streaming services. Read about Amazon’s Hollywood ambitions here, Netflix losing its cool here, and the futuristic stink of Amazon’s sci-fi here.

Giving influencers free rein is also what gives Zeus its viral magnetism. Moments from the network’s shows quickly find their way onto social media and into group texts, pulling us in and becoming recyclable meme fodder. Before I heard of Joseline’s Cabaret or The Real Blac Chyna, another one of its marquee lifestyle reality soaps, I encountered snippets from the shows on Twitter, where humor, pathos, and empathy go hand in hand. Zeus programming is both a product of social media and made for social media.

In April, a comment about a young woman’s abortion went viral and found a second life on TikTok. A remark like that is not intended to be the butt of a joke, and yet like much of Zeus’ programming, it found an audience all the same. And because a series like Joseline’s Cabaret refuses to remain one static shape, there is still room for tenderness and sisterhood amid the occasional ugliness. As the series progressed, cast members shared stories of abuse, homelessness, and sex trafficking with the hope of giving back to women who’ve braved comparable storms. Private pain became their lighter fluid.

The mechanics of modern reality TV require a certain polish. For all of the genre’s supposed realness, there remains an underlying element of scripted conventionality. Franchises—from Housewives and Married to Medicine to Vanderpump Rules—lean on a predictable formula: What looks real, in actuality, is a careful orchestration of plotlines, betrayals, and back-stabbing by producers trying to magnify the tensions and sour intimacies of cast members. And yet, there is something intoxicating about what unfolds onscreen. Zeus sidesteps all of that. It feels like a true reality fantasia. It finds common among the uncommon and comfort among the uncomfortable. It’s Bravo on steroids. What you see is what you get—and then some.

That’s not to say the streamer is without faults. A handful of its shows favor comedy over care, sometimes to disastrous results. On One Mo’ Chance, a dating series that puts former I Love New York contestant Chance in the bachelor seat, trans identity is treated as a recurring punchline. In placing a premium on shock value, the humanness of One Mo’ Chance is discarded for something cheap and easy. By episode 3, the insolence became too difficult to endure and I stopped watching. That sort of occasional distaste is part of the network’s credo, however. In the aggregate, Zeus suggests a language disassociated from the politics of basic decency. It is not interested in playing nice or in absolution. It only wants to make more noise. To be as loud as possible.

The promise of the streaming age is not a one-size-fits-all network; no single platform can be the alpha and omega of television, not even Netflix, try as it might. What is now coming into view with specialized platforms like Zeus is what streaming should have represented all along, and perhaps what it can still strive to represent: silo platforms that feed our most niche wants.