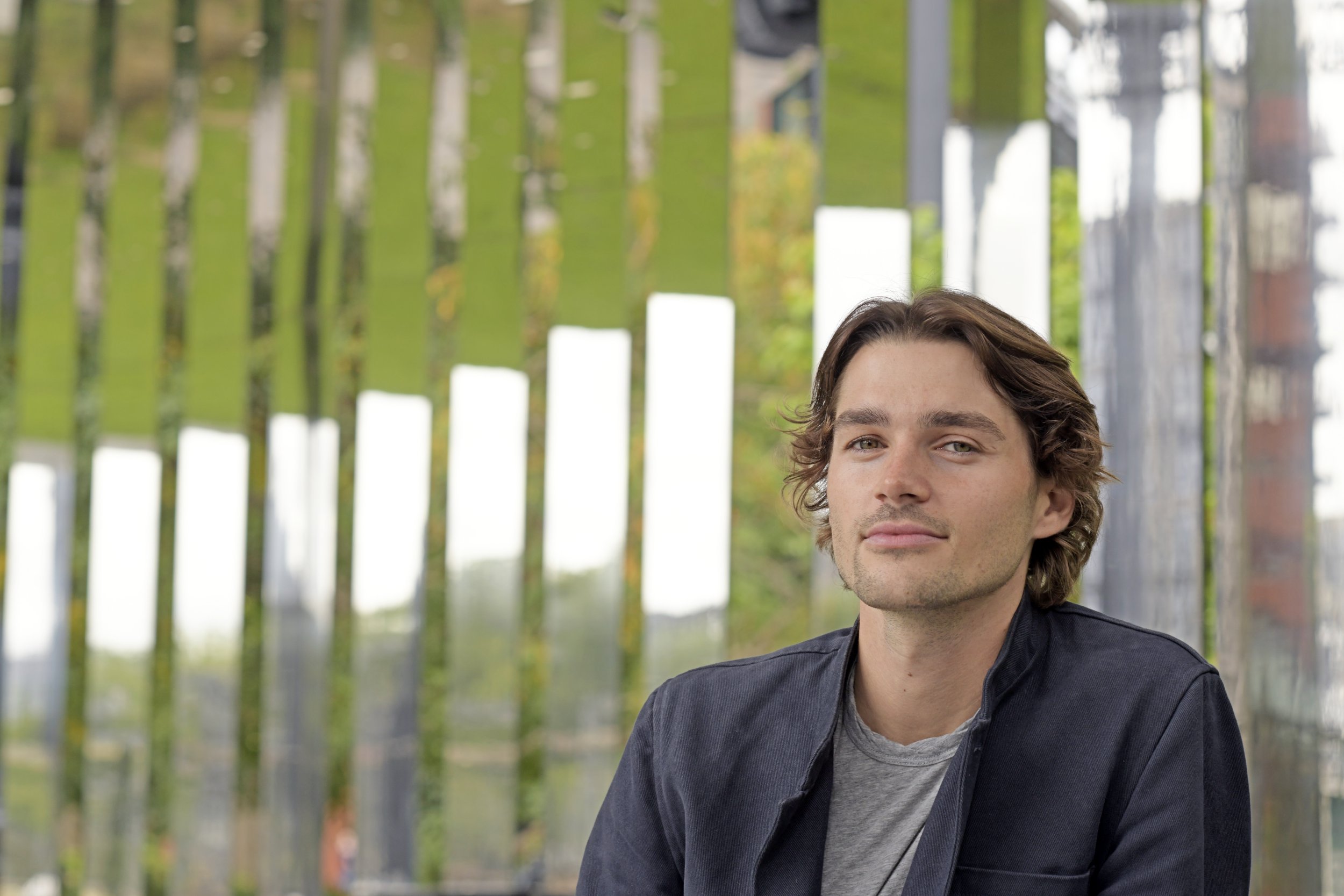 Jack Harries has come a long way in the past ten years, from fresh-faced teenage YouTuber to globe-trotting eco-activist with the ear of David Attenborough — but his latest journey is arguably the most important yet.

The Hackney-based 28-year-old is in the middle of making a documentary called Seat At The Table, a 12-part YouTube series that will take him from the Isles of Scilly to Orkney using only low-carbon methods of transport such as trains, bikes and sailing boats.

On the way he’ll meet people who are already being affected by rising sea levels, air pollution and wildfires before presenting a film of his findings at COP26, the United Nations climate summit in Glasgow attended by some of the world’s most powerful people.

A few days before Jack began his journey off the coast of Cornwall back in July, a huge storm battered the archipelago, with winds reaching nearly 70mph and lifeboats out all night assisting stricken yachts.

Meanwhile, more than 200 people had just lost their lives to flash floods in Belgium and Germany.

‘We hear a lot about glaciers and rainforests but we rarely tell the stories of people living on the front lines of climate change,’ says Jack.

‘We think of it as something that’s far away, both geographically and in time, but what I’m learning is that it’s already affecting people on our doorstep.’

The original plan for Seat At The Table had been to travel the world telling human stories from the most severely impacted regions but the Covid pandemic put paid to that. Besides, Jack is ‘very aware’ of the irony of flying across the globe to talk about climate change.

Instead, local crews in places such as Thailand, India and Morocco have shot their segments remotely and sent them back to Jack and his team to weave into each episode, ensuring the voices of those suffering the most will be heard by those with the power to do something about it.

‘It’s called Seat At The Table because these conferences happen every year but the people who are experiencing the effects of the climate crisis first hand don’t have a say, so we really wanted to platform those voices,’ he says.

Before we sit down to chat, Jack gets recognised on the streets of King’s Cross by students from Central Saint Martins — a reminder that he only got to this point thanks to a YouTube channel that has amassed 3.75million subscribers.

Go back and watch Jack’s earliest videos, uploaded in 2011 when he was just 18, and it’s fairly standard YouTube stuff: quirky video diaries, strumming a ukulele and falling off a unicycle.

‘I had no particular desire to talk about social issues, I was just a kid d***ing around in my bedroom,’ he says. ‘But after three or four years of developing an audience, there’s a moment where you sit down and you’re like: do I have more of a responsibility to be talking about something that has an impact?’

In 2015, the WWF invited Jack to visit Greenland and see for himself how the melting glaciers were causing sea levels to rise.

‘We felt it, we heard it, we saw it,’ he says. ‘That just kind of turned my world upside down.’

After taking some time out to study documentary film-making, read IPCC reports and subscribe to every environmental newsletter he could find, Jack returned to YouTube with a more singular focus: to share what he’d learnt about the issues ‘in the hope that together we can all figure out what the hell to do’.

Four years later he was arrested at an Extinction Rebellion protest in London. While he says his days of glueing himself to things are probably behind him, he credits XR, Greta Thunberg and the school strikes for a ‘collective awakening’ on the urgency of the climate crisis.

‘It feels like the fire alarm is going off and what we need to do now is start to point people towards the exits,’ he says. ‘We need to figure out where we’re going.’

And that’s what makes COP26 so important. When Jack interviewed David Attenborough, the naturalist called the conference, which begins on October 31, ‘our last best chance to avoid the worst-case scenario’. Jack echoes that sentiment.

Jack Harries on ‘green influencers’ that inspire him

‘There’s a group in the United States called the Sunrise Movement, which I’m really inspired by. They’re collectively organising to campaign for the Green New Deal in the USA.

‘I also admire a young activist called Jerome Foster in the United States, and a girl called Leah Thomas who runs a platform called Intersectional Environmentalist — she does a lot of work around highlighting intersectionalities of climate and race and many other social issues.

‘Social media has transformed over the past year and a half. It’s become more of a space for activism, organising and educating.

‘ That gives me hope because I think our generation faces a greater challenge than any before — but we also have more tools than ever before to tackle it.’

‘It’s the most important event that’s ever happened when it comes to climate and the future of humanity,’ he says. ‘That sounds so grand and ridiculous but it really is. We’ve entered this crucial decade where we have to halve carbon emissions so it’s essential we put pressure on world leaders to make those tough policy changes because we just don’t have the luxury of time any more. Yes, we all need to make individual changes, but we can only exist within the system that is around us.’

Jack lets out a long sigh when I ask him how much faith he has in the UK government to treat these issues with the urgency needed.

‘I don’t see any sort of leadership there when it comes to the climate crisis,’ he says. ‘I have some hope in Sadiq Khan and some of the things he’s been doing around air pollution. It’s a relief to have someone in the political sphere waking up.’

Lack of faith is something Jack admits he’s struggled with but he looks at how people mobilised against Covid and hopes that action can be summoned against an ecological emergency. As a ‘green influencer’, does he need to be optimistic?

‘I hate that word so much,’ says Jack. ‘It just carries so much weight, doesn’t it? When I started making YouTube videos there was no such thing as an influencer, nobody made money doing it. I don’t think of myself as someone who is influential in any way.’

A combined YouTube, Twitter, Instagram and Facebook following of more than 7.5 million would suggest Jack holds more sway than he’s giving himself credit for — if his contribution to COP26 has the desired effect, it would be hard to call him anything else.

Harries’ YouTube Originals series Seat At The Table premieres on October 25 on youtube.com/JacksGap


MORE : Climate change is impacting more white people in the West – does that mean leaders will take action?


MORE : Where is this Government’s action on climate change?

The Razer Edge is shaping up to be a really impressive device. Our own Daniel Rubino has already written about how it's got him...
Read more