Yahoo has built a new calendar app called Day, and it’s recruited the co-founder of Sunrise to design it 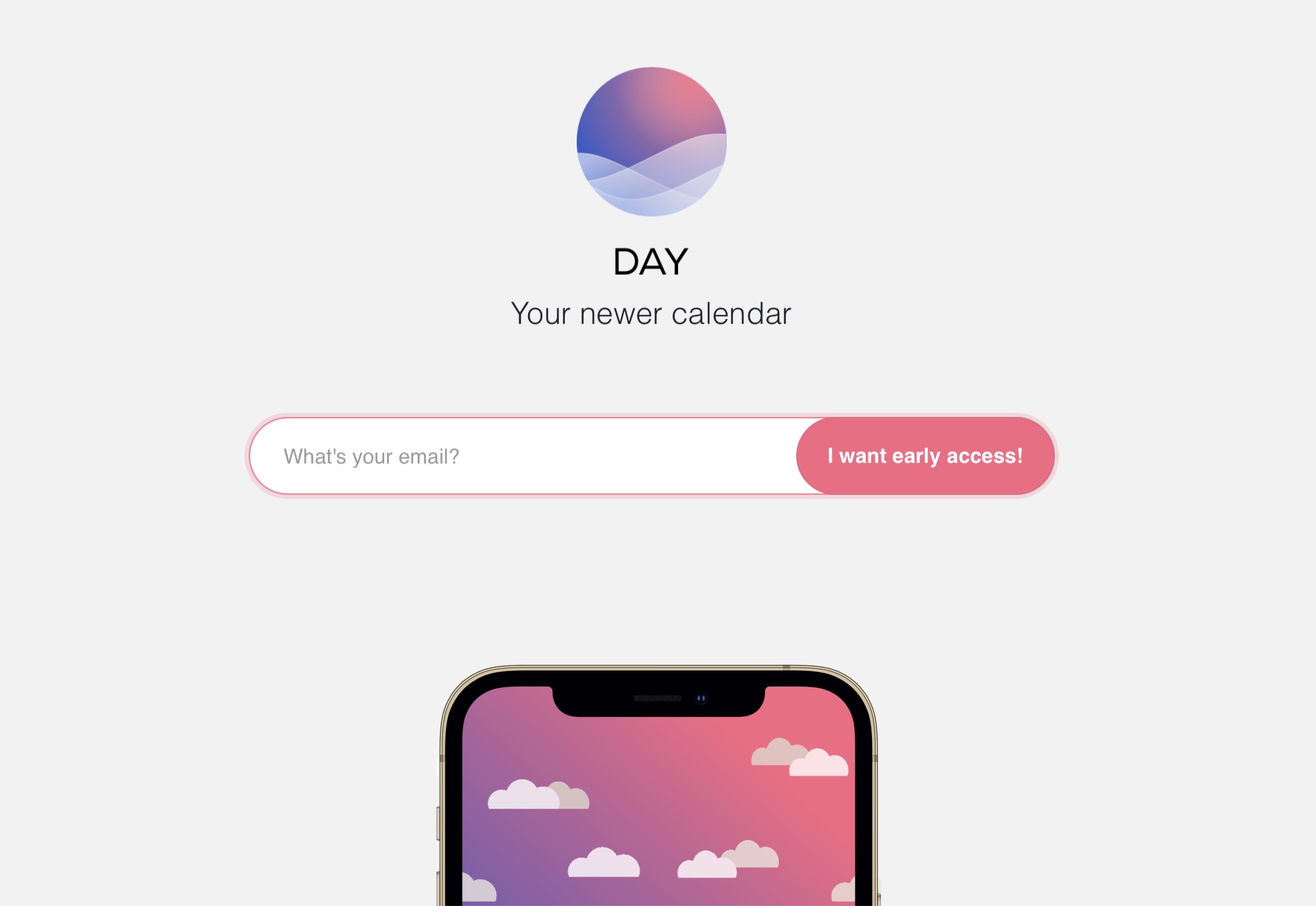 When it comes to online calendars and calendar apps, services like Google Calendar and Outlook from Microsoft rule the roost with hundreds of millions of users globally. Now another company is hoping to ruffle some feathers with its own move into the space. TechCrunch has learned and confirmed that Yahoo is working on called Day, a new standalone calendar app. Sources tell us the company has recruited Jeremy Le Van — who had co-founded another calendaring app, Sunrise, and eventually sold it to Microsoft for over $100 million to make it the backbone of Microsoft’s own very popular calendar platform in Outlook — to help design it.

Many lamented the sunset of Sunrise; now it looks like they might now have a shot at getting Sunrise 2.0, so to speak.

(Disclaimer: Yahoo happens to be owned by the same company as TechCrunch.)

“We are exploring different ways to better serve consumers and that includes new ideas around mobile-first time management, calendar and events,” a Yahoo spokesperson said in response to our question.

The service is currently in an invite-only closed alpha as it gears up for a bigger launch (you can also sign up on the site).

Calendars serve as the backbone for how many of us organize our days, whether it’s for work or leisure. And arguably, the more our activities, and the planning of them, move to digital platforms, the more powerful calendars can become, too.

This means that for platforms, having a calendar feature or app as part of a bigger service is a good way of keeping users engaged on the wider platform, and it’s a way for the platform to glean more knowledge about user behavior. Google’s Calendar, for example, is very tightly, and often automatically, integrated with its wider suite of productivity and information services, giving the company one more spoke in its wheel to keep users sticking around.

And it’s not only Yahoo that might be interested in doing more here. Facebook acquired Redkix in 2018 allegedly to bring more calendar and other productivity tools to Workplace. In the end, Workplace integrates with existing offerings from third parties, and so it doesn’t have its own standalone calendar app. Facebook also doesn’t have a standalone calendar feature in the main consumer app, either. But with people planning so much else on Facebook’s properties (not just through Events on Facebook, but across Instagram, WhatsApp and Messenger), it seems that it’s an area it could feasibly still expand into at some point.

Yahoo itself, in fact, already has a pared-down calendar widget that you can access through Yahoo Mail. It’s not clear how popular it is, especially since it’s very easy these days to integrate one’s email to most other calendar apps.

The question, then, will be how Day might hope to differentiate itself, and how it will hope to compete.

From what we understand, in contrast to how Google, Microsoft or even Yahoo itself currently integrate calendar features into their wider productivity suites, this isn’t the approach that Yahoo is taking with Day.

The app is being built by people in its Mail team, but it’s being treated “like a startup” in the operation, we’ve heard, and has been given license to develop it independently: it has no special Yahoo branding, nor with any Yahoo integrations whatsoever. The plan is to keep it separate, not unlike the many calendar apps — like Sunrise once was — that exist in app stores, and make it something that can integrate with whatever other email or other tools that a person users. Over time there also may be efforts to use Mail — which still has around 200 million users — to help market Day.

The move underscores how Yahoo — which has effectively lost out to Google in areas like search, email, video and advertising — believes that with the right approach, there is still room for more innovation in this crowded market, even as it has a number of misses in its history of trying to do just that in other areas, like messaging.

But as we noted in a recent story about Calendly — a $3 billion startup that’s proven to be a big hit with people who need to schedule meetings — calendar apps can be challenging for another reason. They are well-used, yes, but also somewhat under the radar: calendars are never the destination for a person, just a place to mark when, how, and with whom you will get there. Can there be more ways of enhancing that basic functionality?

Yahoo seems to believe there are, and that people will want to use an app that does so.