Winning images from the Astronomy Photographer of the Year 2022 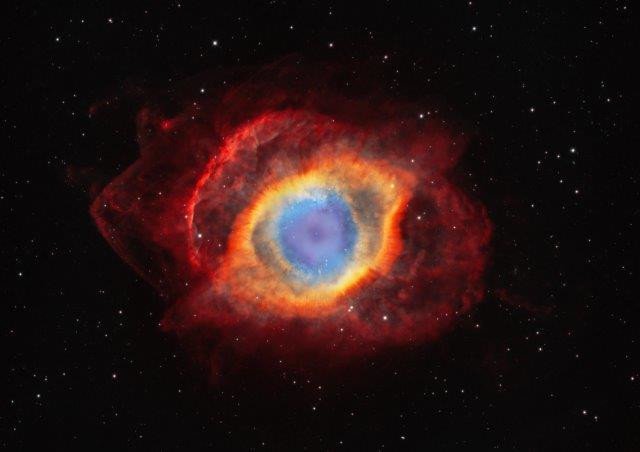 These images mark the close of this year’s Astronomy Photographer of the Year, the winner capturing a rare photo of a comet that won’t be seen by Earth again.

The winning image was captured by Gerald Rhemann and entitled ‘Disconnection Event’. It shows a piece of Comet Leonard’s gas tail being disconnected and carried away by the solar winds.

The comet was first identified in January 2021 and was the brightest comet of the year, however, it won’t be seen by Earth again as it slowly breaks apart on its journey. For this incredible picture, Gerald won £10,000.

‘When I first saw this image of Comet Leonard, I was blown away. This picture of a recent visitor to our Solar System has been captured so beautifully,’ said judge Melissa Brobby.

‘The stars in the background give the comet’s tail a magical appearance. I could stare at this image all day.’

The Young Astronomer Photographer of the Year award was won by Yang Hanwen and Zhou Zezhen for their collaborated image ‘Andromeda Galaxy: The Neighbour’.

The two 14-year-old boys captured the vibrant colours of the galaxy in a beautiful picture. The pair got to share the prize of £1,500.

As well as the overall winner and the young winner, there were ten categories. These were Planets, Comets & Asteroids, Skyscapes, People & Space, Aurorae, Galaxies, Our Moon, Our Sun, Stars & Nebulae, The Annie Maunder Prize for Digital Innovation, and the Sir Patrick Moore Prize for Best Newcomer.

The winners of each category received £1,500, with the runners-up taking home £500 and commendations earning £250. The two special prize winners received £750 for their images. As well as this, all winners received a one-year subscription to BBC Sky at Night magazine.

‘I was stunned by the quality of entrants for this year’s Astronomy Photographer of the Year competition,’ said Assistant Curator of Art at Royal Museums Greenwich, Hannah Lyons.

‘In 2022, the competition received over three thousand entries from sixty-seven countries around the world.’

The Royal Observatory Greenwich is the home of Greenwich Mean Time and is one of the most important historic scientific sites in the world, the observatory being home to the Annie Maunder Astrographic Telescope.

The incredible collection of images will be published on the 29th of September 2022 in the Astronomy Photographer of the Year Collection 11 and will be available to purchase.


MORE : Stunning images from the Astronomy Photographer of the Year shortlist revealed