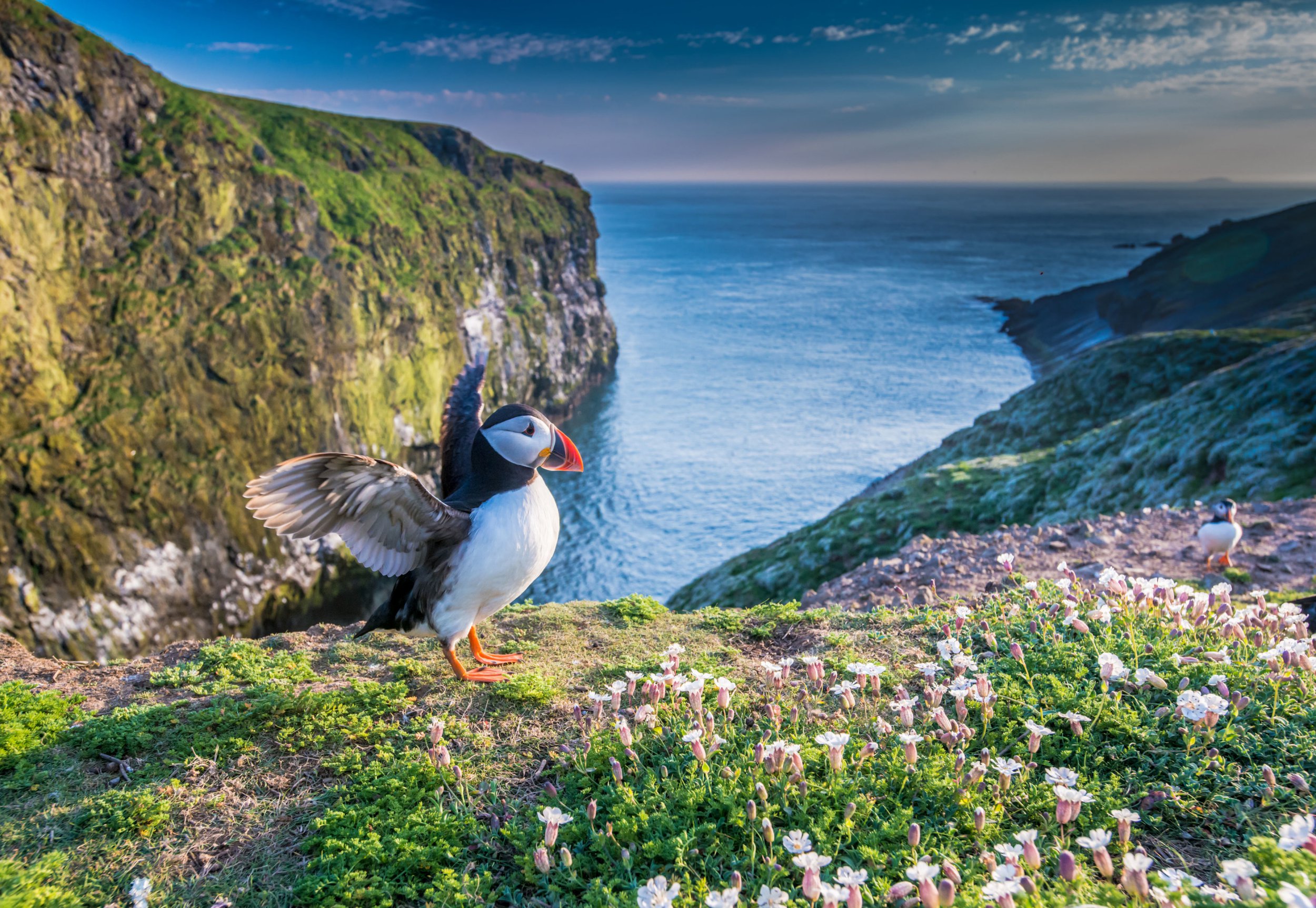 Discoveries of sea creatures in 2022 shows how ‘spectacular life is below the waves’ but the marine environment is facing huge threats, the Wildlife Trusts said.

In their annual review of the year for the seas and coasts of the UK, Alderney and the Isle of Man, the coalition of local and national wildlife charities reveals some extraordinary marine finds.

They include a new species of coral found at depths up to 2,000m in the Rockall Trench, some 240 miles off Scotland’s west coast, a 100-year-old Greenland shark washed up at Newlyn, Cornwall, and new records of sea slugs.

The Manx Wildlife Trust recorded the first ever swordfish off the Isle of Man, Leicester and Rutland Wildlife Trust unearthed the fossilised remains of Britain’s largest ichthyosaur, a prehistoric ‘sea dragon’, and ‘Albie’, the only albatross in the Northern Hemisphere, returned to Bempton cliffs in Yorkshire.

Sightings of whales show how populations are recovering following bans on commercial whaling, the Trusts said.

They include a humpback whale near Brighton marina and a calf spotted near Cornwall’s Lizard Peninsula.

In very rare sightings for the area, Cumbria Wildlife Trust reported minke whales near its Walney Island nature reserve and off the coast of Workington, while a large group of normally-solitary minkes was seen gathering off the Yorkshire coast in August.

Monitoring by Yorkshire Wildlife Trusts also suggests bottlenose dolphins are now present off the region’s coasts all year round, while two new orca calves were spotted off Shetland in January – a positive sign for the Northern Isles group.

And in the summer, Cornwall Wildlife Trust reported huge numbers of octopuses around the Lizard Peninsula, which experts suggest is the sign of a healthy population and possible octopus boom – last recorded 70 years ago.

But a host of pressures are threatening the seas, from the global avian flu pandemic which has killed thousands of seabirds across the UK, to pollution including oil spills and plastic, as well as people irresponsibly disturbing wildlife.

The outbreak of bird flu is the worst ever recorded in the UK, with research showing 13% of the UK population of great skuas – 8% of the global total – dying, while Northumberland Wildlife Trust collected more than 800 dead birds, mostly sandwich terns from its Druridge Bay reserve alone.

There were several oil spills, including an incident in which around 500 barrels leaked from a cracked pipe 20 miles of north Wales at Rhyl. Kent Wildlife Trust reported a slick off the coast of Thanet, and Alderney Wildlife Trust rehabilitated birds found covered in oil after Storm Eunice in the spring.

A study of dead Manx shearwaters on Skomer Island found the majority had eaten plastic.

The Wildlife Trusts are encouraging people to follow the ‘Wise’ scheme, which promotes responsible wildlife watching, amid reports of people disturbing nature.

These include a group of jet skiers filmed ploughing through seabirds at Puffin Island in North Wales, and reports of people disturbing a group of 100 seals at Point of Ayre on the Isle of Man.

Dr Lissa Batey, head of marine conservation at The Wildlife Trusts, said: ‘From ancient sea creatures to new species for science, the discoveries in this year’s marine review show just how spectacular life is below the waves.

‘While full of surprises, our oceans are also busy places where wildlife is facing a huge range of pressures – including climate change, pollution and development.

‘The sea needs better protections to help nature recover and thrive as a matter of urgency.’

She called for the Government to abandon planned legislation – the Retained EU Law Bill – which conservationists warn could threaten existing laws that protect wildlife and wild places on land and at sea.

She also said: ‘Protecting large areas of our oceans is crucial for fishing and other industries that rely on healthy seas, as well as providing security for important carbon storing habitats like seagrass meadows and seabed sediments.’

The Wildlife Trusts have been working on projects to protect marine and coastal habitats and wildlife, including several major projects to restore seagrass meadows which can absorb and store carbon up to 35 times faster than rainforests, as well as providing important homes for wildlife.

The Trusts are also working with other experts to draw up a world-first complete national map of ‘blue carbon’ stores – where the seas store carbon – while Essex Wildlife Trust created a toolkit for restoring salt marsh, and is also part of an initiative to help the native oyster population recover.

Wildlife Trusts have also seen some good news for seabirds – despite the threat from avian flu and other problems – with South and West Wales Wildlife Trust recording a 240% increase in puffin populations on Skomer and Skokholm islands in the past 10 years.

The Wildlife Trusts also said they had been working with people on citizen science projects and wellbeing schemes around the coasts, and helping school children learn about wildlife and students restoring saltmarshes and seagrass beds.

Meanwhile, the Scottish Wildlife Trust has even published a series of snorkel trails to encourage people to experience the ‘wonders beneath the waves’.


MORE : Turtles are thriving in Cyprus thanks to the British Armed Forces