When is the Harvest Moon 2021? How to see it in the UK tonight 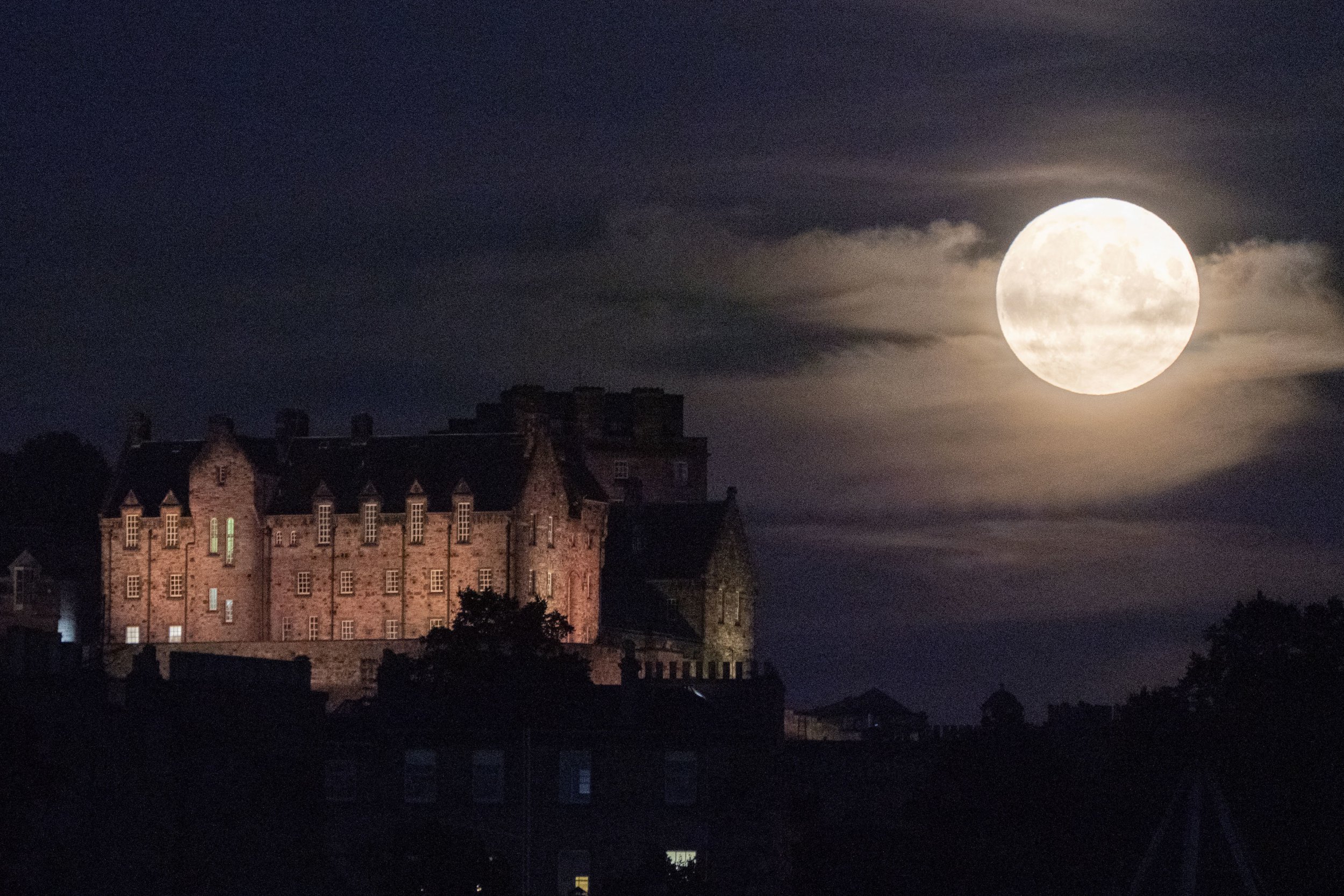 The annual Harvest moon will appear over the UK tonight, marking the last full moon of the summer season.

It will reach its peak brightness at 12.54am tomorrow morning, September 21.

Unfortunately for much of the UK the forecast is for cloudy skies, which could spoil the view. According to the Met Office, tonight brings with it ‘cloud and patchy light rain sinking southeast into central Britain.’

The good news is that if there’s a break in the clouds, skywatchers will get to enjoy the view of a spectacularly bright full moon.

You’ll be able to appreciate it with the naked eye but if you can lay hold of some binoculars or a telescope, you may be able to make out craters and seas on the lunar surface.

Traditionally, the Harvest moon is the name given to the full moon that occurs closest to the autumnal equinox.

With the equinox falling on September 22 this year, the closest full moon (and therefore the Harvest moon) occurs on the night of September 20 and morning of September 21.

When is the best time to see the Harvest Moon?

The exact time of the full Harvest Moon this year is at 12.54am on Tuesday, September 21.

However, you will also get a spectacular looking moon over the next couple of nights.

‘These autumn full moons do have special characteristics, related to the time of moonrise,’ explains the team at EarthSky.org.

‘Nature is particularly cooperative in giving us full-looking moons near the horizon after sunset, for several evenings in a row, around the time of the Harvest moon.’

How to see the Harvest moon above the UK

The moon will be visible soon after sunset, but for the best view of it we’d recommend waiting until later in the night when the last vestiges of sunlight have faded and you’re left with a spectacularly bright full moon.

For the full effect, you’ll want to make sure you’re away from any light pollution like streetlamps or houses.

At the beginning of the night, the moon will appear near the horizon. It will continue to rise higher in the sky as the hours pass.

Why is it called the Harvest moon?

Each of the moon’s 12 phases has its own name that will often change between cultures. Many of the most recognisable are derived from Native American names that have been picked up and circulated around the internet.

‘Over time these names have become widely known and used.

‘According to this almanac, as the Full Moon in September and the last Full Moon of summer, the Algonquin tribes in what is now the northeastern USA called this the Corn Moon, as this was the time for gathering their main staple crops of corn, pumpkins, squash, beans, and wild rice.’

However, it appears the term ‘Harvest moon’ actually dates back even further.

The Harvest Moon is actually an old European name with the Oxford English Dictionary giving 1706 as the year of its first published use.


MORE : Nasa says 2024 moon landing ‘not feasible’ after all