What’s this weird blue explosion photographed from the space station? 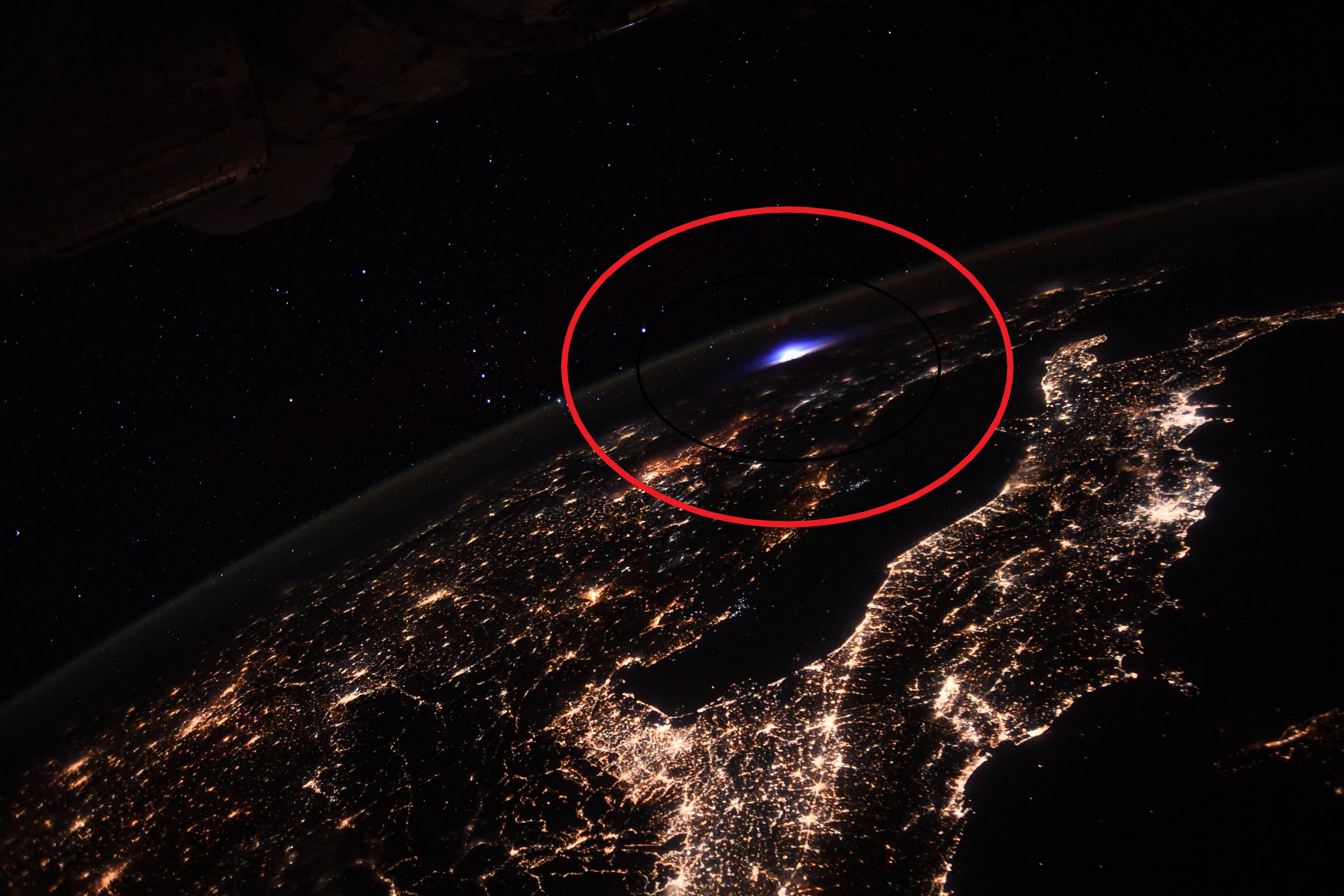 Astronaut Thomas Pesquet has been making the most of his time on the International Space Station (ISS) with some stunning snaps.

First the European Space Agency (ESO) astronaut captured this stunning image of aurora lights over Earth and now he’s photographed an event so rare its previously been dismissed by science.

What looks like a bluish explosion over Europe is actually a rare phenomenon called a ‘transient luminous event’.

It happens when lightning appears in the upper reaches of the atmosphere – too high for us to see from the ground.

However, those orbiting in space have a great vantage point if they happen to be pointing a camera in the right direction at the right time.

This particular image was one frame taken from a longer timelapse.

‘What is fascinating about this lightning is that just a few decades ago they had been observed anecdotally by pilots, and scientists were not convinced they actually existed,’ Pesquet explained in a photo caption.

‘Fast forward a few years and we can confirm elves, and sprites are very real and could be influencing our climate too!’

When he says elves and sprites, he doesn’t mean the fairytale creatures – these are the names given to the different kinds of transient luminous events.

‘Sprites are flashes caused by electrical breakdown in the mesosphere. Blue jets are lightning discharges reaching upwards through the stratosphere, and elves are concentric rings of emissions caused by an electromagnetic pulse at the ionosphere’s bottom edge.

‘Giants are large discharges that create an electrical breakdown of the atmosphere from the top of thunderstorms to the bottom ionosphere.

‘Terrestrial gamma-ray flashes are a flash phenomenon generated at the top of thunderstorms. Evidence suggests that run-away electron discharge causes some of these phenomena.’

Right, that’s as clear as day, then.