What is a thermobaric weapon? Putin accused of using devastating ‘vacuum bomb’ in Ukraine 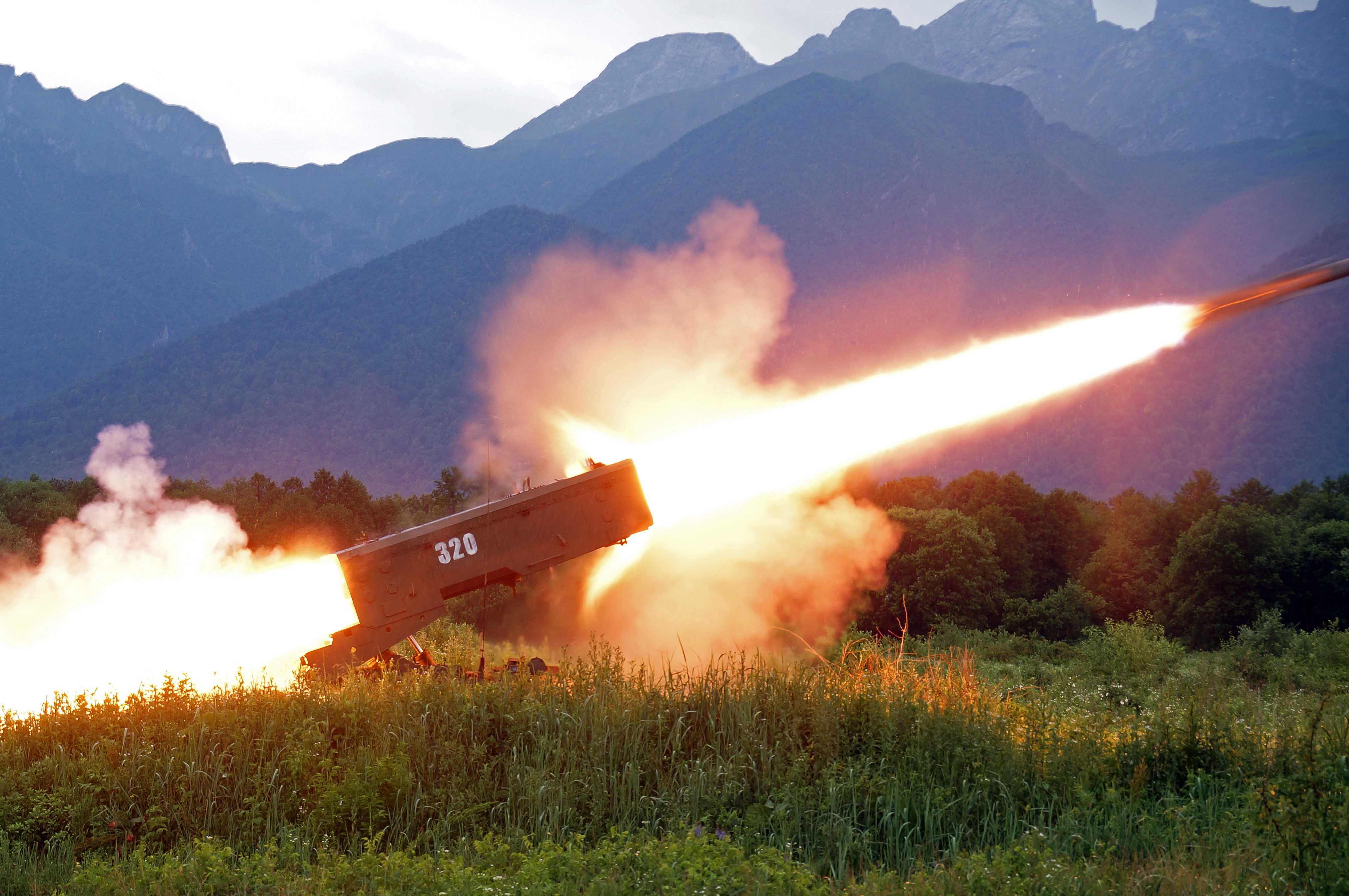 As Russia continues its horrific actions in Ukraine, Putin stands accused of using a devastating weapon known as a thermobaric bomb.

These devastating weapons are capable of vaporising human bodies and reducing buildings to rubble.

They work by sucking in oxygen from the surrounding air to create a more powerful high-temperature explosion.

As well as an increased blast, a so-called ‘vacuum bomb’ produces a large pressure wave.

Because of their destructive power, they are rarely used. But it’s been alleged that Putin has used them against Ukraine.

Oksana Markarova, Ukraine’s ambassador to the United States, told reporters after meeting with White House lawmakers on Monday that they have been deployed during the ongoing incursion.

She said: ‘They used the vacuum bomb today. The devastation that Russia is trying to inflict on Ukraine is large.’

How does a vacuum bomb work?

Both the United States and the Soviet Union developed thermobaric bombs in the 1960s.

A regular explosive uses a process called oxidation in a confined region to create an explosion. The weapon mixes the explosive fuel with an oxidizer to create the blast. However, a thermobaric bomb consists of almost 100% fuel.

It uses the oxygen in the surrounding air as an oxident that results in a far larger explosion.

However, because it relies on the air around it – the kind of yield from a vacuum bomb can vary.

The explosion will depend on how well the fuel is dispersed, how rapidly it mixes with the surrounding atmosphere and the initiation of the igniter and its position relative to the container of fuel.

But they can be exceptionally deadly in urban or battlefield warfare.

They can also be fitted to both vehicular and hand-held rocket launchers.

Although not specifically illegal, the use of vacuum bombs and cluster munitions (which release smaller amounts of schrapnel over a wider area) is widely condemned.

The organisation saus launching any indiscriminate attacks that kill or injure civilians constitutes a war crime.

More than 100 countries have committed never to use the weapons under the Convention on Cluster Munitions, including the UK – but neither Russia nor Ukraine have signed the agreement.

Agnes Callamard, secretary-general of Amnesty International, said: ‘It is stomach-turning to see an indiscriminate attack on a nursery and kindergarten where civilians are seeking safe haven.

One Western official said their presence is a cause for ‘considerable concern’, the Independent reports.

The official added: ‘Certainly, if it is used in any built-up area, there is no way you can eradicate the risk of significant civilian casualties.’

There has been no official confirmation that thermobaric weapons have been used in the conflict in Ukraine and Ms Markarova did not reveal where the bomb she referred to was used.

White House Press Secretary Jen Psaki said she had also seen reports of them being unleashed, adding: ‘If that were true, it would potentially be a war crime.’

Pavel Kuzmenko, the mayor of Akhtyrka, a small city northwest of Kharkhiv, claimed a vacuum bomb had been dropped on an oil depot there.

He said: ‘A vacuum bomb has been dropped on an oil storage depot, containers with oil have been torn off. The enemy vilely uses vacuum bombs banned by the Geneva Convention.’