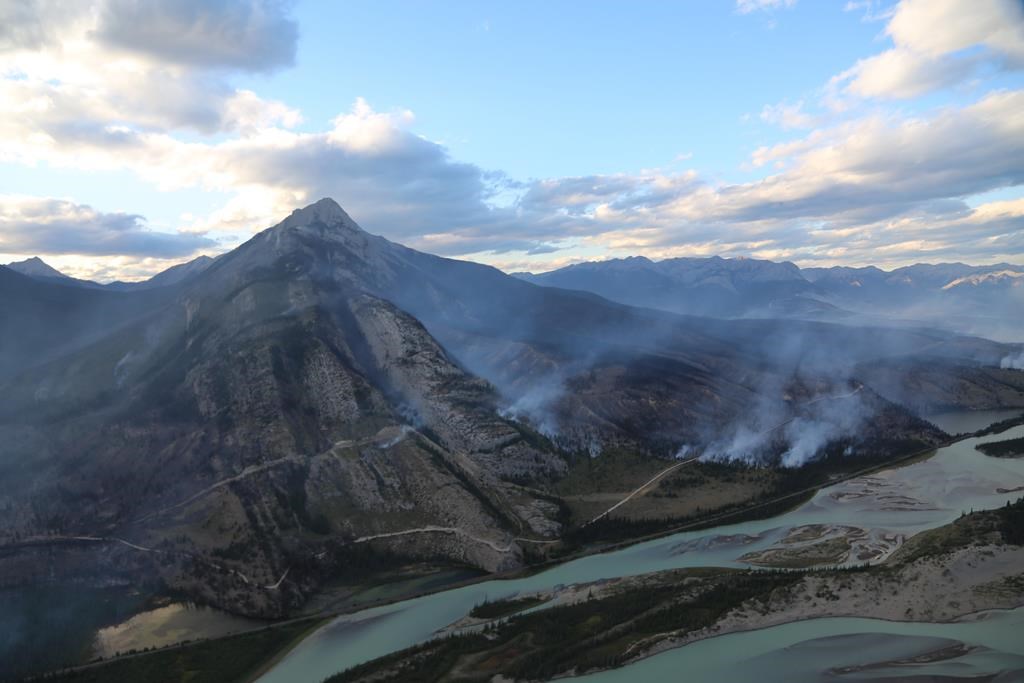 Parks Canada said it will allow the Chetamon wildfire in Jasper National Park to spread along the western perimeter for the ecological benefits.

In an update Monday, Parks Canada said fire management personnel spent time on the ground and in the air this weekend, assessing the western flank of the wildfire north of the Jasper townsite.

Because of the ecological benefits of wildfires, Parks Canada officials said it will allow the wildfire to spread on the western perimeter into the Chetamon Mountain Basin, Vine Creek Valley, Corral Creek Valley and Snake-Indian River Valley.

By allowing the fire to burn in these areas, Parks Canada said Jasper National Park will have renewed habitat for wildlife like grizzly bears, elk and wolves.

“Fires have many ecological benefits; they reduce fuels, release nutrients and allow for a mosaic of ecosystems that support a diversity of plants and wildlife,” Parks Canada said in a news release Monday morning.

“Natural features within these valleys, such as rocky ridges, water, and low-lying moist areas will help to contain the spread within the western flank.”

Allowing the fire to spread on the western flank will not put any communities or infrastructure at risk, Parks Canada said.

Chetamon wildfire ‘being held’ but activity could flare up

Hot, dry weather is likely to result in flare-ups and hot spots within the fire perimeter this week, according to Parks Canada. These conditions are also leading to increased smoke in the wildfire area.

Officials say this could lead to limited growth, but added the fire is still being held and there is no concern or risk to communities or infrastructure.

“Fire suppression takes time, patience, and attention to detail,” Parks Canada said. “Seeking out and extinguishing hot spots is an important piece in ensuring the fire doesn’t remain burning underground in these areas throughout the fall and winter months.”

For the next several weeks, people can expect to see columns of smoke, flare-ups and potentially torching trees in the Chetamon wildfire perimeter.