Home Tech News Welsh residents defiant as their village is set to be abandoned to...
Tech News 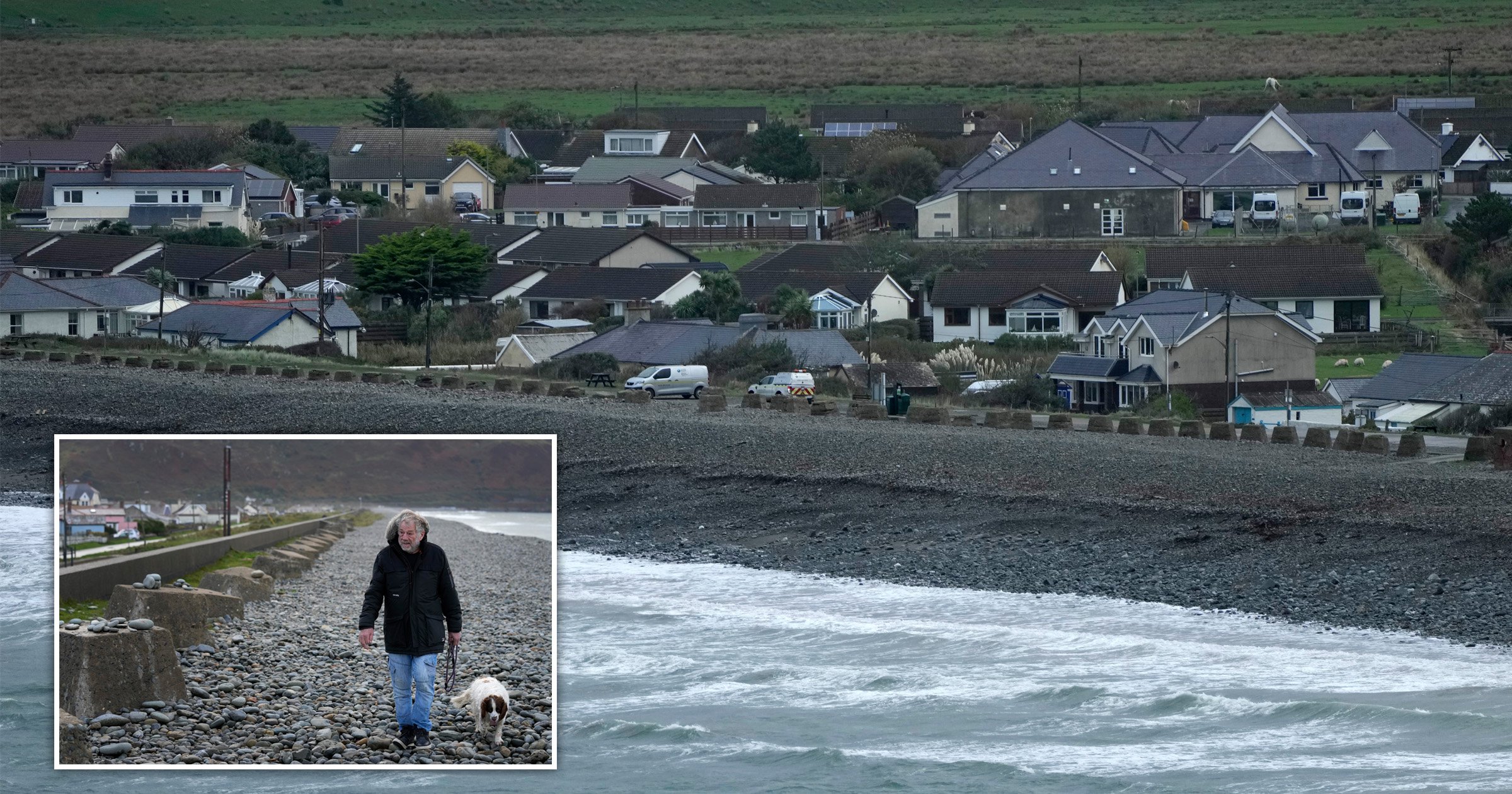 Like many others who came to Fairbourne, Stuart Eves decided the coastal village in northern Wales would be home for life when he moved here 26 years ago.

He fell in love with the peaceful, slow pace of small village life in this community of about 700 residents nestled between the rugged mountains and the Irish Sea.

‘I wanted somewhere my children can have the same upbringing as I had, so they can run free,’ said Eves, 72, who built a caravan park in the village that he still runs with his son.

That changed suddenly in 2014, when authorities identified Fairbourne as the first coastal community in the UK to be at high risk of flooding due to climate change.

Predicting faster sea level rises and more frequent and extreme storms due to global warming, the government said it could only afford to keep defending the village for another 40 years.

Officials said that by 2054, it would no longer by safe or sustainable to live in Fairbourne.

Authorities therefore have been working with villagers on the process of so-called ‘managed realignment’ – essentially, to move them away and abandon the village to the encroaching sea.

Many were left shocked and angry by national headlines declaring their whole village would be ‘decommissioned.’ Seven years on, most of their questions about their future remain unanswered.

‘They’ve doomed the village, and now they’ve got to try to rehome the people. That’s 450 houses,’ said Eves, who serves as chair of the local community council.

‘If they want us out by 2054, then they’ve got to have the accommodation to put us in.’

No one here wants to leave.

While many are retirees, there are also young families raising a next generation. Locals speak proudly of their tight-knit community. And although the village center only consists of a grocer’s, a fish and chip shop and a couple of restaurants, residents say the pebbly beach and a small steam train draw bustling crowds in the summer.

Natural Resources Wales the government-sponsored organization responsible for the sea defenses in Fairbourne, said the village is particularly vulnerable because it faces multiple flooding risks. Built in the 1850s on a low-lying saltmarsh, Fairbourne already lies beneath sea level at high spring tide. During storms, the tidal level is more than 1.5 meters (5 feet) above the level of the village.

Scientists say UK sea levels have risen about 10 centimeters (4 inches) in the past century. Depending on greenhouse gas emissions and actions that governments take, the predicted rise is 70 centimeters to 1 meter by 2100.

Fairbourne is also at the mouth of an estuary, with additional risks of flash floods from the river running behind it. Officials have spent millions of pounds in strengthening a sea wall and almost 2 miles of tidal defenses.

While there are flood risks in many other villages along the Welsh coast, decisions on which areas to protect ultimately boil down to cost. Officials say that in the case of Fairbourne, the cost of maintaining flood defenses will become higher than ‘the value of what we’re protecting.’

The effects of climate change that negotiators at the United Nations climate summit in Glasgow, Scotland, are working to mitigate already are a reality here.

Catrin Wager, a cabinet member of Gwynedd Council, the local authority overseeing Fairbourne, stressed that while Fairbourne may be the first Welsh coastal village to be designated unviable due to climate change, it certainly won’t be the only one. There’s no precedent for how to develop policies for helping the villagers adapt, she said.

‘We need more answers from the Welsh and UK governments, that’s my message going into this (UN summit),’ Wager said. ‘We really need to get some guidance on not only mitigating the effects of climate change, but about how we adapt for things that are already happening.’

Across the UK, half a million properties are at risk of coastal flooding – and that risk figure will jump to 1.5 million by the end of the 2080s, according to the Climate Change Committee, an independent advisory body set up under climate change laws.

The government needs to be much more upfront about such risks, said Richard Dawson, a member of the committee and professor of engineering at Newcastle University.

Ultimately, ‘difficult decisions’ need to be made about many coastal settlements with disproportionately high numbers of older and poorer residents, he said, and officials need to prepare people for moving inland.

‘Whatever happens at COP the sea level will continue to rise around the UK, that’s something we absolutely need to prepare for,’ Dawson said. ‘We have to be realistic. We can’t afford to protect everywhere. The challenge for government is that the problem is not being confronted with the urgency or openness that we need.’

In Fairbourne, a continuing standoff between villagers and officials underlines that challenge. Residents feel they have been unfairly singled out and aren’t convinced there is a clear timeframe on how quickly sea levels will rise enough to threaten their homes. When and how will evacuation take place? Will they be compensated, and if so how much should it be?

There are no answers. The village vicar, Ruth Hansford, said many residents suffered “emotional fatigue” from years of uncertainty and negativity. Others simply decided to carry on with their lives.

Becky Offland and her husband recently took on the lease of the Glan Y Mor Hotel, going against the grain and investing in the village’s future. They’re hopeful their business will bring more visitors and financial support to Fairbourne.

Down the street, Fairbourne Chippy owner Alan Jones 64, also said he has no plans to go anywhere.

‘Until water actually comes in here, ’til we physically can’t work, we’ll carry on,’ he said.

Eves said he and his son believe that ‘what will be, will be.’ But he will mourn the inevitable disintegration of the village he loves.

‘You can’t sort of take this village here, and put it over there and expect it to work again,’ he said. ‘What you have here is a human catastrophe, albeit on a small scale.’


MORE : What parts of the UK will be underwater if sea levels keep rising?