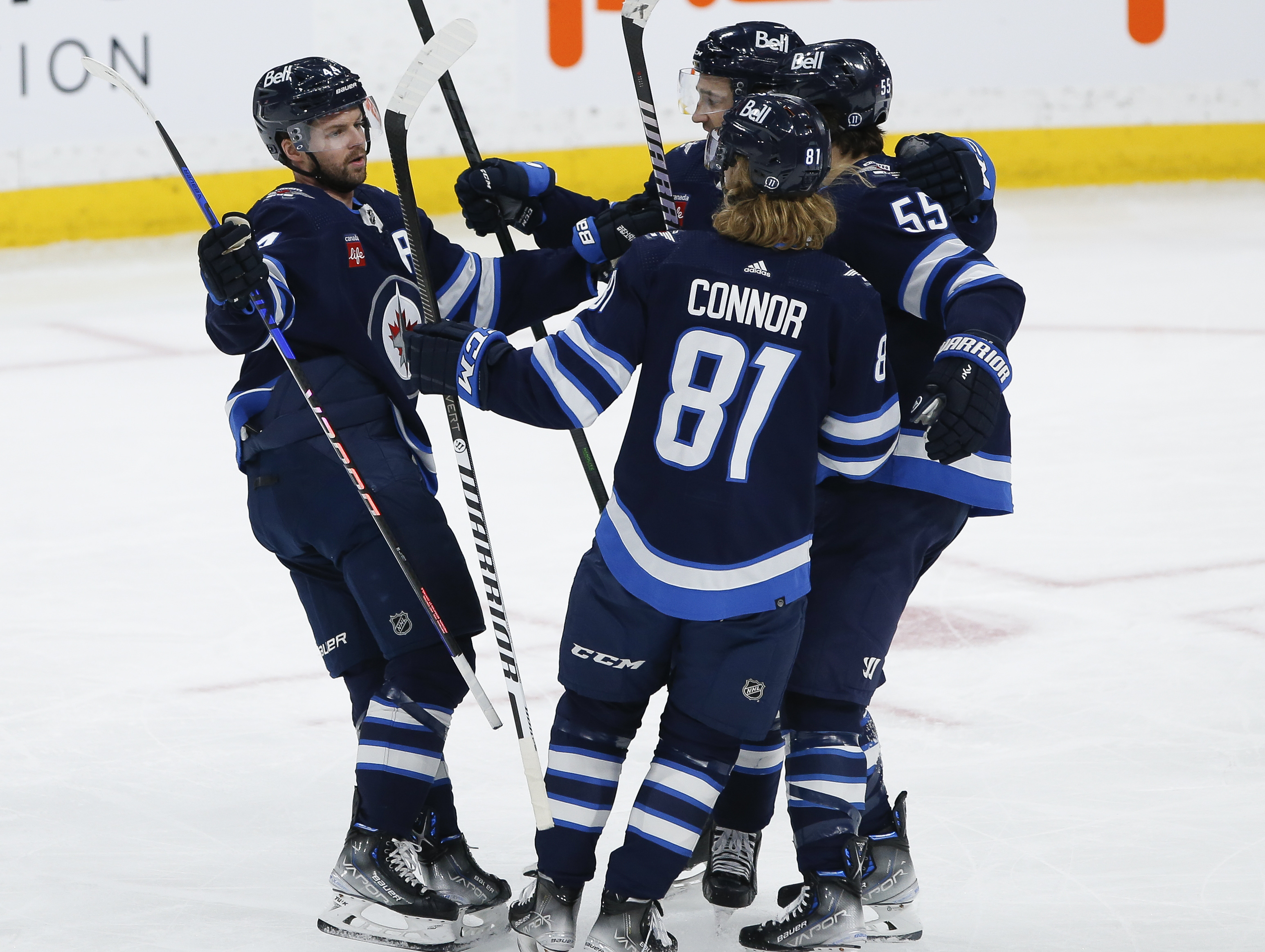 MacKenzie Weegar finally notched his first goal as a Flame on Saturday night and it was an important one.

Coming in game No. 37, Weegar scored the game-winner and added an assist for his first multi-point game since opening night. He lead Calgary to a 3-2 win over the division rival Vancouver Canucks.

“It feels great. Even better with the two points, obviously,” said Weegar, who scored a career-high eight goals last season with Florida.

But you wouldn’t have known the goal on a point shot at 14:17 of the second that made it 3-0 was of any significance with his muted celebration.

“It was a weird play. I honestly thought that it was going to be offside. (Chris Tanev) kept a good puck in and I didn’t want to jinx it by overcellying,” said the Flame defenceman, who came to Calgary with Jonathan Huberdeau in an off-season deal that sent Matthew Tkachuk to the Panthers.

His teammates were happy to see him finally break that goose egg.

“Weegs is the best, man. He’s a great guy, great teammate. We joked about it this morning, we thought he was gonna get one and he did,” said Blake Coleman

“It was a turnover at the blue line. I knew that they were kind of tired. I heard the coaches yelling at them to change, so I hung on to the puck a bit,” Weegar said. “I was actually looking for (Coleman) to go for a breakaway. But Ras was yelling at me and I just got it to him.”

“I don’t think our first two periods were good. Especially me. I made too many turnovers, too many simple mistakes,” Pettersson said. “Always try to make the hard play so I’ve got to definitely be better.”

Before losing Thursday in Winnipeg, the Canucks had won seven in a row in opposition rinks.

“We’ve been playing great on the road so it’s disappointing that we didn’t come home with any points on this trip,” said Canucks goaltender Spencer Martin. “We’re going to have to bounce back and make it really hard to play in Vancouver.”

The inability to generate any momentum with the man advantage haunted Vancouver in the second period as they had three power plays but failed to score and were outshot 3-2 by Flames’ penalty killers, and outscored 1-0.

Dries got one back for Vancouver at 15:28 of the second.

The resilient Canucks climbed within one at 4:06 of the third, when Pettersson buried a rebound, but Vancouver could not find the tying goal even though they pushed hard.

Canucks open a two-game homestand on Tuesday against the New York Islanders.