Home New Release ‘We have nothing’: Ukrainian family adjusts to new life in B.C.
New Release

‘We have nothing’: Ukrainian family adjusts to new life in B.C. 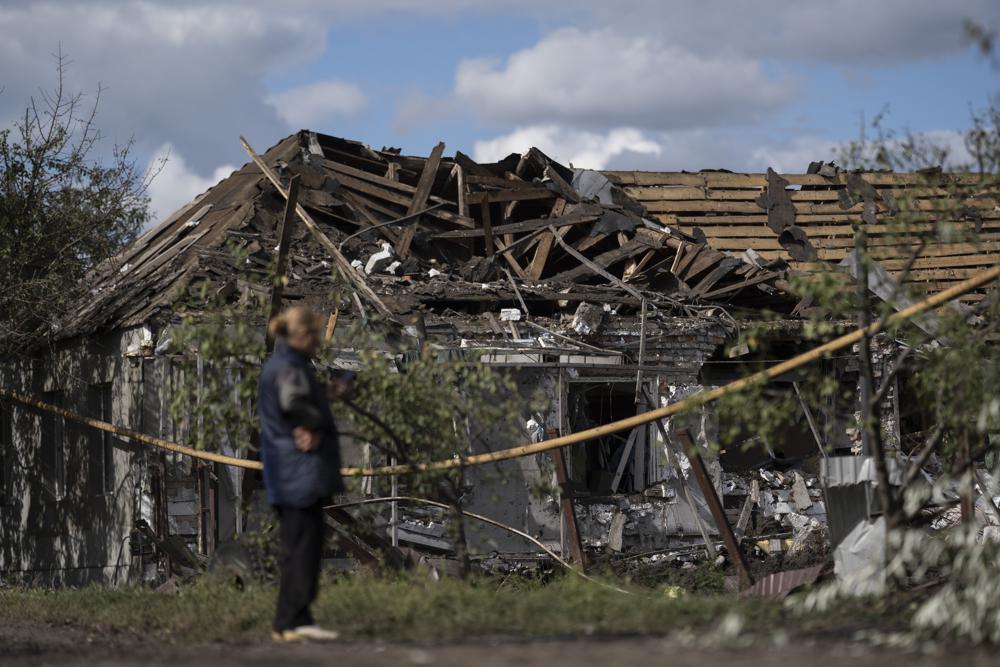 A Ukrainian mother and her daughter, forced to flee because of the Russian invasion, are adjusting to a new way of life in Canada and the transition hasn’t been easy.

Olga and Liubov Myrochuk left their home in the city of Irpin, outside of Kyiv, after a neighbour called to say the war was starting.

The pair crossed the border to Poland, and with the help of a friend, finally found a place to live in Abbotsford, B.C.

“We need to start our life from scratch because we have nothing,” Olga Myrochuk said in an interview outside her temporary home in Abbotsford.

“We come here with just a suitcase because we had no time to plan our journey, our trip to Canada.”

Now, Myrochuk is living in a townhouse complex with many other Ukrainian families.

She said the group of Ukrainians usually has bible study once a week, where they sit and pray for those back home.

It’s nice to feel a sense of normalcy with other families who speak the same language, she added. They share their struggles about immigrating to Canada, sometimes speaking through a WhatsApp messenger, and occasionally get together to host a traditional Ukrainian picnic.

Myrochuk said being surrounded by people who went through a similar journey has helped her, but the pain of seeing war in her country is still a day-by-day battle.

“For me, it’s hard to understand that I’m in a new real(ity) and I have to start (a) new life because my heart is in Ukraine,” Myrochuk told Global News.

Her friend, Zlata Zolotarova, moved to Canada nearly five years ago and is now helping Ukrainians adjust to a new way of life.

“I wanted to help Ukrainians because I’m Ukrainian and it wasn’t difficult because everybody pitched in to help,” she said.

Zolotarova added moving Ukrainian refugees to Canada has been fairly easy, but there have been delays in approving papers. Some refugees who work in trades or speak fluent English are being offered jobs.

Myrochuk’s path will be more difficult.

“There are some jobs like cleaning and construction (here), but I’m looking for a job that matches my education (as a teacher),” she said.

She will also have to figure out how to support her extended family back home, still stuck in a warzone – her sister, brother, mother-in-law and father-in-law.

She also wants to become more proficient in English and write a children’s book, compiling the struggles Ukrainian children have faced during the conflict.

Myrochuk’s biggest desire is to one day go back to Ukraine, visiting different parts of the country to help children and their families struggling with the after-effects of war.

Despite the obstacles, Myrochuk said she’s thankful to have found such a loving community.

“I’m so thankful for Canada. People are so welcoming.”

Myrochuk said it has been a nice experience to live in the community in Abbotsford as it allows her to feel a sense of normalcy with other families who speak the same language.

However, what’s most paramount, is that everyone in the community relates to the pain and struggle of living through a war. Myrochuk said that bond is something that’s formed a deep connection with people who may have originally been strangers.

For now,  as Myrochuk looks ahead at the future and the numerous obstacles in her path, she said a warm welcome is just one of the many things Canada can provide Ukrainian refugees.