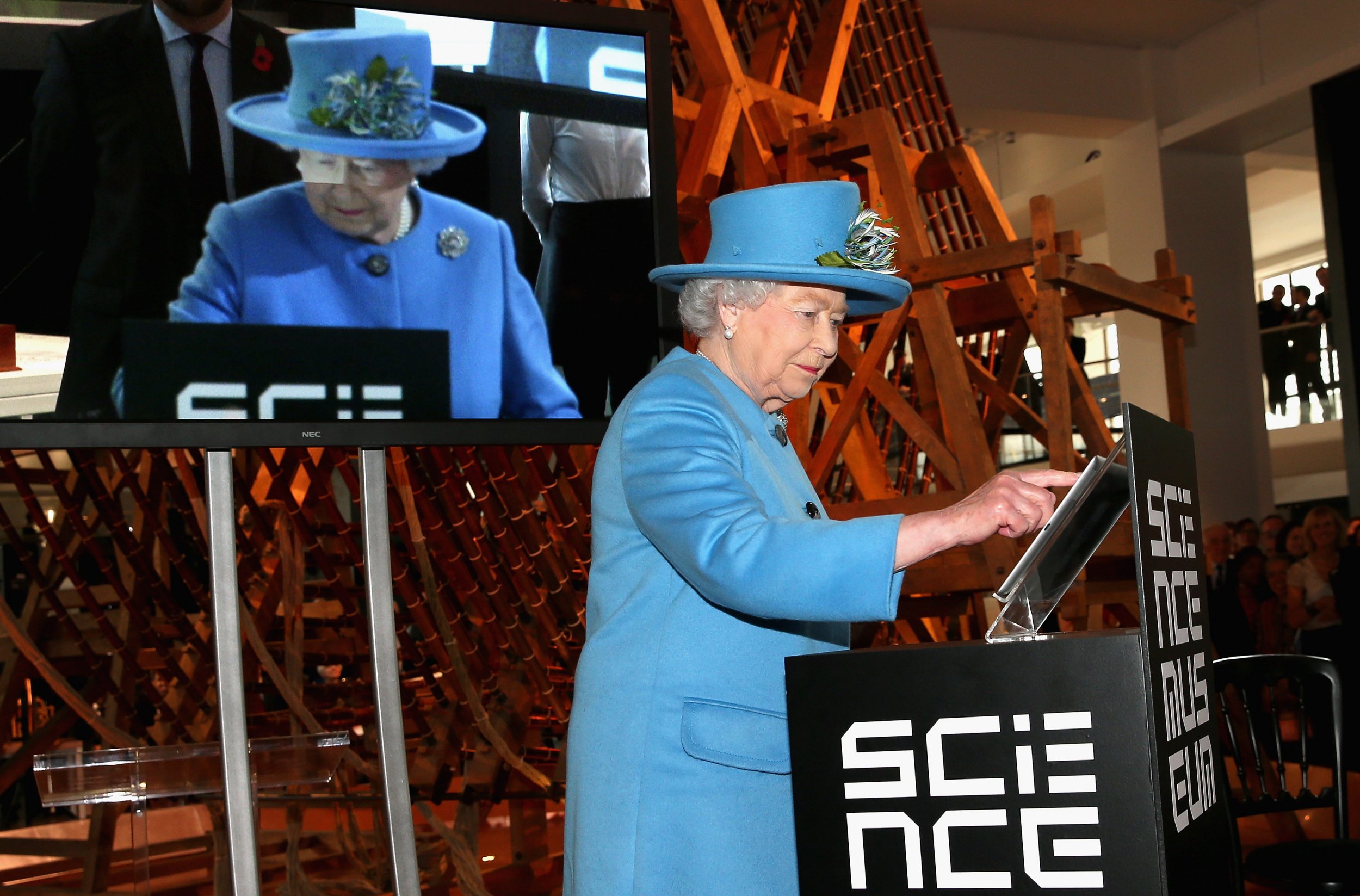 Even in her later years, the Queen used her position to promote technology and digital innovation.

Her coronation was the first to be broadcast on television in 1953, sent her first email back in 1976 and even filmed her annual Christmas message in 3D in 2012.

No stranger to social media, she used both Twitter and Instagram accounts as part of the royal family.

The Queen posted her first tweet in front of a live audience at the Science Museum in London as part of its 2014 ‘Information Age’ exhibition.

The event showcased six generations of communications technology, from transatlantic telegraph cables built in the 1850s to connect Europe with the US to the modern smartphone.

The Queen’s message read: ‘It is a pleasure to open the Information Age exhibition today at the @ScienceMuseum and I hope people will enjoy visiting. Elizabeth R.’

She posted to the ‘British Monarchy’ account, which has since been renamed ‘The Royal Family.’

Rarely used by members of the family themselves, the account is managed by staff who post regular photos and updates about the activities of senior royals.

Other royals have been known to use the platform, including Prince Harry, who sent a selfie on the @InvictusGames account.

Inspired by the US Warrior Games, the prince set up the event in 2014 for wounded servicemen and women.

Although she slowed down on the platform after becoming a mother in 2021, Princess Beatrice of York has been a prolific royal tweeter, sharing information about events she attends and milestones in her personal life.

Prince William and Kate and Prince Charles and Camilla also have Twitter accounts — @KensingtonRoyal and @ClarenceHouse, respectively. These accounts are also mostly managed by staff.