Wanted man arrested after climbing onto roof of ambulance in Surrey, B.C. 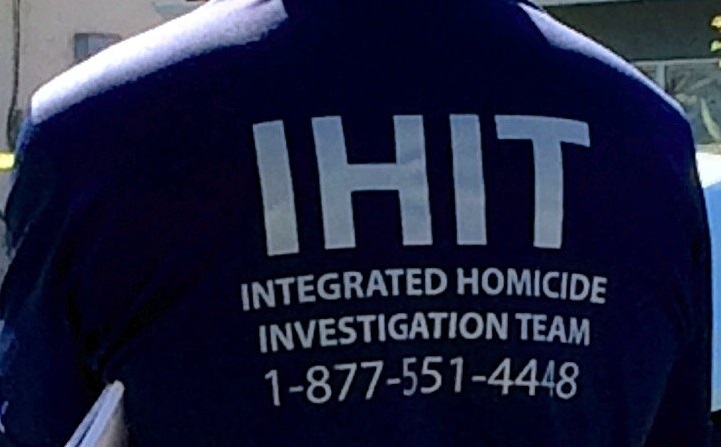 A man has now been arrested after climbing onto the roof of an ambulance in Surrey, B.C. and sitting on it for several minutes.

The bizarre incident took place on Aug. 23 after 3:30 p.m. in the Guildford neighbourhood and was captured on camera by nearby resident Rick Baker.

In his footage, the shirtless man can be seen leaning against the hood of the vehicle at an intersection before scaling over the windshield to the roof and taking off his backpack.

“All he’s doing is delaying the ambulance. Who knows if the ambulance was going somewhere?” Baker said in an interview. “He just leaned there, then he climbed up onto the top and sat there.”

He offered “no resistance” when police came to take him down, Baker added.

Surrey RCMP said officers were called to the 13400-block of 104 Avenue that day to respond to an “unwanted person” at a store. By the time they arrived, the man had left and climbed onto the immobile ambulance, whose lights were flashing.

They talked him down from the roof and police checks later revealed the man had an outstanding Canada-wide warrant for his arrest related to his revoked parole.

Police declined to reveal any charges that had been laid against him.

In its own statement, BC Emergency Health Services said paramedics were responding to a non-urgent, yellow-coded medical call.

“The crew was delayed by 20 minutes in arriving at a residence near 110 and 126A Street in Surrey,” it wrote. “Paramedics later cared for and transported the patient to hospital.”

Suspect in 2021 shooting in Whalley wanted on Canada-wide warrant

Troy Clifford, president with the Ambulance Paramedics of BC, said he’s aware of the incident and the crew inside the ambulance “handled themselves very professionally” while waiting for police.

“I think the outcomes were fine. Luckily the safety and everything worked out,” he told Global News.

“The crew clearly handled it appropriately where they didn’t panic or do anything to escalate the situation, which makes us all proud to see.”

Clifford suggested the incident is indicative of increasing mental health challenges in the city.

“Although we all can find a little humour in the lightness of it, it’s still a dangerous situation,” he said.

Baker said the strange incident was “not really surprising,” as “a lot of different stuff” happens regularly in the neighbourhood. Baker, who manages his building, said he “deal(s) with it all the time.”

“It’s not a normal thing to do. Block an ambulance … that’s the last thing you’d want to do,” he said. “I don’t know what his reaction or demeanour was … this could have been a cry for some help.”

Baker’s cell phone footage has been viewed more than 100,000 times on Facebook. He made the video public, he added, in the hopes it may result in more resources for both paramedics and those dealing with mental health and addiction challenges.