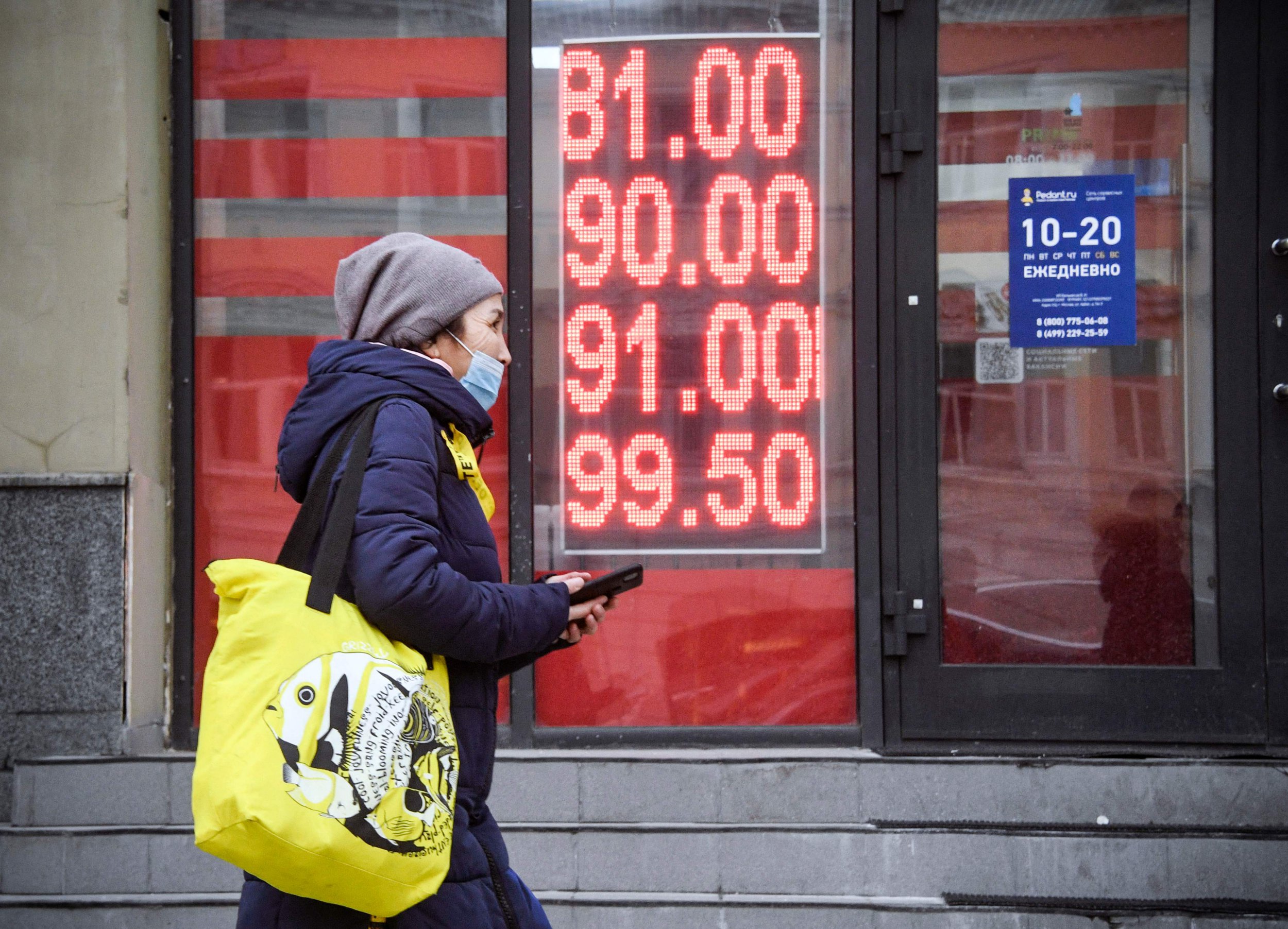 On Monday, Visa said that it was taking prompt action to ensure compliance with applicable sanctions, adding that it would donate £1.4 million for humanitarian aid.

‘We will continue to work with regulators in the days ahead to abide fully by our compliance obligations as they evolve,’ Mastercard said in a separate statement late on Monday, adding that it would also contribute $2 million.

The American government sanctions require Visa to suspend access to its network for entities listed as Specially Designated Nationals, a source familiar with the matter told Reuters.

On Monday, a senior Biden administration official told CNBC the measure would take effect immediately following intelligence that the central bank was trying to move its assets out of foreign countries.

On Saturday, the US, Britain, Europe and Canada announced new sanctions on Russia, including blocking certain lenders’ access to the SWIFT international payment system.

Russians rushed to ATMs and waited in long queues on Sunday and Monday amid concerns that bank cards may cease to function, or that banks would limit cash withdrawals.

International people in Russia report not being able to withdraw money using their cards.

Russians can no longer use their bank cards with Google Pay and Apple Pay as newly-imposed financial sanctions took effect on Monday.


MORE : What does the UK import from Russia and what will the sanctions impact?