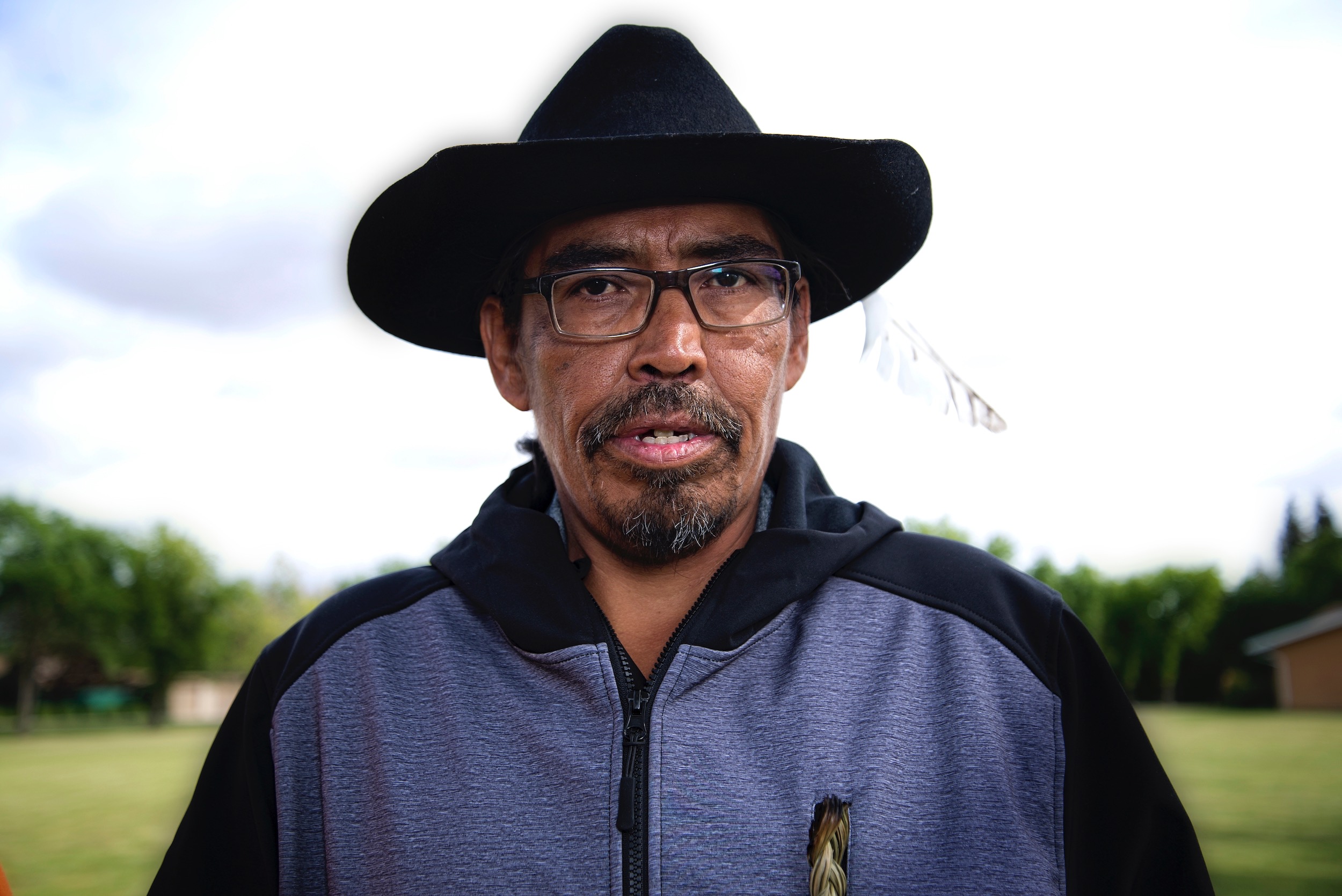 His capture and subsequent death in custody on Wednesday was the end of four days on the run for the 32-year-old resident of James Smith Cree Nation, but he was accustomed to life as a fugitive.

A Global News review of his history before Saskatchewan’s criminal courts shows he spent much of his adult life evading justice for the crimes he committed.

Just two weeks after he turned 18, his court file says he attacked a man at the James Smith Cree Nation with a knife, assaulted a woman, and was “running from police.”

For the next 14 years, he appeared in provincial court files again and again as “at large” and wanted on warrants as he accumulated victims throughout Saskatchewan.

During that time, he was charged with a remarkable 125 crimes, according to the 47 cases filed against him in the province’s criminal courts. (His youth record cannot be reported.)

Those include two attempted murders, 18 assaults and three break-and-enters, the court records show. Four of the assaults were stabbings — using knives, a fork and broken beer bottles.

He stole cars, robbed a Subway restaurant and broke into a liquor store in Melfort. He threatened to kill people and walked naked in a park near a Saskatoon elementary school.

He resisted police when they caught up with him, once kicking an officer in the face and head, but when he got into the courtroom, his charges were sometimes stayed or withdrawn.

For his 59 convictions, his sentences were as minimal as house arrest. One was two days. Other times, he was given sentences concurrent to ones he was already serving.

He was repeatedly ordered by judges to keep the peace, and undergo counselling for anger, drugs and alcohol. But as soon as he was back on the streets, he carried on.

He was caught breaching his release conditions 65 times, his court files show. Many of those breaches were for violating a drug and alcohol ban, while others were for possessing weapons.

“There’s been failings,” said John Burns, the uncle of Carol Burns, 46, and Thomas Burns, 23, who were among the 10 killed in the Sunday morning bloodbath at James Cree Smith Nation.

“The sentiment of a lot of people around here is that he shouldn’t have been let out. My sister Arlene Moostoos was stabbed, too,” he said. “How could he have been let away with these things?”

Both Sanderson and his brother Damien, 31, accused by the RCMP of one murder and one attempted murder in the weekend attack, were wanted on outstanding warrants at the time of the killings.

Warrants for Damien’s arrest were issued on Aug. 7, 2021, after he allegedly committed an assault at James Smith Cree Nation, and again on June 23, 2022, for another assault.

His body was found Monday in tall grass near the scene of the killings. Police suspect Sanderson killed him. Members of the community said he was not a career criminal like his brother.

Sanderson was also the subject of an outstanding arrest warrant issued on June 1 that alleged he was “at large without lawful excuse before the expiration of a term of imprisonment.”

Sanderson’s court file is a catalogue of violence, second chances and missed opportunities. It also contains hints of the outburst that would occur on Sept. 4, which left 29 dead and injured.

Seven of his charges were for assaulting his common-law spouse Vanessa Burns. A week after one of his domestic assaults in 2015, he allegedly tried to stab her father Earl Burn Sr. to death.

He also attacked her mother Joyce Burns. Earl Burns Sr. was among those killed on Sept. 4, and Joyce Burns was injured. In court, he pleaded guilty to three lesser offences and was sentenced to two years less a day.

Upon his release, he stabbed two men, beat one of them unconscious and, when he was being arrested, fought with police. That earned him a 569-day sentence.

Together with other crimes he committed around that time, his sentence came to over four years. But he was freed on statutory release in August 2021.

Three months later, he was locked up again for violating the terms of his release, but the Parole Board of Canada ruled in February he did not pose a risk to the community and he was released again.

“They should’ve done their homework with him. They shouldn’t have let him out,” said Brian Burns, whose wife Bonnie, 48, and son Greg, 28, were among those killed in stabbings.

He said he had spoken to an inmate who was imprisoned with Sanderson. The inmate said Sanderson had talked about a revenge killing before he was released. His target was Earl Burns, Sr., he said.

“He said he was plotting this from inside, when he was in the pen,” Burns said. “Earl was his focus. Just because he was protecting his daughter and grandkids all the time.”

Shown Sanderson’s court file, Burns pronounced it “quite thick, it’s a lot. … There needs to be some kind of an inquiry. The families need answers. I think it would help me. I’d like to know what happened.”

He said a public inquiry should examine what happened, as well as how Sanderson was dealt with by the province’s justice system and the programming offered to him in prison.

“He should have been seeking elders, picking up tools to help him cope with whatever was bugging this young man,” said Burns, who had struggled with drug use and violence in his past but was able to go straight with his late wife’s help.

Saskatchewan stabbing suspect was not considered a risk by parole board, report shows

According to his parole records, Sanderson began using drugs and alcohol at age 12 “to cope with problems.” In addition to drinking, he used cocaine and crystal methamphetamine.

“While it is reported that you completed substance abuse treatment in the past, you have not been able to maintain long-term sobriety,” the Parole Board wrote.

During his most recent prison sentence, Anderson “participated in programming and cultural activities, and engaged with the Elders” and “completed employment certificates and self-help courses.”

Following his release into the community, Sanderson started a program for Indigenous offenders, but he only attended six sessions and skipped four before he was arrested again.

“Colonial Canadian policies have devastated our people and community for years,” he said. “It was integration, assimilation and liquidation to make us like them.”

That led to a rise of abuse, mental health issues, a high suicide rate, drug and alcohol addictions and gangs, he said. James Smith Cree Nation faced extra trauma after its forced assimilation with the Peter Chapman Band and the Chakastaypasin Band of the Cree Nation.

“Now we’re blaming a young man because he was addicted to drugs and alcohol and violence. … Well, other people are hurting too and that violence won’t stop,” he said.

“I don’t condone what he has done but those are symptoms that have been there for many years. It’s happening in many places, not just JSCN. But nobody realizes it’s coming from systemic racism and colonial suppression.”