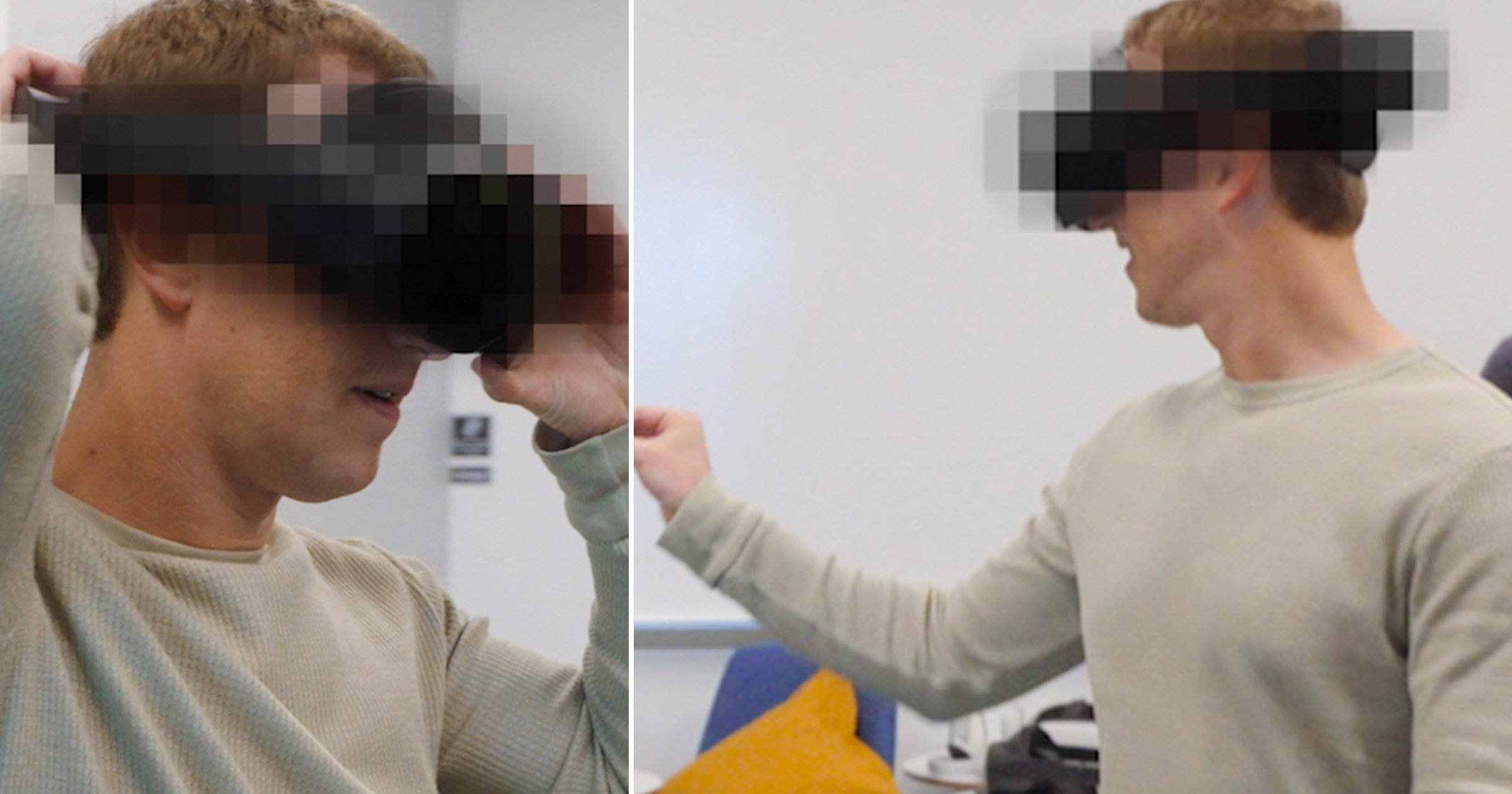 Tech leaks seem to be inevitable in the days leading up to a launch event and this time it’s Mark Zuckerberg’s top-secret Virtual Reality (VR) headset that’s been spotted in the wild.

A leaked video this week claims to show Meta’s upcoming ‘Quest Pro’ VR headset ahead of the launch event next month.

Images of the alleged device was posted in the comment section of a post on the Oculus Quest 2 Facebook group by Ramiro Cardenas, who claims that he found multiple devices left behind in a hotel room.

He later shared a video where he unboxes a black headset and controller that does resemble the Project Cambria headset teased by Zuckerberg in May.

If this really is the Quest Pro then it’s had a significant design update with three cameras on the front of the headset and solid controllers replacing the hollowed-out loop design.

A label on the box reads that the device is ‘Not for resale’ and is an ‘engineering sample’.

Cardenas told The Verge that the person who stayed in the room has since claimed the headsets but it looks like the damage has been done. However, a leak just a month ahead of launch is not so bad if it can generate some much needed buzz for Meta.

According to the company’s earning report from May, Meta has spent around $3.7 billion (£2.9 billion) on Reality Labs, its VR and AR division.

In comparison, the metaverse vertical has only made $700 million (£559 million) in revenue.

We will be able to verify the contents of the leak at Meta’s Connect event on October 11 where the company is expected to unveil Project Cambria and other plans for the metaverse, AR, and VR.

The headset is supposed to offer high-resolution, full-colour passthrough, which means users can interact with virtual objects superimposed onto their actual reality.

Think of it like an advanced version of playing Pokémon Go – where you could hunt for Pokémon in your real-world environment.

Current Quest headsets are only capable of displaying passthrough content in shades of grey, but the Quest Pro will have advanced image sensors to make the real world look better inside the headset.