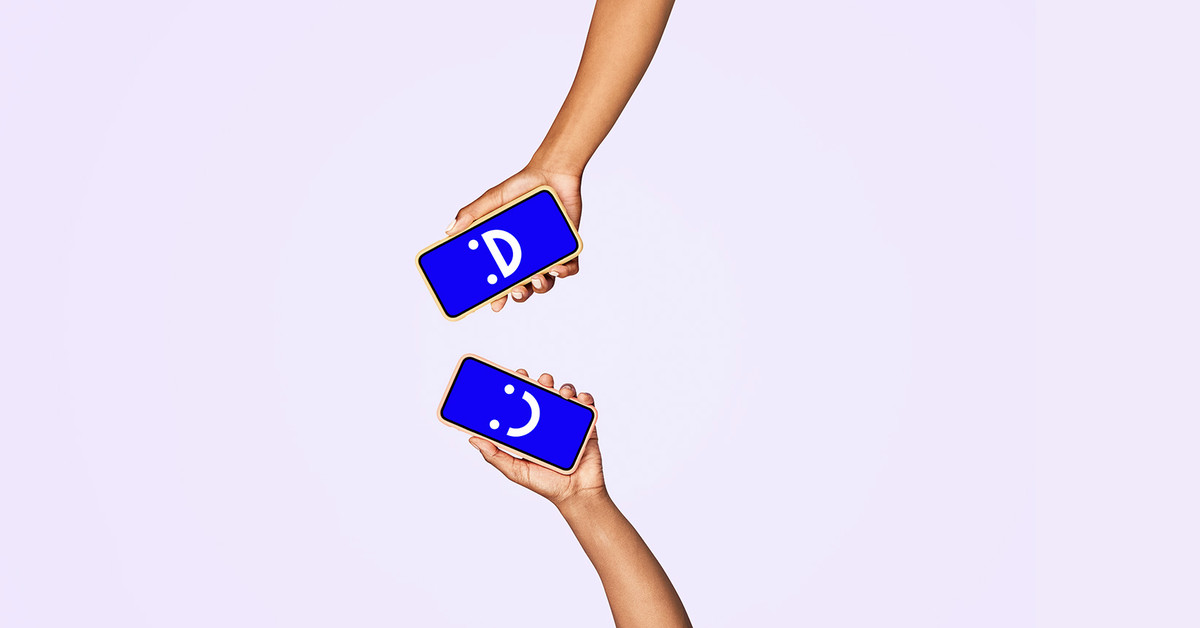 Last week, Verizon’s budget-focused carrier Visible announced some sweeping changes, introducing new plans that utilize an entirely different network infrastructure. The carrier told customers that if they chose to upgrade, they’d get better roaming coverage and latency as well as extra features if they sprung for the $45 a month Visible Plus plan.

Reviews among those who have successfully upgraded or signed up seem to be largely positive — most report seeing better speeds and significantly improved latency. (Though there are a few who say they don’t really notice any difference between the legacy plan and the new one.) But for many other customers, the switch has been fraught with service and customer support issues.

One of the most frequent complaints among people on the Visible subreddit is a lack of service after upgrading. A few say they didn’t have any service at all after signing up. (One user humorously quipped, “Fortunately, between the referral bonus and a Chase credit card offer, I effectively paid $0 for that month of [Visible Plus] service, so I can safely say I got what I paid for.” More common, though, are reports of semi-working service. Several users report that they’re able to text and make calls but can’t use data; others report having data but no calls or texts. There are even a surprising number of people saying they can send texts, make calls, and use data, but they aren’t receiving incoming calls.

Verizon didn’t immediately provide The Verge’s with a comment on the issues customers are facing.

Some people haven’t been able to get to the point where they’d know if they were having service issues, as they’ve run into issues trying to get their phones activated after popping in the new SIM card that the plan requires (or after downloading the eSIM). One person said their phone still failed to activate even after Visible support said the issue was fixed.

Not everyone is having the same upgrade experience.

That brings us to another common complaint: several people say they’ve had to spend hours talking to or waiting on Visible support staff, sometimes to no avail. While there are just as many people saying they got a good support experience, it seems like Visible’s struggled with consistent communication during the launch. The day the new plans were announced, someone posted a message from customer support that suggested Visible was planning to force everyone onto the new plans starting on January 1st, 2023. Other commenters said they’d been told the same thing. However, Visible denied that was the case, saying it plans to let people stay on the legacy Visible Unlimited plan for as long as the underlying infrastructure remains available.

This may be where Visible’s role as Verizon’s budget carrier comes into play. Unlike the mainline carrier’s customers, Visible users can’t walk into a store and hand a tech their phone. Visible’s support site says you may be able to talk to someone on the phone but only after you reach out via chat. Not having physical locations is relatively common for budget carriers (renting retail space is expensive, after all), but the upshot is that people have been waiting for hours or even days for help that would only take a minute or two in person.

In some ways, it’s easy to see how this mess happened. Verizon isn’t simply changing the pricing structure of its plans and calling it a day. The new plans use a completely different “core network routing experience,” as Visible’s announcement post put it. The old Visible Unlimited plan used what has come to be known as the cloud core, which routed traffic through a variety of virtualized services, according to Light Reading. The new plans, however, are part of what Visible calls its network evolution, which changes “how and where” users connect. The change seems to make Visible’s network a lot more like Verizon’s, giving users access to roaming, premium data (if they pay for it), and lower latency.

While solid technical details are sparse, it’s clear that Visible is making some big changes here — the fact that you need a new SIM to switch and that not every device that worked on the old plan will work on the new ones drives that point home. And big changes usually (though not always) come with glitches for early adopters, especially with things as complex as cell networks. But hopefully Visible gets things figured out soon or at least improves its support for those who do run into issues.

Until it does, as a Visible customer myself, I’ll be sticking with my $25 a month legacy plan. Given that it’s cheaper, is currently still working totally fine, and comes with many of the same benefits afforded by the new plans, it’s not that difficult of a decision.