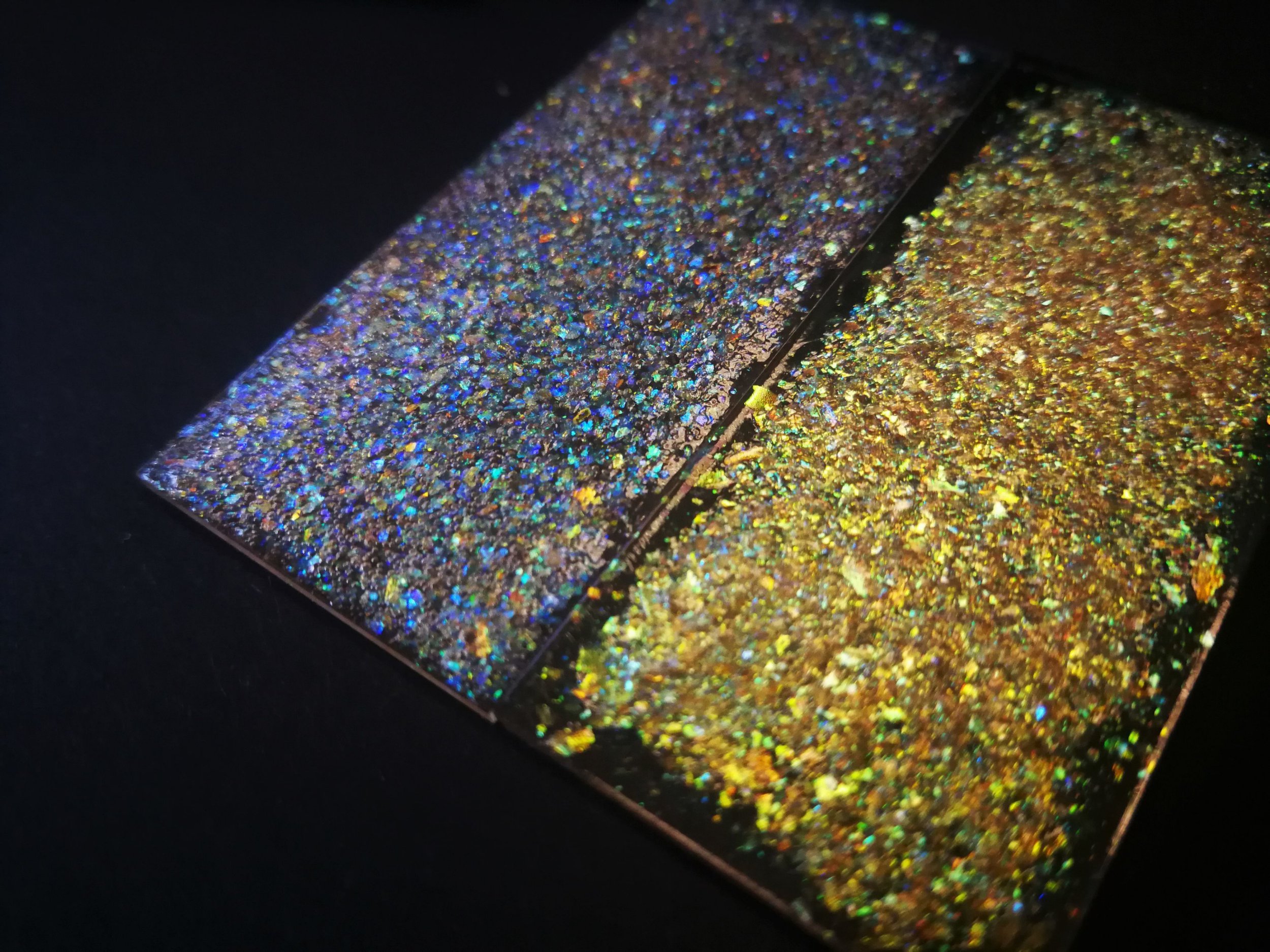 With Christmas fast approaching, all things sparkly are set to come under the spotlight, including glitter.

But while it may spark joy in some, it can be hard to clear up, is made of toxic and unsustainable materials, and contributes to plastic pollution.

However, researchers from the University of Cambridge have found a way to make sustainable, non-toxic, vegan and biodegradable glitter from cellulose – the main building block of cell walls in plants, fruits and vegetables – that is just as sparkly as the original.

The glitter is made from cellulose nanocrystals, which can bend light in such a way to create vivid colours through a process called structural colour.

Some of the brightest colours in nature are produced through the same phenomenon, including butterfly wings and peacock feathers.

The results are hues which do not fade, even after a century, researchers say.

Using self-assembly techniques that allow the cellulose to produce intensely-coloured films, the researchers say their materials could replace the plastic glitter particles and tiny mineral effect pigments which are widely used in cosmetics.

In Europe the cosmetics industry uses about 5,500 tonnes of microplastics every year, they say.

The cellulose nanocrystals films prepared by the team can be made at scale using roll-to-roll processes like those used to make paper from wood pulp.

Researchers say this is the first time these materials have been created at an industrial scale.

‘They get into the soil, the ocean and contribute to an overall level of pollution.

‘Consumers are starting to realise that while glitters are fun, they also have real environmental harms.’

After producing the large-scale cellulose films, the researchers ground them into glitter size particles which are biodegradable, plastic-free and non-toxic.

They say the demonstration of the fabrication process on commercial equipment is an important step towards making the new material available outside the lab.

According to the study, the process is far less energy-intensive than conventional methods.

Prof Vignolini said: ‘We believe this product could revolutionise the cosmetics industry by providing a fully sustainable, biodegradable and vegan pigment and glitter.’

While more work is needed on the process, the researchers hope to form a spin-out company to make their pigments and glitters commercially available in the coming years.

Prof Vignolini said the new glitter will still have all the fun of the original.

‘It will be just as annoying – but it won’t harm the planet and is safe for your little ones,’ she said.


MORE : Plant-based and vegan treats, snacks and sweets for you and your pets


MORE : This vegan spiced pumpkin pie recipe is a plant-based twist on the classic