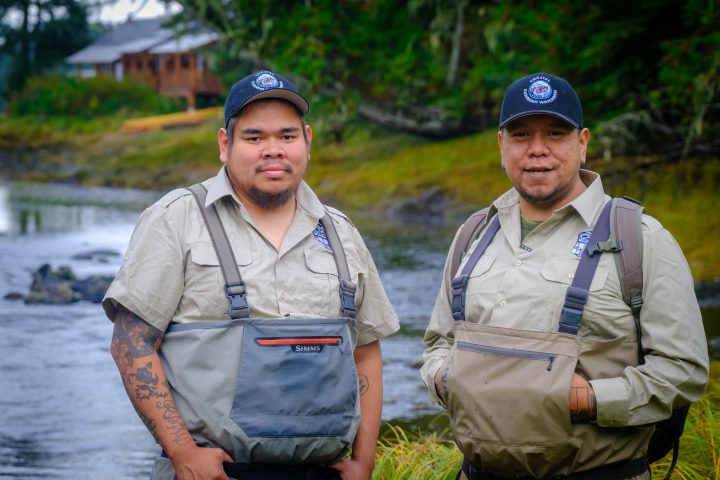 First Nations communities on Vancouver Island are looking to double the size of an initiative that sees members patrol the coast to protect public safety and the environment.

“Our goals for the Guardian program are to make sure that each of our communities have that boots-on-the-ground presence in their territories,” explained Dallis Smith, president of the Nanwakolas Council.

“For far too long we’ve depended on other levels of government to provide the oversight in our territories and it’s really left us in a position of disrepair.”

The Nanwakolas Council is made up of five member nations whose territory stretches north from Nanaimo and up into the Discovery Islands and adjacent mainland fjords.

Indigenous Guardians are patrolling the front lines of climate change

To cover that massive 3.2 million-hectare area, there are currently just 20 members of the Guardian program.

The council is fundraising to create a $30-million endowment with the aim of doubling that number to 40 paid Guardians.

Guardians, the nations say, are a 21st century form of their communities’ traditional stewardship of the lands and waters, ensuring they are protected and resilient for generations yet to come.

“The big picture is to change the way we do business. We’re seeing the destruction of all our ecosystems,” Tlowitsis Nation Guardian Gina Thomas explained.

“We can collect information and data in our territory to essentially fill in the gaps of how to preserve it,” added Krissy Borwn, a Guardian with the K’omoks Nation.

18:53
How Indigenous Guardians are on the frontlines of climate change

How Indigenous Guardians are on the frontlines of climate change – Nov 13, 2021

Along with environmental stewardship, the Guardian program has the potential to play a vital link in coastal search and rescue and marine response.

Coastal Guardians were first on the scene in two of the province’s most recent marine disasters, the deadly 2015 Tofino whale watching disaster and the 2016 sinking of the Nathan E. Stewart and subsequent fuel spill.

With changing technology, drones are also staring to make that work easier.

“If you’ve got an incident or a scenario in the woods, you know you can instantly deploy it and get eyes above and see where the situation is, before wasting a bunch of energy and resources,” said Nanwakolas Council marine planner Barb Dinning.

Indigenous Guardians are not unique to the members of the Nanwakolas Council, and have a presence in the territory of several First Nations up the B.C. coast.

In June, the province signed a memorandum with Guardians from two nations in the Great Bear Rainforest area, the Kitasoo/Xai’xais and Nuxalk, launching a pilot project granting them the authority of park rangers under the B.C. Park Act and Ecological Reserve Act.

B.C. Parks told Global News it was in the early stages of assessing its pilot project with the Kitasoo/Xai’xais and Nuxalk, but that the results would inform future opportunities to work with other nations’ Guardians.

Back on Vancouver Island, the nations of the Nanwakolas Council are hoping to seize the moment, and are now seeking support from the provincial government, philanthropists, corporations and the public to create a fund that will allow them to grow the program.

“We figure if we can put $30M in an endowment, this will keep this program going forever,” Smith said.