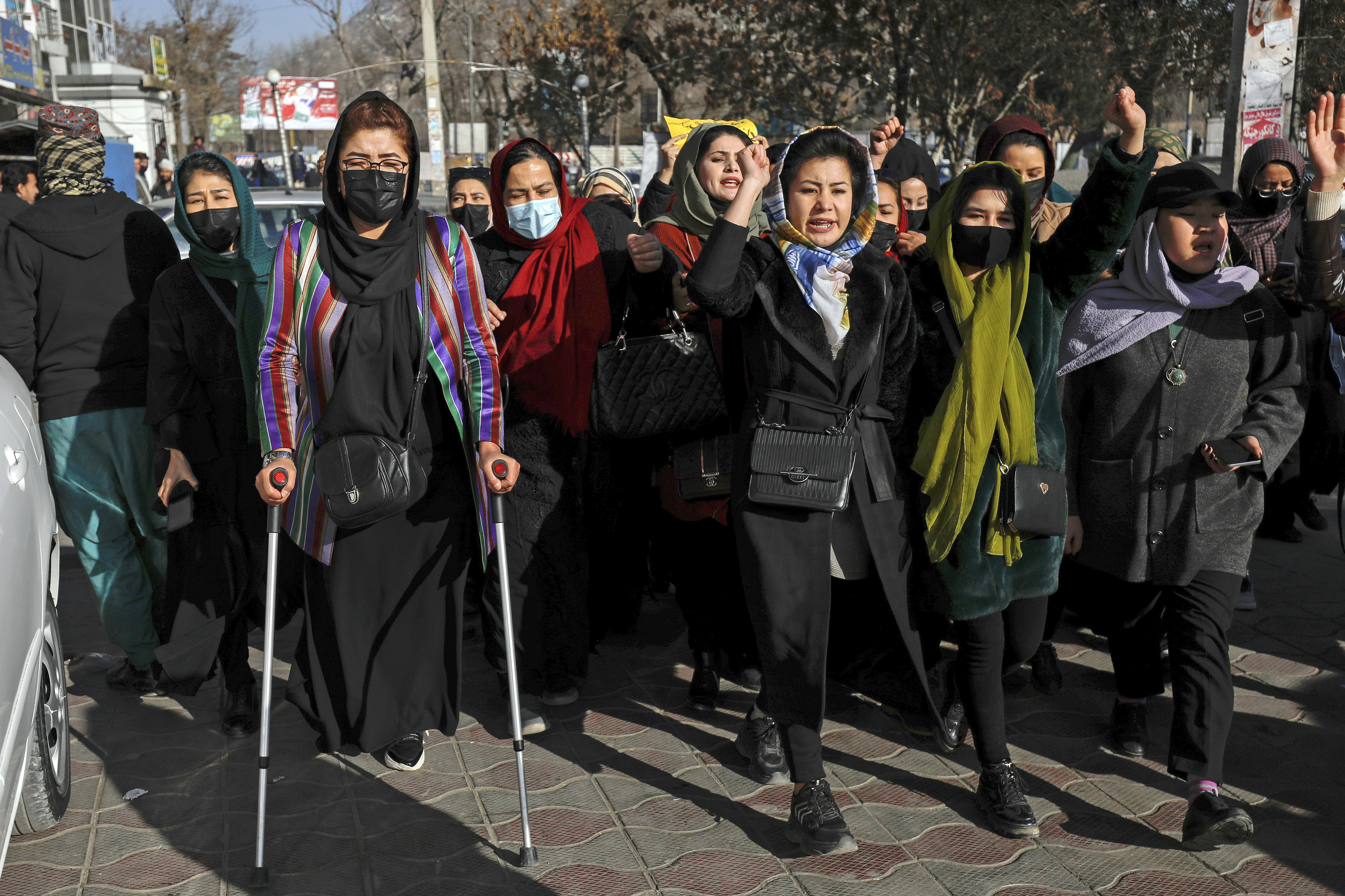 The United Nations said on Wednesday that some “time-critical” programs in Afghanistan have temporarily stopped and warned many other activities will also likely need to be paused because of a ban by the Taliban-led administration on women aid workers.

U.N. aid chief Martin Griffiths, the heads of U.N. agencies and several aid groups said in a joint statement that women’s “participation in aid delivery is not negotiable and must continue,” calling on the authorities to reverse the decision.

“Banning women from humanitarian work has immediate life-threatening consequences for all Afghans. Already, some time-critical programs have had to stop temporarily due to lack of female staff,” read the statement.

“We cannot ignore the operational constraints now facing us as a humanitarian community,” it said. “We will endeavor to continue lifesaving, time-critical activities … But we foresee that many activities will need to be paused as we cannot deliver principled humanitarian assistance without female aid workers.”

The ban on female aid workers was announced by the Islamist Taliban-led administration on Saturday. It follows a ban imposed last week on women attending universities. Girls were stopped from attending high school in March.

“No country can afford to exclude half of its population from contributing to society,” said the statement, which was also signed by the heads of UNICEF, the World Food Programme, the World Health Organization, the U.N. Development Programme, and the U.N. high commissioners for refugees and human rights.

Separately, 12 countries and the EU jointly called on the Taliban to reverse the ban on female aid workers and allow women and girls to return to school.

The statement was issued by the foreign ministers of Australia, Canada, Denmark, France, Germany, Italy, Japan, Norway, Switzerland, the Netherlands, Britain, the United States and the EU.

The ban on female aid workers “puts at risk millions of Afghans who depend on humanitarian assistance for their survival,” the statement said.


Four major global groups, whose humanitarian aid has reached millions of Afghans, said on Sunday that they were suspending operations because they were unable to run their programs without female staff.

The U.N. statement said the ban on female aid workers “comes at a time when more than 28 million people in Afghanistan … require assistance to survive as the country grapples with the risk of famine conditions, economic decline, entrenched poverty and a brutal winter.”

The U.N. agencies and aid groups – which included World Vision International, CARE International, Save the Children U.S., Mercy Corps and InterAction – pledged to “remain resolute in our commitment to deliver independent, principled, lifesaving assistance to all the women, men and children who need it.”

The Taliban seized power in August last year. They largely banned education of girls when last in power two decades ago but had said their policies had changed. The Taliban-led administration has not been recognized internationally.