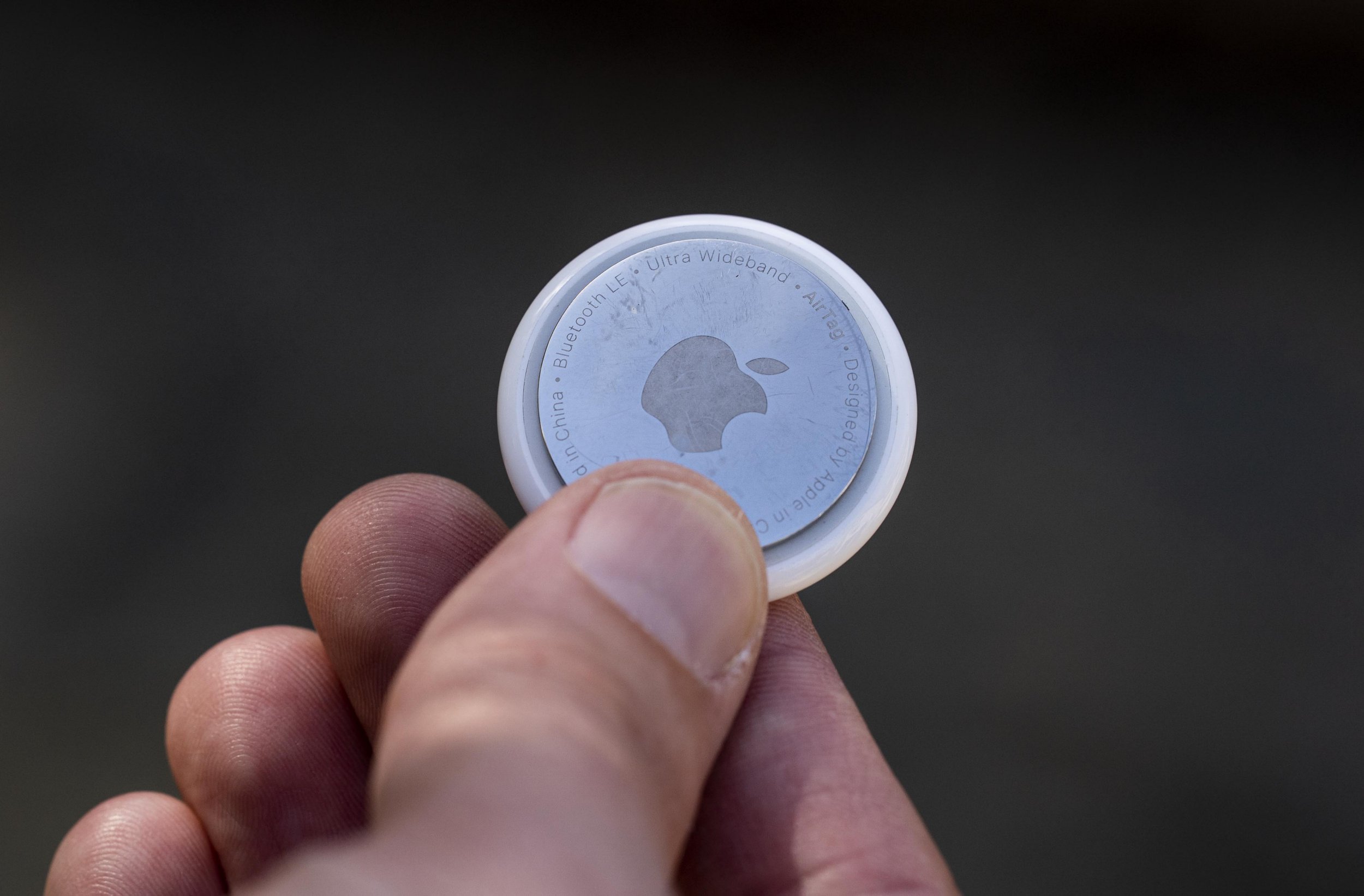 Apple is facing a new lawsuit over its AirTag tracking devices.

Two women claim the Bluetooth-enabled trackers were used by ex-partners to unknowningly follow them.

The trackers were launched earlier this year as a way for people to locate things like bags and keys. But several reports have emerged of them being used as a way to stalk unsuspecting women.

This latest case, filed in a federal court in San Francisco, argues Apple isn’t doing enough to stop AirTags being used in this way. One of the women said an AirTag was used by her ex-husband who secretly hid it in their child’s backpack as a way to follow her.

Lauren Hughes, of Texas, and a second woman, identified only as Jane Doe, filed the class action suit against the tech giant on Monday, alleging it was negligent in its creation and marketing of the inexpensive tracking devices.

Apple hasn’t commented on the case, but it has made several adjustments to AirTags since releasing them to try and make them safer to use.

This included adding a pop-up warning when a phone notices an unknown AirTag in its vicinity and noises from the tracker itself when it’s separated from its owner.

‘We’ve become aware that individuals can receive unwanted tracking alerts for benign reasons, such as when borrowing someone’s keys with an AirTag attached, or when traveling in a car with a family member’s AirPods left inside,’ Apple said in a statement in February when it added new updates to the trackers.

‘We also have seen reports of bad actors attempting to misuse AirTag for malicious or criminal purposes.

‘Apple has been working closely with various safety groups and law enforcement agencies. Through our own evaluations and these discussions, we have identified even more ways we can update AirTag safety warnings and help guard against further unwanted tracking.’

American model Brooks Nader was one of the high-profile victims of stalking that spoke out about AirTags earlier this year.

Apple has also produced a user guide for ‘anyone who is concerned about or experience technology-enabled abuse, stalking or harassment.’

‘Offering quick checklists and in-depth feature tasks, this resource is designed to help customers experiencing technology-enabled abuse, stalking, or harassment understand the options available across the Apple ecosystem that can help you protect your personal safety,’ the guide reads.

‘It includes step-by-step instructions on how to remove someone’s access to information you previously granted—like location data in the Find My app, meetings you’ve shared in Calendar, and more.

‘It also highlights features you can use to enhance your personal safety—like how to automatically let a friend know when you’ve arrived home safely and how to quickly engage Emergency SOS.’

Apple adds: ‘This guide will be updated on a regular basis to provide you with the information you need to feel safe and secure while using Apple products.’

The guide can be found on Apple’s support website here.

If you think you are in danger of tech abuse, Refuge can help. Click here for more information.