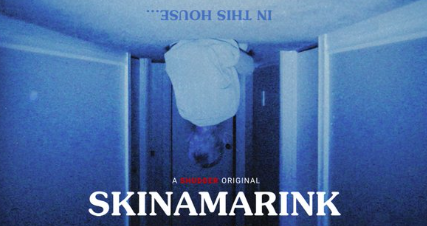 Turkey on Saturday canceled a planned visit by Sweden’s defense minister in response to the Nordic country’s issuing of permits for anti-Turkish protests.

Turkey’s Defense Minister Hulusi Akar said the scheduled Jan. 27 visit by his Swedish counterpart Pål Jonson would not take place. He said the meeting no longer held “any importance or point” because Sweden continued to allow “disgusting” demonstrations against Turkey.

Jonson said in a Twitter post that he met Akar at a defense ministers meeting in Ramstein, Germany, on Friday where they “agreed to postpone” the meeting in Ankara.

Turkey-Syria conflict: A look at what’s at stake

“Relations with Turkey are very important for Sweden and we look forward to continuing the dialogue on common security and defense issues at a later date,” he wrote.

Sweden is bracing for several demonstrations this weekend. A far-right activist from Denmark has received permission from police to stage a protest outside the Turkish Embassy in Stockholm, where he intends to burn the Quran, Islam’s holy book. Meanwhile, both pro-Turkish and pro-Kurdish groups are planning demonstrations in the Swedish capital.

In Sweden, freedom of expression is guaranteed by the constitution and gives people extensive rights to express their views publicly, though incitement to violence or hate speech is not allowed. Demonstrators must apply to police for a permit for a public gathering. Police can deny such permits only on exceptional grounds, such as risks to public safety.


It is the latest backlash from Turkey, a NATO member which has been holding off on approving Sweden’s application to join the military alliance until the Swedish government cracks down on groups that Ankara regards as security threats.

Turkey summoned the Swedish ambassador Friday to condemn the planned protests, saying protests by pro-Kurdish groups linked to the Kurdistan Workers’ Party, or PKK, would be a violation of the joint memorandum signed between Turkey, Sweden and Finland that prevented a Turkish veto for the Nordic countries’ NATO accession in June. Turkey, the United States and the European Union consider the PKK a terror group and in the memorandum, Sweden and Finland said they “confirm” that designation as well.

Earlier in January, an effigy of Turkish President Recep Tayyip Erdogan was hung from a lamppost during a protest by Kurds. Turkey denounced a decision by a Swedish prosecutor not to investigate and Swedish Prime Minister Ulf Kristersson called the protest an act of “sabotage” against Sweden’s bid to join NATO. Turkey summoned the Swedish ambassador earlier this week and canceled a visit by the speaker of the Swedish parliament in reaction to the incident.

All NATO members need to ratify in their parliaments Sweden and Finland’s accession requests, made after Russia’s war on Ukraine prompted the Nordic countries to drop their longstanding policies of military nonalignment. While Turkey says it has no objection to NATO’s growth, it won’t ratify until its demands, which include extraditions of alleged terror suspects, are met.