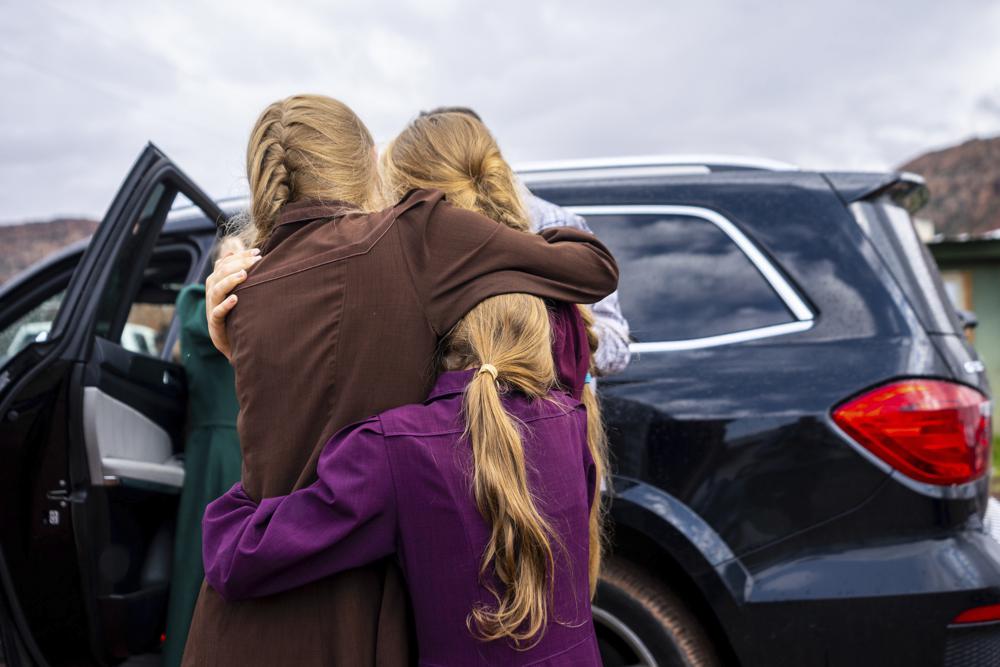 A get-together was held in Onoway, Alta., on Friday, where local leaders said they hope to raise attention about the town being faced with only having one doctor left in the community relatively soon.

Joe Blakeman, the reeve of Lac Ste. Anne County, said Onoway currently has three doctors, but one is leaving at the end of October and another is preparing to take maternity leave.

“It”s going to be a struggle,” he said, noting that even with three doctors, most residents already need to wait about a month before getting an appointment to see a doctor. “A month can be terrible.”

Blakeman said the area also has a growing number of seniors and that he hears of people going to emergency rooms to seek medical attention when sometimes a family doctor is what is actually needed.

“They deserve to have a doctor here and not have to drive 30 to 45 minutes.”

Bob Winterford is a town councillor in Onoway and said the community, located about 65 kilometres northwest of Edmonton, is growing.

“We know we’re in a competitive market,” he said. “It should never be about competition when it comes to human health.

“There are doctors needed in just about every rural community across the country.”

Both Winterford and Blakeman said to mitigate the competition, the province should create a more efficient process to ensure more rural communities have an adequate number of doctors.

“I think there is a fix,” Winterford said. “There are a lot of immigrant doctors coming to this country and I think a lot of them live in countries that they prefer to be in a rural community.”

Blakeman said he believes the government needs to streamline the process for having doctors trained overseas to be able to practise sooner in Canada.

“We’re doing everything we need to do, but… we’re getting zero help from the top,” he said, adding he believes Alberta Health Services needs to do more to address the shortage. “The whole system is frustrating.

“They’ve made it really difficult for doctors who have trained overseas.”

In a statement issued to Global News, Steve Buick, the press secretary for Health Minister Jason Copping, said “we appreciate the concern in Onoway and we’ll support recruitment there in any way we can.”

“But the reality is that adding physicians in smaller communities is challenging, and it’s become more so due to the (COVID-19) pandemic,” Buick said. “Rural physician recruitment and retention is a top priority for Minister Copping and we’re constantly looking for new approaches to support it.

“We work every day with communities, AHS, RhPAP (Rural Health Professions Action Plan) and other partners to recruit physicians to smaller communities and rural areas, and we’re seeing success in spite of the pandemic. Since Jan. 1, AHS has announced 20 new physicians in rural communities, in addition to 11 physicians who have committed to enter practice in Lethbridge.”

Buick said Alberta currently spends $90 million per year on rural physicians, “including the country’s most generous incentives for rural practice” and noted the province has recently reached a tentative deal with the Alberta Medical Association that “will support recruitment and retention of physicians, including rural physicians in particular.”

READ MORE: Alberta doctors to vote on tentative agreement with the province

Opposition health critic David Shepherd said he believes “no program, no incentive — no financial incentive, whatever you want to put on the table — that is not able to overcome the amount of distrust that has been created by the UCP government and their attacks on physicians.”

In 2020, the provincial government ended a long-standing master agreement with doctors that created new rules doctors said would devastate the bottom line for some family and rural practices, many health professionals said led to a distrust of the government.

Announced earlier this year, the province’s Rural Education Supplement and Integrated Doctor Experience (RESIDE) program has a budget of $2 million a year for three years.

“In its first few months, the program attracted significant interest and around 20 applications, and led to a new physician entering practice in Cold Lake; but most applicants didn’t meet the criteria,” Buick said. “Minister Copping had feedback that the criteria were too narrow, so he approved a number of changes.

“The revised program is accepting applications now and we hope it will meet its targets going forward. If it needs more changes or if there are other initiatives that could help, we’ll consider them.”

“The loss of a doctor is important because people that normally would go see that doctor now have to figure out where they’re going and if they can go,” he said, adding he realizes people are working to address the situation.

Blakeman said he believes AHS “kind of dropped the ball” with regard to rural health care in the province.

“It’s really frustrating, but we’ll fight the battle,” he said, adding that he believes the beauty of the area Onoway is situated in and the town’s relative close proximity to west Edmonton will be appealing to some doctors.