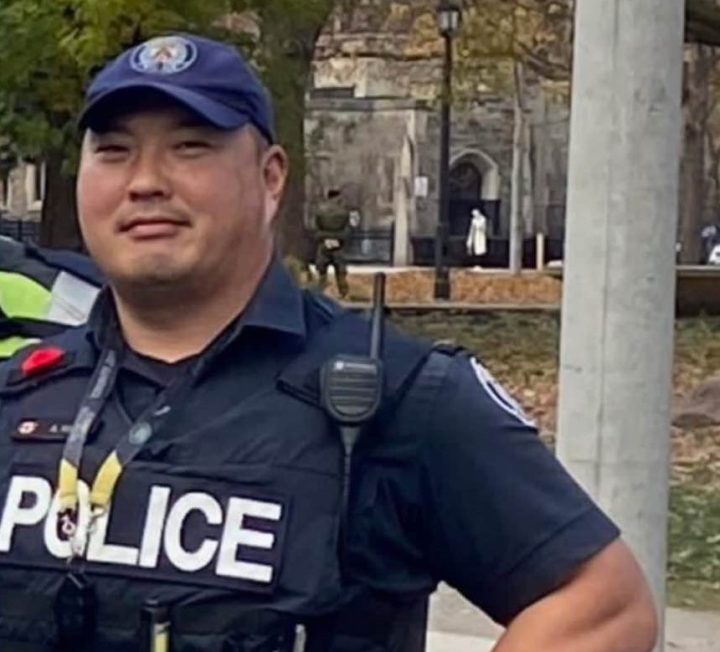 TORONTO — Members of the Toronto Police Services Board, the police chief and the mayor are paying tribute to a fallen officer by holding a moment of silence for Const. Andrew Hong.

A previously scheduled meeting of the board began today with the top officials saying Hong paid the ultimate sacrifice in working to keep his community safe.

Bill Blair, the federal minister of emergency preparedness and former Toronto police chief, says the loss of an officer under any circumstances is tragic, but this case is a particular tragedy because Hong appears to have been ambushed simply because he was a police officer.

Peel police are co-ordinating a multi-jurisdictional investigation into Hong’s death as well as one other person who was killed and three others injured in a series of shootings Monday afternoon across the Greater Toronto and Hamilton Area.

The chase for the suspect ended about two hours after the first of two reported shootings when Ontario’s police watchdog says officers shot the man, who had been tracked down in a Hamilton cemetery.

The Special Investigations Unit says their probe will focus partly on the cemetery and four officers who were involved in the incident.

They say they notified the alleged suspect’s next-of-kin last night and are awaiting an autopsy to be scheduled. They have assigned seven investigators and two forensic investigators to the case.

Peel Regional Police identified the suspect as 30-year-old Shawn Petry in its provincewide emergency alert on Monday, which warned the public of an “active shooter, armed and dangerous.”

Police say Hong was killed on his lunch break in an “unprovoked” attack while training in Mississauga, Ont., and another person was injured.

Officials say they believe the same suspect is responsible for a second shooting less than an hour later at a Milton, Ont., auto body shop that killed one person and injured two others.