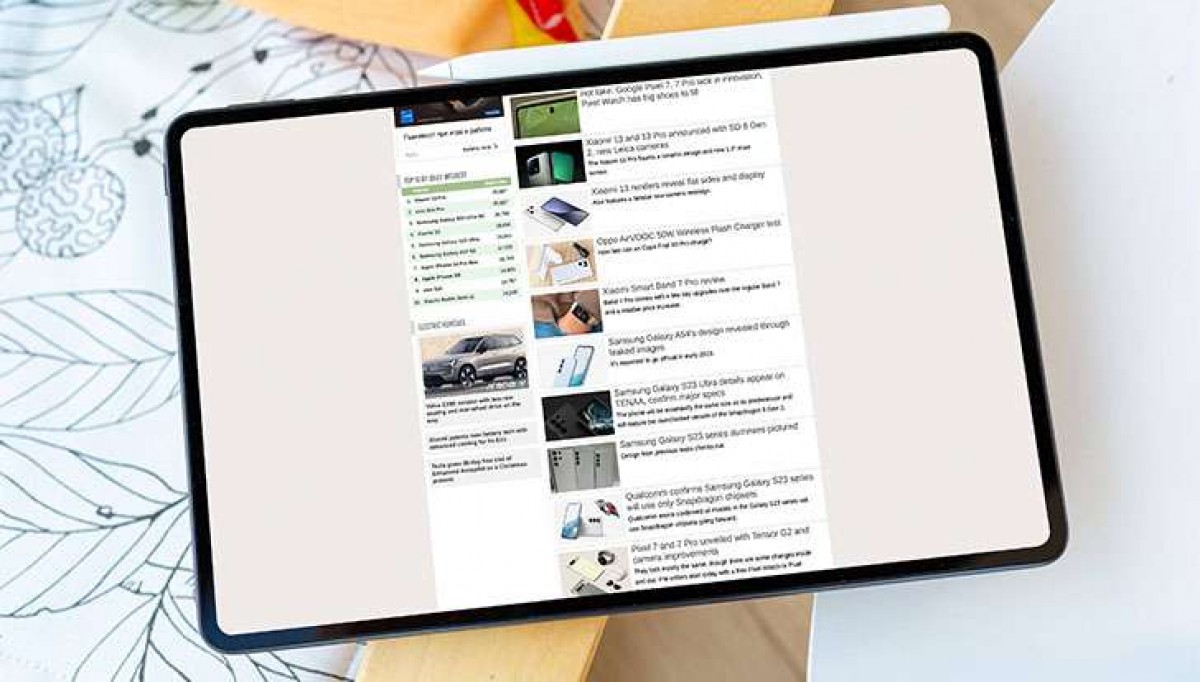 Welcome to our recap of the top news articles of 2022. We will now be looking back on the most popular stories from the fourth quarter of the year, having already covered the first nine months.

We’re now at Q4 of 2022 and the final major announcements of the year. By this time, the rumors of the Galaxy S23 series are pretty much a weekly occurrence and their credibility is getting higher and higher. We now know that Samsung will announce the Galaxy S23, S23+, and Galaxy S23 Ultra in early February, and most of their specs. The trio will be the first to not feature an Exynos chipset at all – only Snapdragon 8 Gen 2’s.

Speaking of the Snapdragon 8 Gen 2, it was announced in Q4, and the first phones with it premiered shortly after – the iQOO 11 and 11 Pro (we even got to review the 11).

The Oppo Find N2 made it just in time for 2022 (we got to review it too). It made improvements to the displays – the cover got bumped up to 120Hz, while both got slightly wider. The foldable’s body shed some of the weight, thanks to a new hinge. The only downside of the Find N2 is that it used the Snapdragon 8+ Gen 1 instead of the Snapdragon 8 Gen 2.

In this quarter Google announced the Pixel 7 and Pixel 7 Pro along with the new Pixel Watch. The new phones use the Tensor G2 chipset, and the cameras got updated – the Pixel 7 Pro got a new autofocusing ultrawide, and a new sensor behind the zoom camera, while the Pixel 7 got slightly smaller than the 6.

Finally, we closed the year with the Xiaomi 13 series announcement. The focal point of the China-only (for now) series is the Xiaomi 13 Pro, which has a 1-inch type main camera sensor, and a Snapdragon 8 Gen 2 chipset. But outside of the main camera, the Xiaomi 13 Pro also got a 50MP 3x camera with a wide f/2.0 aperture, which might shake things up in the world of smartphone zoom cameras.

How fast can an Oppo Find X5 Pro charge?

Band 7 Pro comes with a few key upgrades over the regular Band 7 and a notable price increase.

The phone will be essentially the same size as its predecessor and will feature the overclocked version of the Snapdragon 8 Gen 2.

Design from previous leaks checks out.

Qualcomm execs confirmed all models in the Galaxy S23 series will use Snapdragon chipsets going forward.

They look mostly the same, though there are some changes inside and out. Pre-orders start today with a free Pixel Watch or Pixel Buds Pro as a bonus.

The Galaxy S23 Ultra will move past the 108MP resolution of its predecessors and will feature improved image processing.

And a Dimensity 8100-Ultra chipset. Other than that, the phones are similar with 5,000mAh batteries with support for 120W charging and 120Hz 12-bit AMOLED displays.

The Smart Band 7 Pro comes with a built-in GNSS and offers up to 12 days of battery life.

The watch has a stainless steel body with a domed GG5 glass and you can customize its look with various bands.

The Dimensity 1080 also gets beefed up photography capabilities.

The first OnePlus device with a MediaTek chipset in the US.

The device has a downgraded camera setup but retains the footprint.

The first Dimensity 9200-powered phones are expected to launch by end of 2022.

A lot of the specs sound like the Realme 9 – the display, the battery (with small improvements), but not everything is an upgrade compared to the previous model.

The phone is already up for sale in China.

The cameras use Zeiss know-how throughout. Also, there is a roomy 6.78″ LTPO 4 display on the front, plus a fast-charging battery inside.

Both phones are already on pre-order in China.

It brings a 5% CPU improvement and 10% better graphics performance over the Snapdragon 778G+.

The phone is powered by the Snapdragon 8+ Gen 1 chipset.

Both phones are nearly identical besides the rear cameras – both use the same chipset, same 6.8″ 120Hz display and 5,160mAh battery with 45W fast charging.

The iQOO 11 is going global, the iQOO 11 Pro is China-only for now.

Oppo learned from the Find N and improved its hinge design significantly to make the phones light, durable and to make the crease smaller.

It’s up for pre-orders in China.

The 35mm main cam features a Sony IMX 787 sensor which should be ideal for natural-looking bokeh shots.

It’s just a crop from a full photo, but it shows a massive improvement in resolved detail.

The current Galaxy A53 is using a 64MP sensor.

There are performance improvements on all fronts, but Qualcomm stayed focused on efficiency. There are also AI and modem improvements.

The wearable arrives in India, other markets remain to be announced.

One UI 5 is coming to users in the upcoming weeks.

New design, new chipset, new battery, but that may be where the upgrades end.

Xiaomi is also gearing up to launch its Watch S2 smartwatch and Xiaomi Buds 4 TWS earphones as well as its first desktop computer and a projector.

Save for the faster charging and different battery capacity, the Explorer is identical to the Redmi Note 12 Pro+ (yes, including the 200MP camera).

This is a preview of the performance we can expect from Qualcomm’s next flagship chip, which has an unusual CPU configuration.

The price cuts are substantial.

A lighter and visually refined rendition of MIUI.