THIS portable power station could be the key to lower fuel bills! Here’s what you need to know 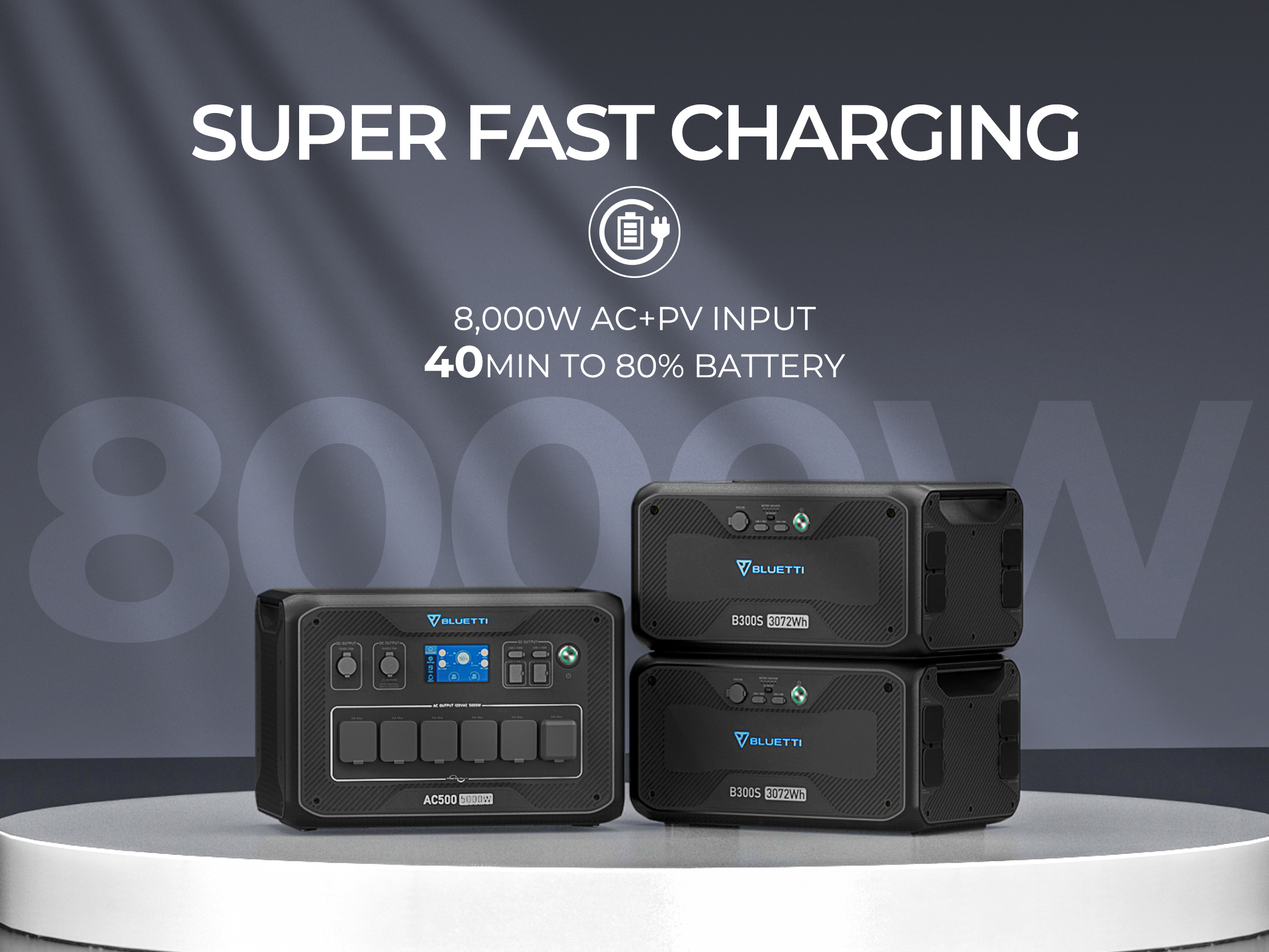 Winter is coming. In any ordinary year that means fuel bills are about to take a steep hike and you don’t need us to tell you they’re about to get steeper than ever before.

Well, have you ever considered investing in a portable power station?

There is literally no better time to do so and now pioneering portable power station provider Bluetti has just announced its most ground-breaking machine yet, the AC500.

Following the AC300, which can be used as a fully comprehensive power backup solution for the home and even provides enough energy to run your TV, washing machine and other huge household devices, its successor takes portable power stations to another level.

While the AC500 can be charged using the mains home, it’s uniquely designed to charge through solar – subsequently drastically slashing fuel bills and providing an unbeatable budget-saving solution to go solar-powered without having to tear your roof off.

What’s more, you never have to stress about keeping all your devices running even in a power cut and you find yourself completely off the grid.

Now, if you’re thinking “where the heck am I supposed to find room for a new power station”, because yes that sounds like a big ask – trust us when we tell you this a game-changing innovation, lighter, more portable and more powerful than any Bluetti model before it.

With the AC500 and its companion battery pack B300S, you’re completely covered for any home emergency, outdoor plans and you can save a chunk of cash in the process.

Intrigued? Great – let’s break down all the key information you need.

How does it actually work?

AC500 is armed with a matchless MPPT solar inverter, which allows for 3000W maximum solar input. To get real – it’s hard to come across another machine as powerful in the market.

In turn, it can literally recharge from zero to 80% SOC using sunshine alone in just 1.5 hours.

If you’re in a hurry or just need that energy quicker, with the AC500+2*B300S combo, dual recharging via AC and solar simultaneously can achieve up to 8000W input rate (require at least 2*B300S) and the battery packs can be fully charged at lightning speed – zero to 80% in less than an hour.

But speed isn’t the only big draw here.

By using the AC500 you’ll be cutting out the toxic fumes that come pouring out of non-renewable resources and it keeps noise levels down to a minimum, ensuring you’re not disrupting anyone else in the process.

What can I actually run from it?

The AC500 can be used as a full power backup for your home going way above and beyond other stations used for camping or other outdoor activities.

This is the real deal.

With the AC500, you can still run a television, your microwave, the dishwasher, a washing machine and more without using a single bit of your home’s power supply. And you can even run multiple devices at the same time.

If you’re working from home, running a studio or a small business you’re likely to be seeing a sharper increase in your bills too.

Well, this is the perfect solution to reduce your costs and to take away some of the financial pressure this winter.

How much will it cost?

For the first customers who sign up to buy on the crowdfunding platform Indegogo, the AC500+B300S combo will be available on a special offer at just $2999 (£2590) so it really is worth getting in there as quickly as you can.

The risk of a power outage may seem low day to day, but with power bills swiftly on the rise, it’s becoming increasingly popular to invest in a backup which could also reduce the impending spike in your energy bills.

Bluetti has been at the forefront of sustainable power storage solutions for over a decade and continues to evolve, innovate and change up the market with new ideas. The revolutionary company is constantly ahead of the game.

And it’s goal is simple; to cut fuel bills with renewable energy that’s genuinely accessible to most households without having to install solar panel grooves or build a wind turbine in the back garden.

Millions of customers across more than 70 countries have turned to Bluetti and are already reaping the benefits. So why not join them?

Cut your fuel bills and get power independence with the AC500 at BluettiPower.co.uk