Home New Release This is Pierre Poilievre’s Conservative party. What will he do with it?
New Release

This is Pierre Poilievre’s Conservative party. What will he do with it? 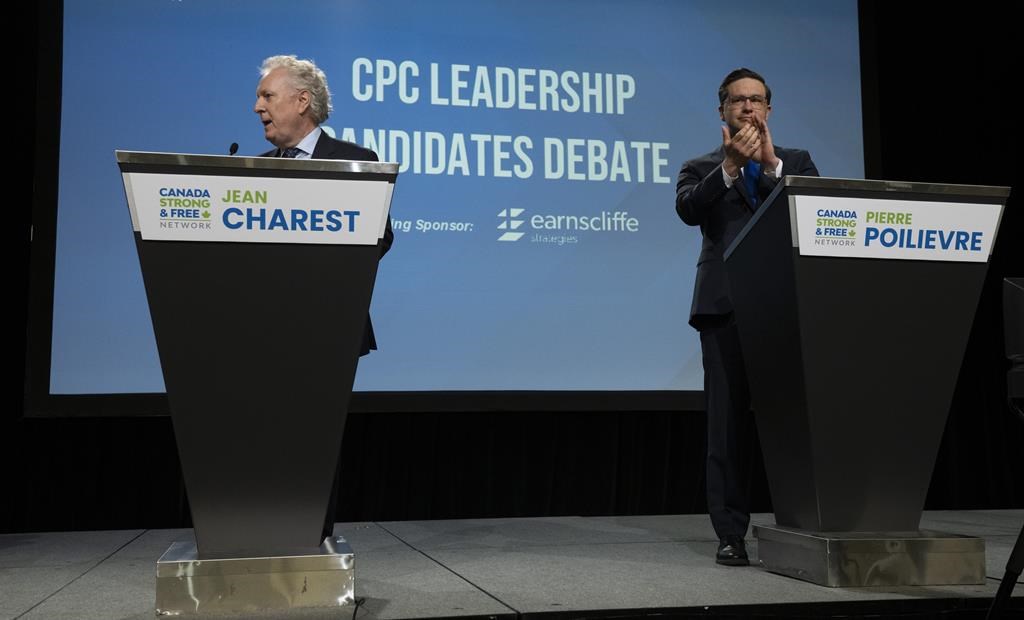 The Carleton MP’s convincing leadership victory Saturday night gives him a strong mandate from the Conservative rank-and-file to remake the party in his image.

‘Battle for soul’ of Conservative Party looking more like a rout

Coupled with significant backing from the party’s elected caucus and unelected senators, that means Poilievre is unlikely to face the internal skepticism and backbiting that plagued Erin O’Toole’s brief leadership.

Poilievre is also unlikely to be forced into the tightrope act former leader Andrew Scheer attempted, keeping the party united behind him after winning the 2017 leadership by the slimmest of margins.

Instead, Poilievre and his team will have the kind of free hand enjoyed by Stephen Harper – the only Conservative leader who won power – during the party’s years in government between 2006 and 2015.

The most pressing question now is what they intend to do with that mandate.

In the depths of the Ottawa winter, as trucks and protesters clogged the nation’s capital filling it with fumes and endless horn blows, a black flag appeared on the back of a big rig. It read “Pierre Poilievre for Prime Minister.”

It appeared just weeks after the Conservative caucus met to show Erin O’Toole the door after the party’s disappointing showing in the 2021 general election. In the months that followed that loss, there was a coordinated campaign – both public and behind-the-scenes – to remove O’Toole from the top job.

Poilievre’s people take no credit in O’Toole’s political demise, but it is also no secret that many of the Conservatives who wanted O’Toole gone ended up backing Poilievre’s leadership bid.

During the convoy protests, Poilievre himself seemed at odds with his then leader – giving a full-throated defence of protesters who he considered had legitimate grievances with the Liberal government and vaccine mandates.

“I’m proud of the truckers and I stand with them,” Poilievre told the National Post in February.

“They have reached a breaking point after two years of massive government overreach of a prime minister who insults and degrades anyone who disagrees with his heavy-handed approach.”

The sentiment would become a central theme in Poilievre’s leadership campaign: pushing back against perceived “gatekeepers” in the federal government, giving Canadians back “control over their lives,” and – above all – “freedom.”

The fact those themes dovetailed nicely with some of the convoy crowd’s anger was no coincidence.

“There’s this feeling that, ‘oh, he’s tapping into anger.’ Like, so what? Are you telling me that when people threw out the Tories in 1993 … they weren’t angry that Mulroney had broken his promises?,” said one senior Poilievre campaigner.

“People are mad around the change of governments. It’s not just sort of quiet disappointment that has governments get thrown out.”

For months leading up to the leadership race, Poilievre had also been hammering the Liberals at every chance on the pocket-book issue of inflation – something even O’Toole’s people agree he identified as a potent political problem for Prime Minister Justin Trudeau before they did.

Leaving aside whether high inflation rates can be blamed on the Liberal government – it is a global issue, experienced just as acutely in Tory-governed Britain as in Canada – it gave Poilievre a cudgel.

Those close to Poilievre do not expect him to stray from these central themes after securing the leadership.

“I’d say that he’s been consistent in his values since coming to politics and certainly since he was in government. So I wouldn’t expect a surprising evolution (as) the leader of the party,” said Howard Anglin, a former deputy chief of staff to Stephen Harper who worked on legislation with Poilievre when he was a junior minister.

One source – very much not in Poilievre’s camp – told Global News that during the Harper era, Poilievre would always be advocating for taking more right-wing positions on issues during closed-door caucus meetings.

3:35
Pierre Poilievre favoured within Conservative party, but not among Canadians, new poll says

Pierre Poilievre favoured within Conservative party, but not among Canadians, new poll says

Anglin said that while Poilievre was always concerned with the Harper government taking the “most conservative position,” he was also a realist when it came to policy.

“I think it’s helpful to have somebody around the table, whether it’s cabinet or caucus or in the party, who is always trying to remind the people around the table of who elected them and the policies that got them elected, and what the people should expect of them,” Anglin said.

Two sources on Poilievre’s campaign told Global News that there was no preparation for his bid before O’Toole’s ouster. One source who played a key role on the campaign said that they spoke to Poilievre a day before he announced his attentions, and that the lifelong MP told them he hadn’t yet made a decision.

While Poilievre may not have made up his mind before O’Toole’s departure, it is not true that his supporters were not working to remove the former leader. Jenni Byrne, a former Harper chief of staff and a powerful Conservative operative who advised Poilievre’s campaign, had for months been publicly predicting O’Toole’s political demise.

Many MPs who ended up backing Poilievre were also some of O’Toole’s harshest critics – albeit privately, and usually on the condition they not be named in news articles.

Poilievre was widely expected to run for the leadership in 2020, but he bowed out, citing having a young child at home with his wife, Ana. The team that was preparing his bid said at the time said he needed frequent pep talks to keep him in the race.

A source close to the family said that the difference this round is that he had time to have those discussions with his wife, and was prepared for the opportunity when it arose.

However undecided his ambitions may have been, Poilievre had spent a significant amount of time assembling a database of Canadians who supported his positions.

Data like that is crucial in modern politics – lists of names, addresses, emails, phone numbers to blast out messaging and drum up support. Poilievre had spent years publishing petitions – including one in 2021 that skirted the edges of conspiracy theories about the World Economic Form – and harvesting that data.

‘Playing with fire’: How politicians can perpetuate baseless conspiracy theories

“This was something very different (than previous leaderships) where we had people across the country who had expressed interest in something he had said,” said one source on the campaign.

The Poilievre campaign has added to that database on his crisscrossing tour of the country, which helped them sign up roughly 300,000 members eligible to vote for his leadership. On Saturday, the campaign claimed that 93,000 people committed to attending those rallies.

Just like with Trudeau in 2013, there is a sense that Poilievre’s campaign has turned into a movement rather than a simple candidacy. While his team is animated by visceral opposition to Trudeau and his Liberal government, they don’t bristle at the comparison.

“Although we Canadians seldom realize it, the most important guardian of our living standards is freedom,” a teenaged Poilievre wrote in an essay quoted in Macleans Magazine.

Two decades later, Poilievre made those points a central part of his campaign for the Conservative leadership and, ultimately, to lead the country.

It’s received wisdom that Conservatives campaign for the leadership on the right, and then pivot to the centre – where many accessible Canadian voters live – in a general election. It’s what O’Toole did. It’s arguably what Scheer did.

It’s unlikely what Poilievre is going to do. Those who know him well don’t expect a pivot from Poilievre – they expect a double down.

Ipsos polling conducted for Global News found that 42 per cent of Canadians don’t know Poilievre enough to have an impression of him, either positive or negative.

Poilievre popular among Conservative voters, but not all Canadians feel the same: poll

Darrell Bricker, the CEO of Ipsos Public Affairs, said that suggests the general public have not tuned into the Conservative leadership race – instead it’s been mostly a family affair. That makes job number one defining Poilievre for the public before his political opponents do.

It remains to be seen if Poilievre’s sharp-elbowed partisanship will resonate with the general electorate as well as it did with the Conservative faithful. Ahead of the vote on Saturday, there were signs that the Poilievre team was looking to soften their candidates image.

“I have seen not anger, but I have seen pain,” Poilievre said in a slickly-produced montage of his crowd-drawing rallies.

“There are people in this country who are just hanging on by a thread. But you know what else I have seen? I have seen hope.”

This episode, we’re doing something a little bit different. Join us as we take a trip to a Californian vineyard to learn about...
Read more