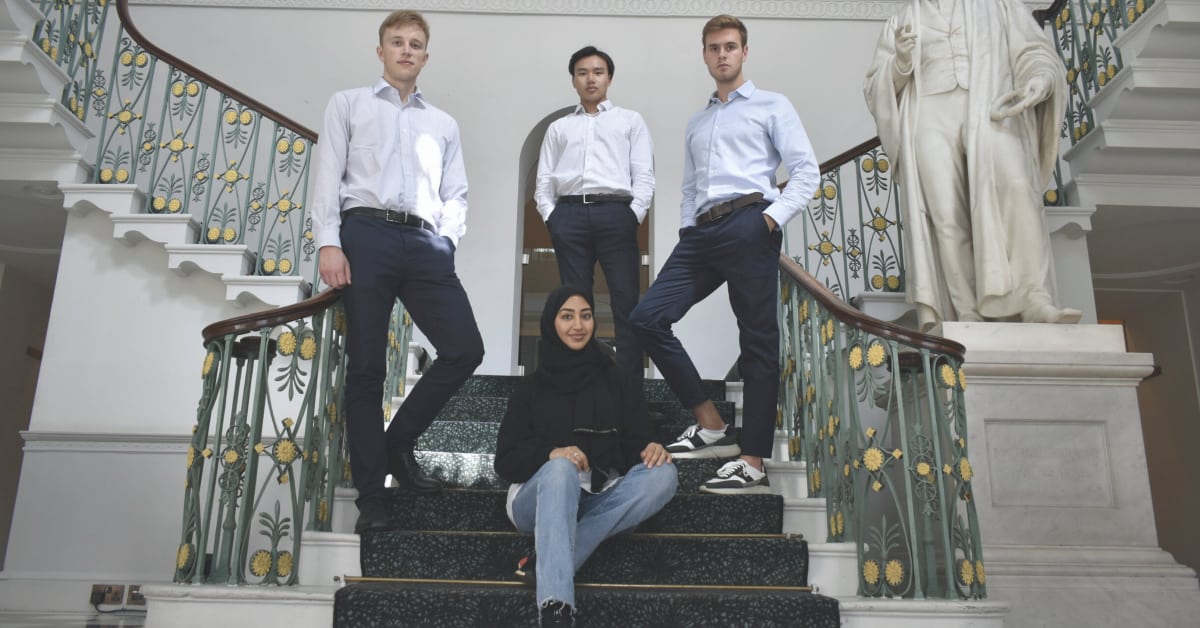 Micromobility has the potential to revolutionise urban travel, and Honeycomb is on a mission to develop a network of storage and charging infrastructure to support the rise in demand and accelerate the transition to net-zero.

In the latest development, Honeycomb Network, an Imperial College London spinout developing smart charging and storage infrastructure for e-scooters and e-bikes, announced that it has secured £127K in pre-seed funding.

The round was led by SFC Capital, the UK’s most active seed-stage investor. The funding will enable Honeycomb Network to support the development of prototypes of its storage and charging pods as well as the rollout of a pilot scheme.

Adam Beveridge, Investment Associate at SFC Capital says: “With around 500,000 private e-scooter models being sold in the UK in 2020, and a nationwide rollout of numerous e-scooter rental trials, Honeycomb Network represented a timely investment opportunity to get ahead in a market yet to boom, with a product that will be key to the success of the e-scooter ecosystem.”

Honeycomb is developing smart universal storage and charging infrastructure for e-scooters and e-bikes.

The built-in smart charging and battery diagnostics systems aim to extend the battery longevity of lithium-ion batteries and reduce electronic waste by allowing for fine-tuned remote control of the charging cycle.

According to the company, charging pods can be assembled in different configurations to suit the environment where they are placed, making them easy for businesses and local authorities to integrate into any space.

Notably, pods are equipped with multiple charging ports for different e-scooter and e-bike brands, so users don’t need to bring their own cables.

Given the high cost of the battery of e-scooters or e-bikes, having healthy and longer-lasting batteries can prevent any need for premature battery replacement and save users unnecessary costs.

Gabriel Yoong, co-founder, and CEO of Honeycomb Network says: “Honeycomb’s vision is to establish a network of storage and charging infrastructure to support micromobility in big metropolises like London. We are also trying to bridge the gap between academics working to optimise battery life and companies selling the technology. By merging both sides’ knowledge, we can not only make batteries healthier and more efficient we also prevent additional amounts of unnecessary electronic waste from being generated.”

Honeycomb Network is the only e-scooter-infrastructure company to receive grant funding from the UK Office for Zero Emissions Vehicles in 2021. It is also participating in the Centre for Climate Change Innovation’s Greenhouse Accelerator programme, and has secured interest in its smart micromobility network from several companies, including Argent LLP and Dash Rides.