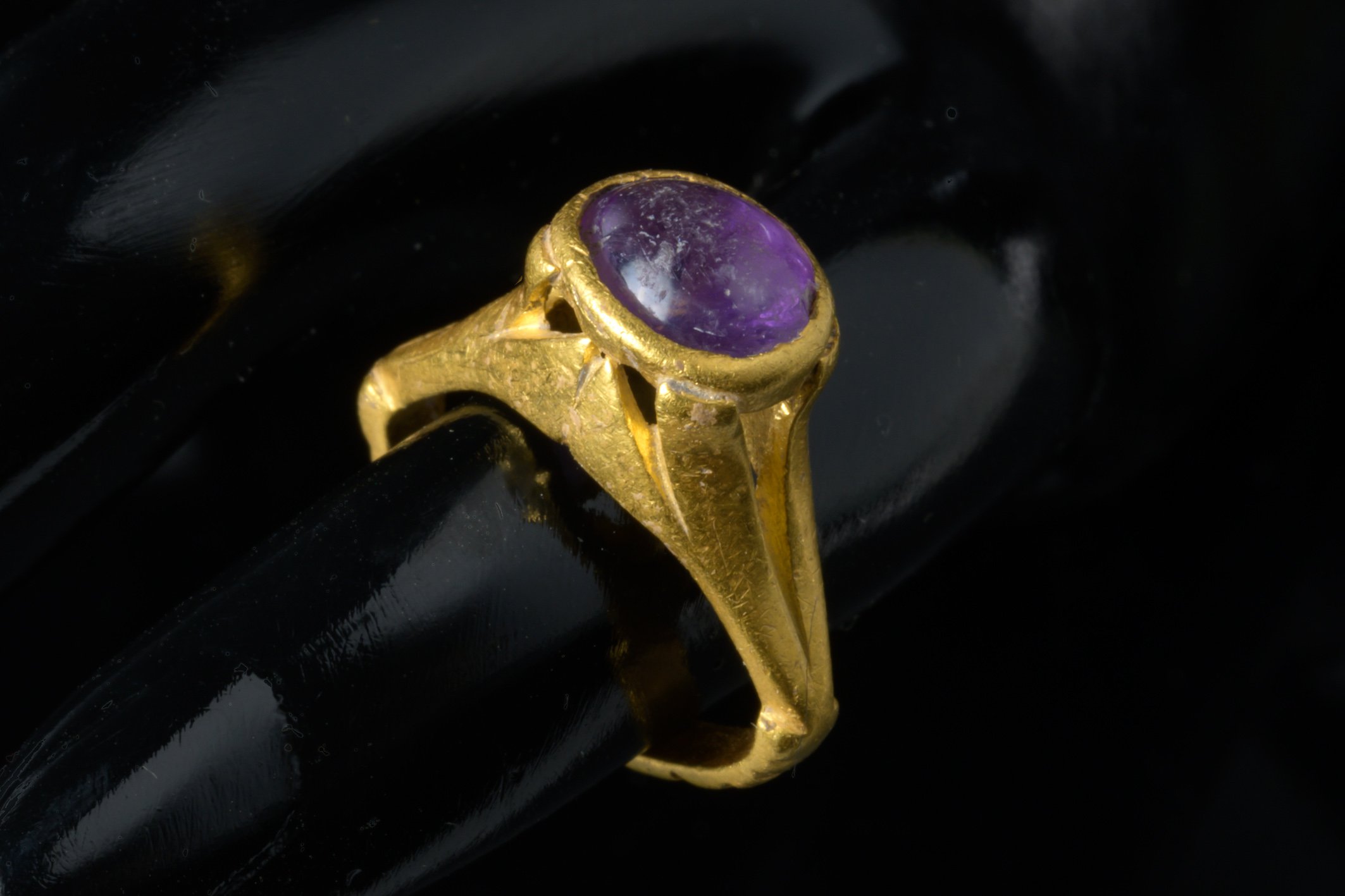 Everyone has their go-to method for dealing with a hangover.

Around 600 years ago, the method was apparently to put on a gold ring with a semi-precious stone in it.

That’s according to archaeologists who found such a ring at a dig site in Israel,

Researchers are still confirming the exact age of the ring, but it was found in a fill dated to the end of the Byzantine period in the 1450s.

The experts believe this particular ring could even be far older – dating back to Roman times – and was handed down through the generations.

Dr. Amir Golani, an expert on ancient jewellery at the Israel Antiquities Authority, who examined the find, explained: ‘the person who owned the ring was affluent, and the wearing of the jewel indicated their status and wealth. Such rings could be worn by both men and women.’

He added: ‘a semi-precious stone, called an amethyst, was placed in the ring. Amethysts are mentioned in Bible as one of the 12 precious stones worn by the high priest of the Temple on his ceremonial breastplate.

‘Many virtues have been attached to this gem, including the prevention of the side effect of drinking, the hangover.’

An examination of the ring by Dr. Yotam Asher at the analytical laboratory of the Israel Antiquities Authority, showed the stone is mostly made of silica – a material from which many gemstones are composed.

This examination ruled out the possibility that the purple inlay is made simply of glass.

The ring weighs 5.11 grams and will be studied and likely put on display in a museum.

Unlikely then that the scientists could take it along to the Christmas party and test out its hangover-prevention properties firsthand.

Brubaker and Phillips’ Criminal May Be Prime Video’s Next Adaptation

Right now, Prime Video is on a pretty good streak with adapting various properties to TV. Between Critical Role, Jack Reacher, and Invincible, plus...
Read more