Home Gaming The sounds of Halo Infinite and Sea of Thieves are now on...
Gaming 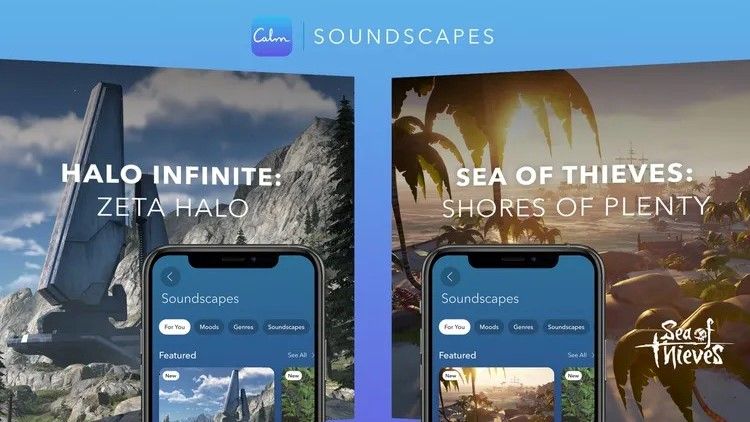 If you long for the shores of Sea of Thieves or the sounds of Halo Infinite, Calm and Microsoft have a new partnership that should be music to your ears. The soundscapes of the two popular gaming franchises are now available within the Calm app.

The “meditative sounds of whirling waves and chattering birds from the ocean expanse of Sea of Thieves” that Calm describes certainly seem like they’d be relaxing. Some may not feel the same way about the “ambient alien sounds of Zeta Halo from Halo Infinite.“

Microsoft’s partnership with Calm aims to help the mental health of gamers. A study commissioned by Microsoft (opens in new tab) showed that more than half of those that play video games (54%) do so to relieve stress. Now, that experience can extend beyond the time spent actively playing games, thanks to the collaboration with Calm.

A collection of games that “provide an escape from the trials of life” was highlighted by Microsoft in its press release about the Calm collaboration. Perplexingly, the list included Hellblade: Senua’s Sacrifice and Persona 5 Royal. Both of those titles have mature ratings and traumatic themes.