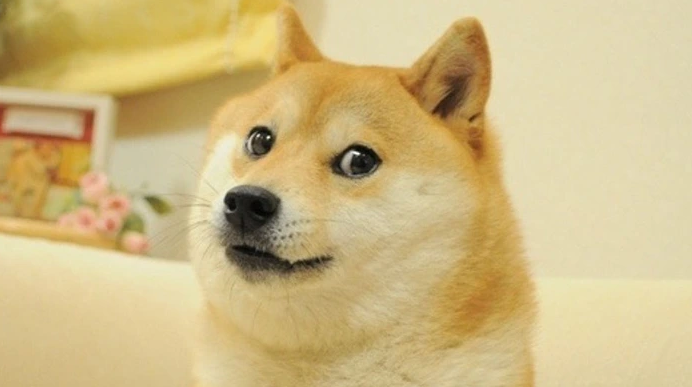 A dog that became an internet meme in 2010 is seriously ill with leukaemia and liver disease, it’s owner has revealed.

Kabosu, a Shiba Inu, went on to be the face of popular cryptocurrency Dogecoin after appearing on Japanese teacher Atsuko Sato’s personal blog.

They revealed that the 17-year-old is in bad shape with acute cholangiohepatitis – an inflammation in the digestive system – and chronic blood cancer.

Kabosu had stopped eating and drinking over the weekend but was beginning to get her energy back.

Users began referring to the image as ‘doge’, which first appeared in a 2005 episode of an animated web series, ‘Homestar Runner’.

Doge’s biggest moment came in 2013 when he became the face of the cryptocurrency named after the meme, Dogecoin.

The currency, which started off as a joke, jumped in value when Elon Musk started endorsing it.

Musk previously posted several tweets in favour of the cryptocurrency calling it his ‘favourite’ coin. He had even said that he ‘bought some dogecoin’ for his son X Æ A-Xii.

In June, Musk was sued for £209 billion over an alleged ‘Dogecoin pyramid scheme’.

On Instagram, Kabosu’s owner thanked the dog’s fans for the outpouring of support, saying the pair were ‘getting power from all over the world’.

Still, Kabosu will go down in internet history as the most popular dog in internet culture.


MORE : Dogecoin goes up 8% after Elon Musk tweets his support