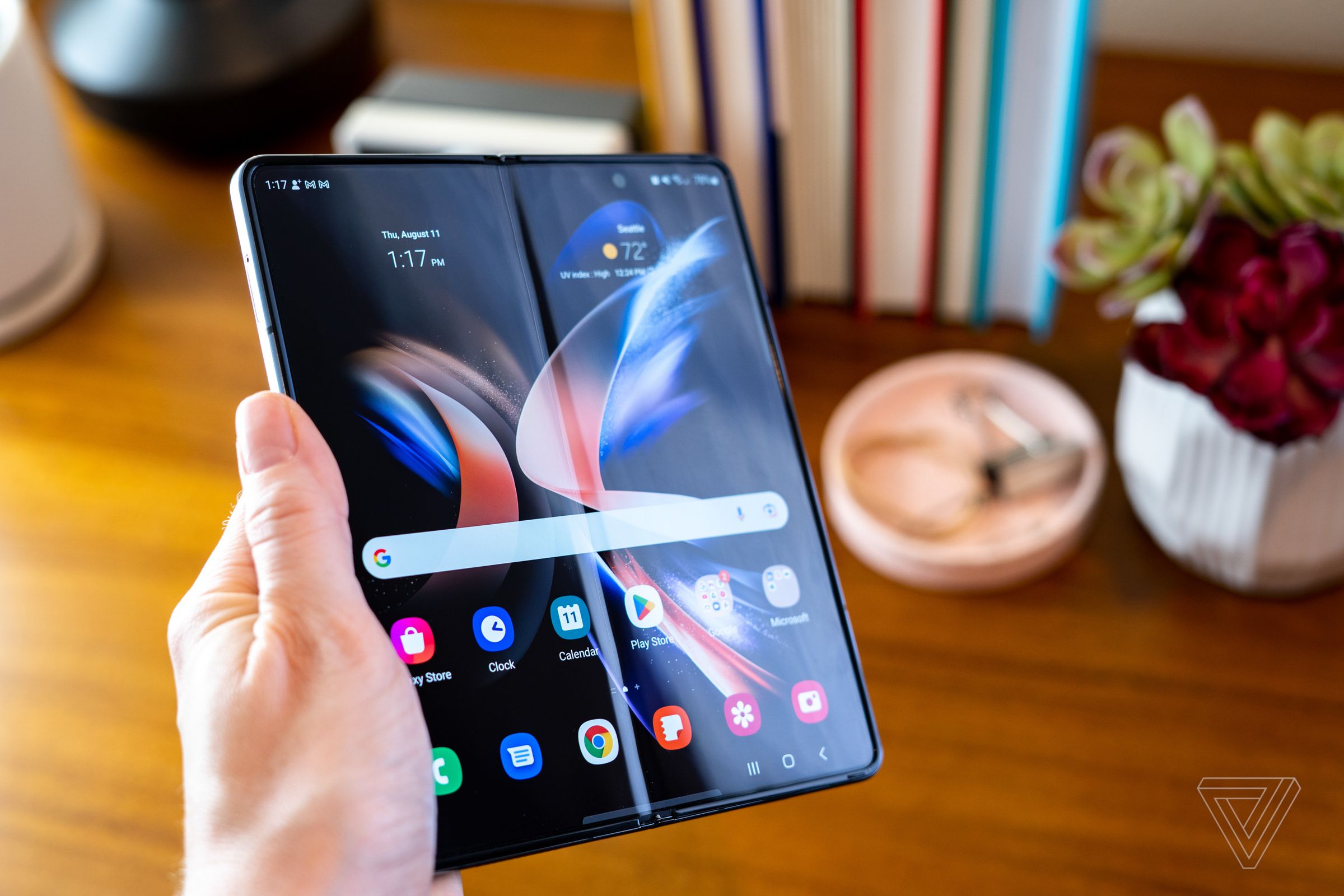 Samsung might adopt a new droplet-shaped hinge that makes the foldable’s crease much less noticeable.

The upcoming Samsung Galaxy Z Fold 5 could come with a much less visible crease thanks to a potential design change. According to a report on the Korean site Naver, Samsung could adopt a “droplet”-style hinge that allows the display to form a teardrop shape when closed, making for a much gentler curve that leaves less of a crease (via SamMobile).

While Samsung has certainly made improvements to the crease over the years, it’s still pretty noticeable on its fourth-gen foldables. Both the Samsung Galaxy Z Fold 4 and Galaxy Z Flip 4 use a “U”-shaped hinge design that puts the display at a sharper angle when closed. This creates a more prominent crease and also puts more stress on the display.

Other folding smartphones have already transitioned to a droplet-style hinge to avoid these issues, like the Oppo Find N2, which has a noticeably unnoticeable crease when unfolded, along with the third-gen Motorola Razr.

As noted by Naver, Samsung initially patented a teardrop hinge in 2016, although we don’t know why it hasn’t decided to utilize it until now. SamMobile speculates that Samsung wanted to wait until it could bring an IPX8 water resistance rating to the new display, which it first introduced to its third-gen folding devices in 2021. That could help makes Samsung’s folding phones stand out against Oppo’s Find N2 and the Motorola Razr, as neither device is rated for water resistance.

In addition to a more subtle crease, Naver reports that the Samsung Galaxy Z Fold 5 design could also make both halves of the display sit flat against each other when the phone’s shut, unlike previous generations of the Galaxy Z Fold that leave a small gap. This should (hopefully) make the device a little bit easier to fit in your pocket.

It’s still not clear whether Samsung will bring the droplet-style hinge to the Galaxy Z Flip 5, and we’re going to have to wait a bit longer to find out, as Samsung’s expected to reveal the new folding phones in August. At least we have next month’s Galaxy Unpacked event to look forward to, where the company will likely take the wraps off the Galaxy S23.