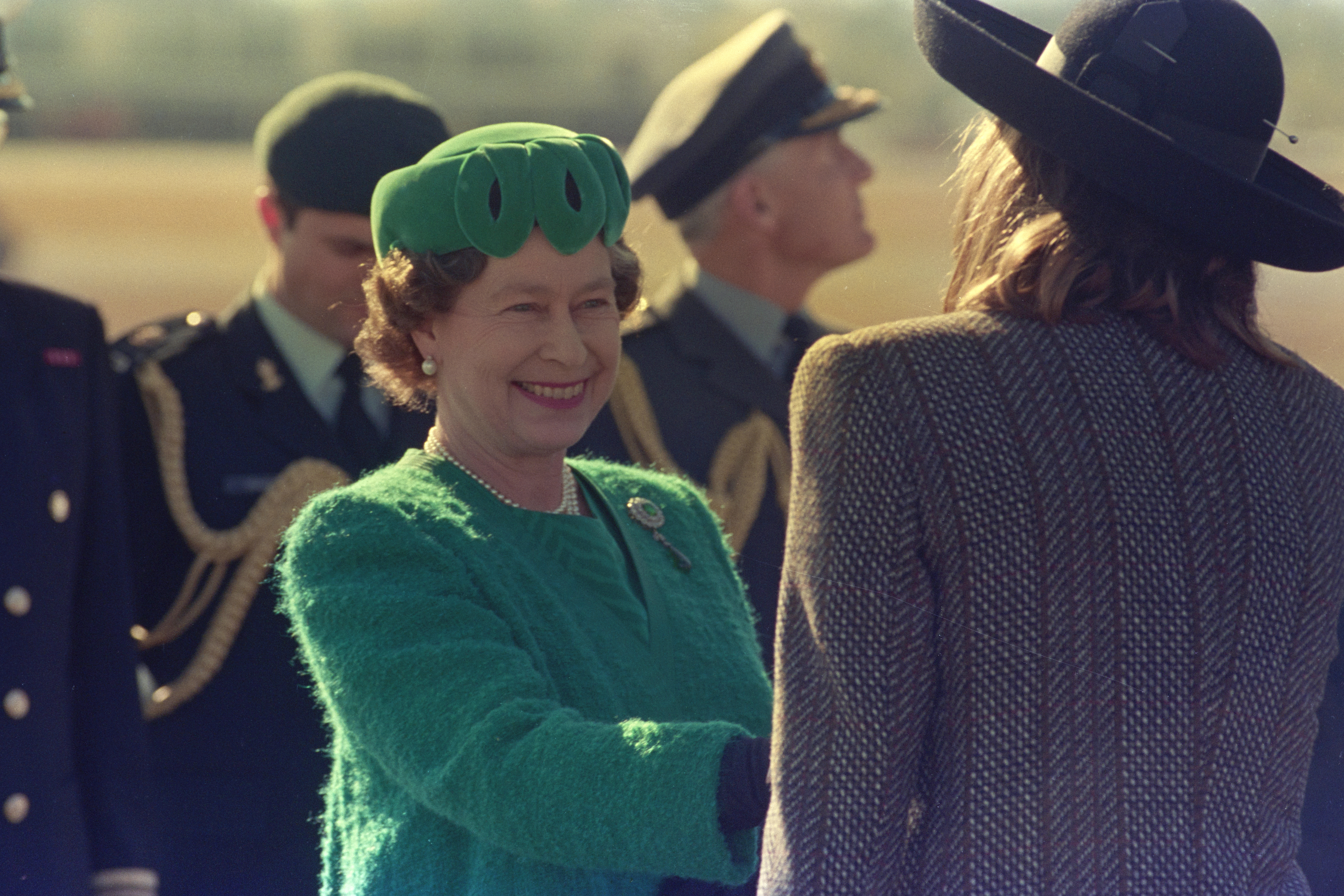 A sandwich board outside of Limey, The British Shop, in Kelowna, B.C., wasn’t displaying any specials or deals of the day on Thursday.

“I think it’s important to kind of remember the queen. Obviously we are a British shop,” said store staffer Karen Mellet. “It’s just to kind of pass our good wishes on and just remember her.”

News of Queen Elizabeth’s passing evoked emotion among many Okanagan residents, especially those of British descent like Meller.

“It’s just really sad,” she told Global News. “I think the whole of England is going to mourn and a lot of other countries, too.”

Queen Elizabeth visited B.C. 7 times, the first time as a princess in 1951

Meller said the Queen, who died Thursday at the age of 96,  was well-loved by many, whether they are monarchists or not.

“I think she just always tried to do the right thing,” Meller said. “She never got involved in politics…and she was all about family as well.”

At the nearby Shady Rest restaurant, which specializes in British-style fish and chips, there was a similar sentiment.

“She was just such a good ruler,” said Alex Cawood, whose family hails from England and owns and operates the restaurant.

“My cousin came over from England about four years ago.. She looked at that $20 bills in the till. She said, ‘No, the queen’s face always has to be up,” Cawood recalled.  “If it is faced down, it’s bad luck…So it’s just everything around the queen everyone loves.”

2:02
‘God Save the Queen’: Crowds of mourners gather across UK after news of Elizabeth’s death

‘God Save the Queen’: Crowds of mourners gather across UK after news of Elizabeth’s death

“It’s very sad,” said Shady Rest customer Harry Fenton, also of British descent, as he tried not to get emotional. “I was in the Royal Air Force so she was my queen for a very long time.”

In 1959, she and Prince Phillip rode in a convertible through Vernon, B.C., and then went on to stay at the Pennask Lake Lodge.

In 1971, the queen, along with Prince Charles and Princess Anne, visited Penticton, then drove up to Kelowna and stopped at City Park before moving on to Vernon for lunch.

And in 1983 Queen Elizabeth II landed at Kelowna airport and headed off to Vernon for lunch.

It was a very brief stopover and part of her American west coast tour.

The queen’s last public appearance was on Tuesday when she appointed Liz Truss the UK’s new prime minster.

It was her final duty before she passed, two days later.

“Maybe she thinks England’s okay, so it’s her time to go now and it was the right time,” Meller said.

Queen Elizabeth II was Britain’s longest-reigning monarch and celebrated her Jubilee this past February.

(Pocket-lint) - Secret Cinema has been going places for a while now - from humble origins, the list of franchises that the immersive event...
Read more

This England release date, how to watch and what you need to know