The first patient testimony about a Theranos test result: a miscarriage that wasn’t 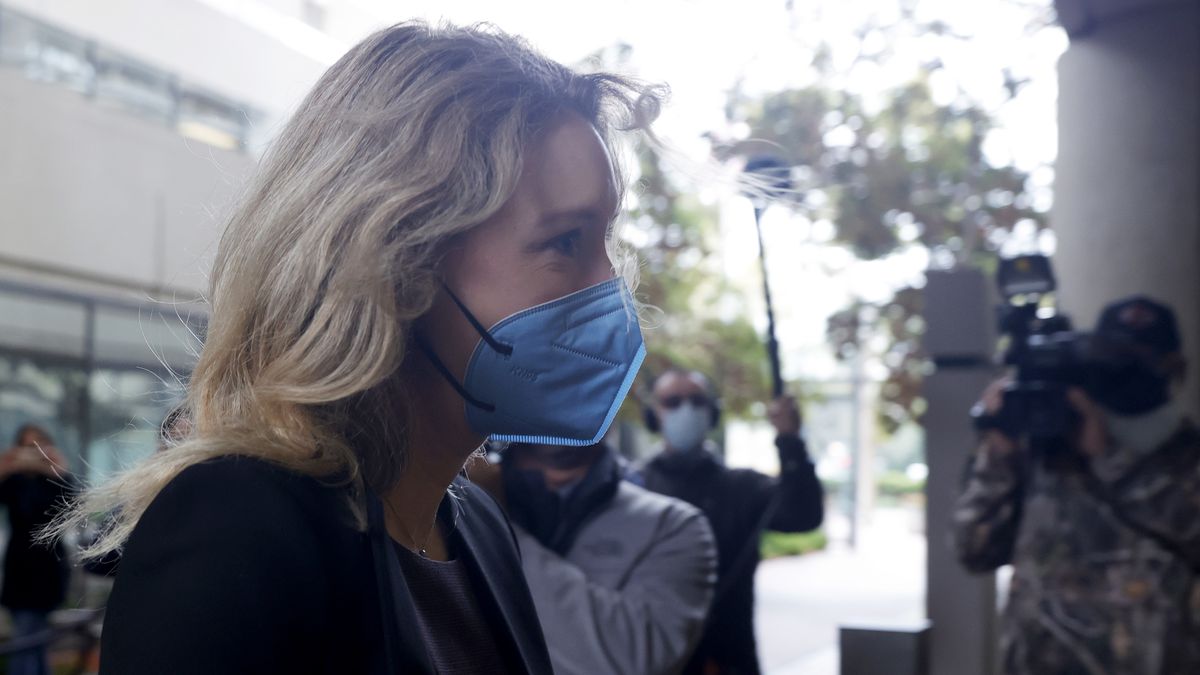 Brittany Gould, wearing a black mask with a clear window through which you could see her mouth, got choked up as she told the court about her experience with Theranos in 2014. She’d used the company’s tests because they were cheap — her language was “cost-effective” — and the results told her, wrongly, that she was miscarrying. It would have been her fourth miscarriage in a row.

The defense in US v. Elizabeth Holmes blocked testimony from Gould about the emotional impact of the bad test, so jurors didn’t hear how it affected her. But “the loss of all these babies and pregnancies, and going through the experience of thinking I’m losing another one, is a lot,” Gould told The Wall Street Journal in an interview before the trial.

Gould’s bad results are the first real-world example of how Theranos’ tests affected patients. So far we’ve heard from employees about bad labs and inaccurate results — but we haven’t seen ordinary people whose lives have been affected by them.

Gould is among the patients that the government will call to testify against Holmes, who is facing 10 counts of wire fraud and two of conspiracy to commit wire fraud. But it’s hard to know exactly how many patients received bad results. Though there was a company database of millions of results, it was encrypted and the government didn’t get the password to it; the original version of the database has been destroyed.

Gould went to Walgreens, which hosted Theranos wellness centers, and “got my finger poked,” she testified. Besides the finger stick test, the experience was unremarkable — until the wrong result came back. Her nurse practitioner called Gould, and had to give her the bad news that it looked like she was miscarrying.

Though Gould’s moment on the stand was brief, her nurse practitioner, Audra Zachman, testified at more length. Zachman had received Theranos’ promotional materials at her practice, Southwest Contemporary Women’s Care. Theranos was “very exciting” when she first heard about it, especially since the company offered to install a lab below one of the practice’s offices.

Gould’s previous miscarriages meant her pregnancy was considered high-risk, so Zachman ordered tests for hCG, an important hormone in pregnancy. In a normal pregnancy, its value doubles every 48 to 72 hours, Zachman said. Gould first took a test from Quest on September 30th, 2014, with a value of 1,005. Then, on October 2nd, a Theranos test showed her levels had jumped to 12,558; on October 4th, another Theranos test showed those values had plummeted to 125.58.

While Zachman told Gould the test values suggested a miscarriage, she also told Gould to keep taking her prenatal vitamins and to get another test. This test, from Quest, on October 6th, showed results consistent with a normal pregnancy. So did the next value from Quest.

Those results “stood out as such a red flag” about Theranos, Zachman said. She’d never seen anything like the results Gould received.

Zachman complained to Theranos, and apparently corresponded with Holmes’ brother, Christian. He blamed the data entry process, not the test. But the corrected values were still concerning, since they were the same as the October 2nd results. Usually, when hGC doesn’t go up, that indicates an ectopic pregnancy, where the fetus has implanted outside the womb.

Because Zachman didn’t receive an explanation that satisfied her from Theranos, she stopped referring patients there. Still, she kept getting results from Theranos because her patients brought them in; they didn’t need a doctor’s order to get a blood draw.

On cross-examination, Zachman testified to a number of corrective measures Theranos offered — which made the company sound like one of those Amazon sellers that begs you to remove your bad review. See, Zachman sat on the Southwest Contemporary Women’s Care board that evaluated new products. So Theranos offered to run, and did run, a study in 30 people comparing its results to those of Quest and a third party lab. Christian Holmes offered her his private email address and phone number. She was also offered a meeting with Elizabeth Holmes.

When the results came back from Theranos’ study, conducted with her employer, Zachman still didn’t refer patients to Theranos and says her colleagues largely didn’t either. The experience with Gould was so jarring to her — both as a healthcare provider and as a woman, she said — that the study couldn’t convince her to use the tests.

Gould didn’t use Theranos again, either. “You can’t provide accurate patient care with inaccurate results,” she said on the stand.

But between October 2015 and October 2016, Theranos did another 300 hCG tests for patients at Southwest Contemporary Women’s Care, according to evidence from the defense.

Obviously, the goal was to blunt the impact of Zachman’s testimony; the defense did not question Gould. The question the defense wanted the jurors to ask themselves, it seemed, was: “Would Theranos go above and beyond — with the study and so on — if it were really a fraud?”

The morning’s testimony was in a similar vein: Surekha Gangakhedkar, who’d formerly developed tests at Theranos and quit over her concerns about bringing those tests to patients, was cross-examined. First, the defense tried to establish that she’d done real, good work with drug companies Centocor and Celgene.

The defense also showed emails from Holmes congratulating Gangakhedkar on her work, one of which came at 12:20AM on a Wednesday.

Then, to show that Theranos had taken its tests seriously, a number of documents were introduced that Gangakhedkar had signed off on. These reports detailed how the tests had been developed, and were voluminous. But those documents aren’t the same thing as what’s required to get approval for testing in patients.

These documents were also used to point the finger at the lab directors as being ultimately responsible for the tests.

With Gangakhedkar, as with Zachman, Holmes was presented as the “good boss” who just wanted to get things right. It wasn’t just the kudos emails. Holmes approved a month-long vacation so Gangakhedkar could take her family to meet extended family in India. And when Gangakhedkar quit, Holmes tried to talk her out of it. Holmes offered a leave of absence, and asked if there was anything else she could do to make Gangakhedkar stay.

Balwani, by contrast, was painted as the “bad boss,” who had repeatedly downplayed Gangakhedkar’s team’s work.

The testimony from Zachman and Gangakhedkar felt similar — when something went wrong, Theranos or Holmes tried to fix it. But one thing stood out: Gould didn’t have a similar story. She was the one most affected by the bad test results, not Zachman. And Theranos knew the bad results belonged to her.

While Zachman was offered Christian Holmes’ phone number and a meeting with Elizabeth Holmes, Gould didn’t testify to anything similar. Maybe she just wasn’t important enough for Theranos to want to win over. After all, she was just a patient.