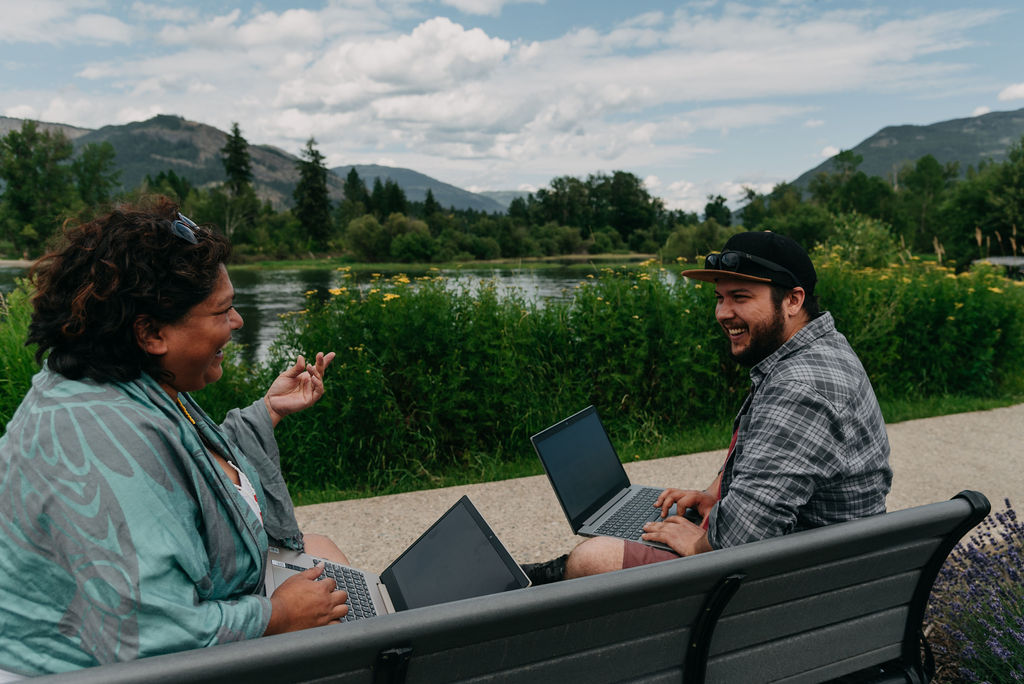 The First Nations Technology Council (FNTC) has released a report with findings aimed to increase Indigenous leadership in tech.

The Indigenous Leadership in Technology: Understanding Access and Opportunities in BC Report (ILIT) provides regionally-specific data that prioritizes Indigenous rights, and suggests recommended actions for industry and governments as they respond to reconciliation.

The FNTC defines digital equity as both a state and a process. It wants every Indigenous person, community, and Nation to have access to tech and effectively use technology to succeed in today’s digital society.

The ILIT reports that Canada is behind in overall infrastructure, access “in remote and rural areas,” digital literacy among marginalized groups, understanding around security and privacy risks, and funding to address these needs. And the COVID-19 pandemic has only worsened this digital divide.

According to research participants, the divide is the key barrier to advancing the prospects of Indigenous people in British Columbia’s (BC) digital economy. Older research by the FNTC and the Information and Communications Technology Council (ICTC) investigated internet speeds in First Nations’ band offices and found that a major proportion were below the Canadian Radio Television and Telecommunications Commission’s (CRTC) targets.

“Last Mile” broadband development approaches are most commonly employed, and refers to the final leg of a telecommunications network that reaches and physically connects the Internet to the end user. This approach to provide internet in rural areas is especially hard due to low population densities that are often separated by geographical barriers such as mountains. These areas are less profitable for large providers to invest in the infrastructure for the number of users that can be reached and often results in the need for specialized solutions for users. These connections are difficult to upgrade, the report says and therefore, expensive and slow to advance.

The “First Mile” broadband development approach focuses on prioritizing communities by placing them at the centre of connectivity planning, sustainability, and evaluation. This will help create solutions to inequitable access and use broadband systems in ways that support community-based involvement, control, and ownership of infrastructure planning and deployment.

The FNTC suggests switching to a “First Mile”, which will help reprioritize this part of connectivity infrastructure.

There are persistent gaps in the educational outcomes when comparing Indigenous and non-Indigenous students in BC, the report says. Financial challenges, such as the cost of training, are one of the significant barriers preventing Indigenous youth from pursuing technology-related training.

One interviewee for the report noted that “[It would be helpful to] get Indigenous youth earlier in their journey towards their career. We offer coding workshops with Indigenous kids as young as 10. If we’re in a room with 50 Indigenous youth, maybe just one of them can get bit by that technology bug.”

A similar statement was made by another interviewee, who also suggested that it would be healthy for “First Nations to move down the age group of tech training, targeting some logical thought training and basic programming in very early years.”

The report notes that “Indigenous Peoples are faced with deeply rooted and systemic inequality barriers that have become embedded within the broader Canadian economic landscape—most notably, the Indian Act and its oppressive land regime and the systematic exclusion of Indigenous Peoples from economic systems.”

Because of these historical barriers and exclusion, Indigenous involvement in tech and leadership roles within the sector is low compared to non-Indigenous people. Under-representation of Indigenous people in technology in British Columbia is a known problem.

A major finding from the ILIT study revealed that many employers who interacted with the project struggled with knowing how to respectfully and effectively hire Indigenous staff.

Many of them said they were afraid of “doing the wrong thing,” weren’t sure why typical hiring processes weren’t working the same, or found it hard to know what resources to ask for or where to go for help.

In the employer survey, the most commonly identified support needed was knowing where to find Indigenous talent and in regional sessions held with industry, participants said they would appreciate a range of support resources for hiring, such as lists of graduates for organizations that are hiring.

ILIT survey participants and BC employers may be using different places to look for and post job opportunities. The study found that compared to employers, nearly twice as many job seekers use social media (56 per cent versus 29 per cent), and more than four times as many job seekers use https://firstnationsbc.ca, a platform that fosters the sharing of resources and facilitates networking amongst First Nations individuals, communities and organizations.

Lastly, one large organization avoided automated HR processes because the programs might screen out Indigenous people in application stages due to mismatched education requirements or keywords.

“Our research was guided by Indigenous knowledge, values, and ways of being, to ensure the findings were reflective and representative of many diverse experiences across the province,” said Lauren Kelly, director, sector transformation at the First Nations Technology Council. “This important body of work that will serve Indigenous Peoples in what is currently known as BC.”