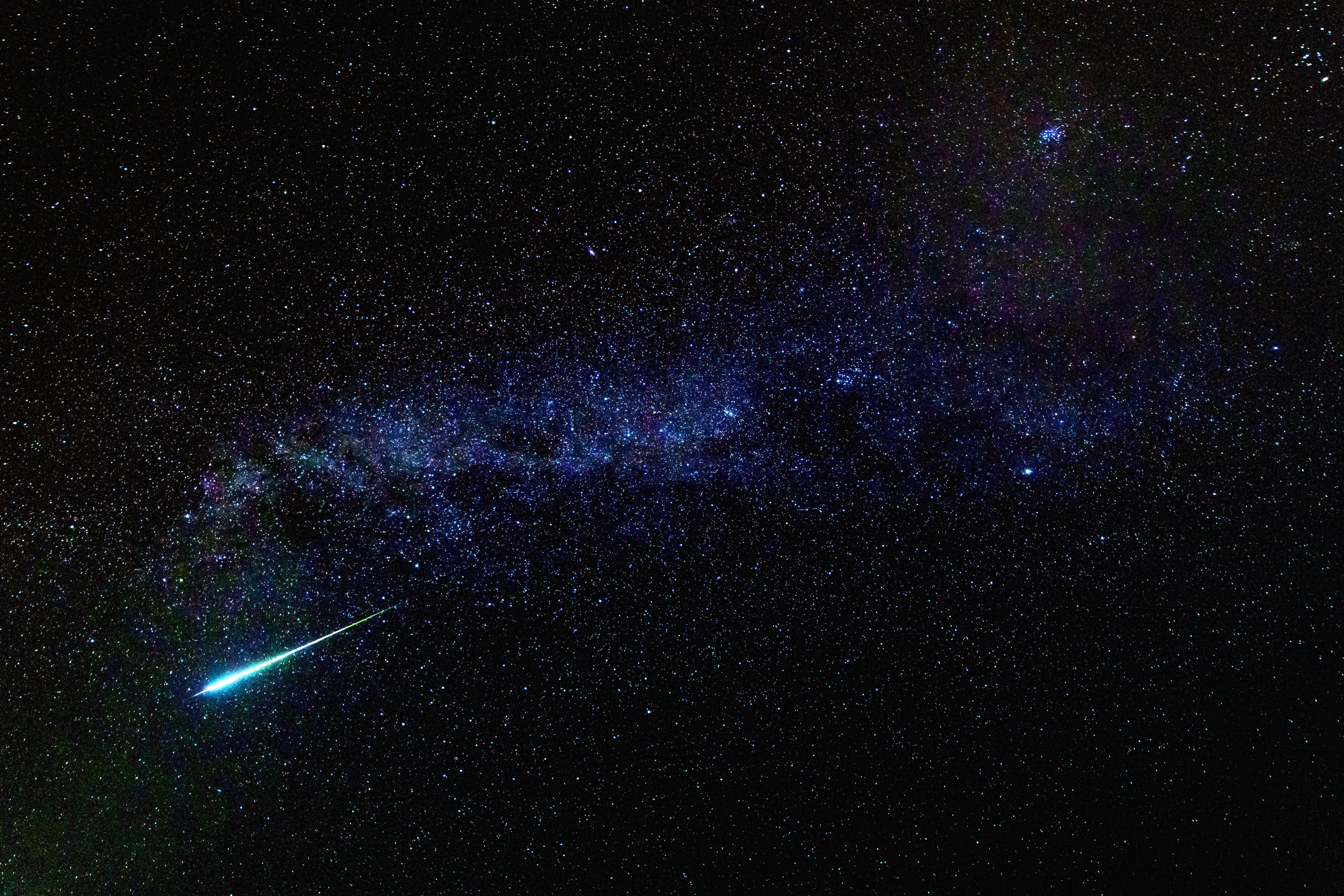 The new year is set to begin with what Nasa calls ‘one of the best’ meteor showers of the astronomical calendar.

Every year, the Quadrantids meteor shower reaches its peak in the first few days of January and provides a treat for skywatchers.

On a clear night, viewers may be treated to up to 100 shooting stars per hour flashing across the sky.

What makes it even better is the Quadrantids is most visible to those of us living in the northern hemisphere.

And while it may not be as famous as the Perseids or the Orionids, it’s still offers up an amazing spectacle if the weather holds and you can brave the chill January air.

According to Nasa, the Quadrantids are a bit different because the peak is much shorter than other showers.

‘Most meteor showers have a two-day peak, which makes catching sight of these other meteors much more possible,’ the space agency explains. ‘The Quadrantids peak, on the other hand, is much shorter—only a few hours.’

What that means is that you’re going to want to make sure you’re outside and looking up on the absolute best night.

Quadrantids meteor shower 2023: When does it reach its peak?

This year, the Quadrantids is set to peak on the night of the 3rd of January.

It will be at its absolute best between midnight on 3rd January 3rd and dawn of the 4th of January.

Although the first meteors from this shower have already begun to pepper the Earth’s atmosphere, the absolute pinnacle will occur early morning on Wednesday, 4th January.

The official peak occurs at 3am – so make sure you’re wrapped up warm and perhaps indulge in a couple of mugs of strong coffee if you really want to watch it at its best.

Of course, you’re going to need to give your eyes a little time to adjust to the dark, so it’s advisable to be outside for about 30 minutes before you really start watching for meteors.

Quadrantids meteor shower 2023: Where should I look?

Ideally, you should face northeast to get the best view of the shower but it shouldn’t matter too much which direction you face.

Try to get as much of the sky in your view as possible – so stay away from trees, tall buildings or streetlights.

As always, a lot of what you see will hinge on the weather. The end of December will see ideal viewing conditions across the UK, according to the Met Office. However, New Year’s Eve will bring patches of rain and clouds to the South East, Midlands and parts of Scotland and Wales.

We’ll need to get closer to the peak to be sure of the weather conditions for that night.

Quadrantids meteor shower 2023: Where does it come from?

The Quadrantids got their name because they appeared to come from a constellation called ‘Quadrans Muralis’, which was created in 1795 but is no longer recognised as a constellation.

The French astronomer Jérôme Lalande created the constellation that included portions of Boötes and Draco, but it has since fallen out of use.

Unlike most meteor showers, which originate from debris left behind by comets, the Quandrantids come from asteroid 2003 EH1, which may be a ‘dead comet’.


MORE : Meteorite that fell to Earth holds clues about how oceans and life originated