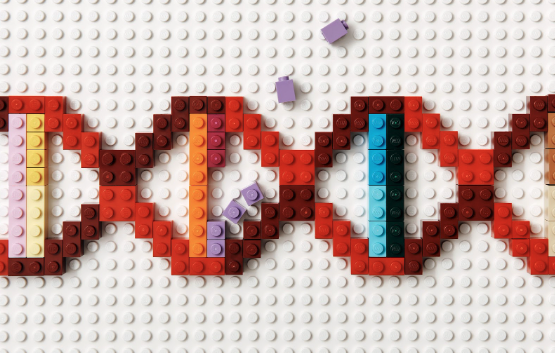 The news: Wayve, a driverless-car startup based in London, has made a machine-learning model that can drive two different types of vehicle: a passenger car and a delivery van. It is the first time the same AI driver has learned to drive multiple vehicles.

Why it matters: While robotaxis have made it to a handful of streets in Phoenix and San Francisco, their success has been limited. Wayve is part of a new generation of startups ditching the traditional robotics mindset—where driverless cars rely on super-detailed 3D maps and modules for sensing and planning. Instead, these startups rely entirely on AI to drive the vehicles.

What’s next: The advance suggests that Wayve’s approach to autonomous vehicles, in which a deep-learning model is trained to drive from scratch, could help it scale up faster than its leading rivals. Read the full story.

Putin’s propaganda: When Vladimir Putin declared the partial call-up of military reservists on September 21, in a desperate effort to try to turn his long and brutal war in Ukraine in Russia’s favor, he kicked off another, parallel battle: one to convince the Russian people of the merits and risks of conscription. And this one is being fought on the encrypted messaging service Telegram.

Opposing forces: Following the announcement, pro-Kremlin Telegram channels began to line up dutifully behind Putin’s plans, eager to promote the idea that the war he is waging is just and winnable.  But whether this vein of propaganda is working is far from certain. For all the work the government is doing to try to control the narrative, there’s a vibrant opposition on the same platform working to undermine it—and offering support for those seeking to dodge the draft. Read the full story.

NASA’s Double Asteroid Redirection Test spacecraft, or DART, is on course to collide with the asteroid Dimorphos at 7.14pm ET today. Though Dimorphos is not about to collide with Earth, DART is intended to demonstrate the ability to deflect an asteroid like it that is headed our way, should one ever be discovered.

Read more about the DART mission, and how the crash is likely to play out.

1 The US says Russia will face catastrophe if it uses nuclear weapons
It’s hard to know whether Putin’s threat is a bluff—or deadly serious. (The Guardian)
+ Ukrainian president Volodymyr Zelensky thinks it is very real. (CNBC)
+ What is the risk of a nuclear accident in Ukraine? (MIT Technology Review)

2 YouTube wants to lure creators away from TikTok with cash
But it won’t say how much. (MIT Technology Review)

3 Germany’s zero-tolerance for hate speech is a double-edged sword
While the threat of fines disincentivizes some perpetrators, activists worry that too many people are being targeted. (NYT $)
+ Misinformation is already shaping US voters’ decisions ahead of November’s midterms. (NYT $)

4 Why even the largest companies are vulnerable to hacking
A zero-trust approach is helpful, but will only take you so far. (WSJ $)
+ Hackers can disrupt image-recognition systems using radio waves. (New Scientist $)
+ Microsoft is optimistic that AI can root out bad actors. (Bloomberg $)
+ The hacking industry faces the end of an era. (MIT Technology Review)

7 Crypto’s fired workers don’t know what to do next
But plenty of them haven’t let their experiences put them off the sector. (The Information $)
+ Interpol has issued a red notice for Terraform Labs’ co-founder Do Kwon. (Bloomberg $)

9 Why neuroscience is making a comeback 🧠
Some experts are convinced that making neurology and psychiatry departments work closer together is long overdue. (Economist $)

10 How plant-based meat fell out of fashion 🍔
Evangelists are convinced the nascent industry is merely experiencing teething problems. (The Guardian)
+ Your first lab-grown burger is coming soon—and it’ll be “blended”. (MIT Technology Review)

—Taryn Langer, founder of public relations firm Moxie Communications Group, tells the New York Times about her frustrations at the sexist state of the tech industry.

Scientists have struggled in their search for specific genes behind most brain disorders, including autism and Alzheimer’s disease. Unlike problems with some other parts of our body, the vast majority of brain disorder presentations are not linked to an identifiable gene.

But a University of California, San Diego study published in 2001 suggested a different path. What if it wasn’t a single faulty gene—or even a series of genes—that always caused cognitive issues? What if it could be the genetic differences between cells?

The explanation had seemed far-fetched, but more researchers have begun to take it seriously. Scientists already knew that the 85 billion to 100 billion neurons in your brain work to some extent in concert—but what they want to know is whether there is a risk when some of those cells might be singing a different genetic tune. Read the full story.

+ Some gadgets are definitely more useful than others.
+ Calling all cat lovers! This potted history of mischievous felines in French painter Alexandre-François Desportes’ work is heartwarming stuff (thanks Melissa!)
+ A useful guide to working out what you really want from life.
+ A Ukrainian startup is reportedly planning to use AI to clone the iconic voice of James Earl Jones, aka Darth Vader.
+ The rumors are true—butter really is having a moment.