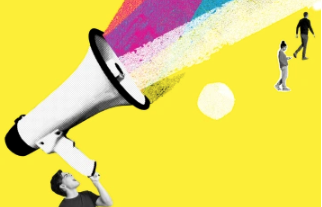 How the James Webb Space Telescope broke the universe

When the James Webb Space Telescope sent its first images back to Earth in July last year, researchers gathered excitedly to pore over them. JWST, a NASA-led collaboration between the US, Canada, and Europe, is the most powerful space telescope in history and can view objects 100 times fainter than the Hubble Space Telescope. Those images contained the first clear evidence for carbon dioxide in the atmosphere of a planet outside the solar system.

Almost immediately after it started full operations, incredible vistas from across the universe poured down, from images of remote galaxies at the dawn of time to amazing landscapes of nebulae, the dust-filled birthplaces of stars.

Months later, JWST continues to send down reams of data to astonished astronomers on Earth, and it is expected to transform our understanding of the distant universe, exoplanets, planet formation, galactic structure, and much more. Read the full story.

The James Webb Space Telescope is one of MIT Technology Review’s 10 Breakthrough Technologies of 2023. Explore the rest of the list, and vote in our poll to help us decide our final 11th technology.

What’s happened: Last month, a US startup called Make Sunsets claimed it had conducted a solar geoengineering experiment in Baja California, Mexico, launching a pair of weather balloons laden with a few grams of sulfur dioxide into the stratosphere. Now, the Mexican government plans to ban related experiments.

Why it matters: Scientists believe that spraying sulfur dioxide or other reflective particles into the stratosphere in sufficient quantities might be able to offset some level of global warming. But the unknown side effects, coupled with the difficult questions over how to govern a temperature-tweaking technology, make it highly controversial.

What’s next: The startup didn’t seek approval before its balloon launch. Now, by announcing plans to prohibit any future solar geoengineering experiments, Mexico may be one of the first nations, if not the first, to announce an explicit ban on such projects. Read the full story.

Read next: What is geoengineering—and why should you care? As the threats of climate change grow, we’re all likely to hear more and more about the possibilities, and dangers, of geoengineering. Here’s what it means.

1 Pressure is mounting on Germany to send tanks to Ukraine
Ukraine is desperate for them, but Germany fears provoking Russia. (Vox)
+ NATO allies are growing increasingly exasperated. (FT $)
+ Germany’s foreign minister wouldn’t stop Poland from sending theirs. (BBC)
+ If released, the tanks could help secure a Ukrainian victory (Economist $)

2 Thousands marched to mark the 50th anniversary of Roe v Wade
Protestors demonstrated in 46 states across the US. (NYT $)
+ What the Roe verdict leak can teach future leakers. (The Intercept)
+ The future of medical abortion will end up being fought over in court. (Vox)
+ The cognitive dissonance of watching the end of Roe unfold online. (MIT Technology Review)

3  Crypto’s pseudo-banks are dying
And they may be taking some people’s life savings with them. (WSJ $)
+ FTX’s Sam Bankman-Fried sure isn’t going quietly. (Slate $)
+ Investors in the crypto exchange Gemini are growing understandably worried. (FT $)

4 Confidential US police files were stolen in a major hack
The thieves also stole tactical raid plans and a suspect report. (TechCrunch)

5 Donald Trump is reportedly going to ditch his own social media platform
He wants to return to Twitter just as the Republican primary heats up in June. (Rolling Stone $)

6 Ultrasound tech isn’t just for pregnancy scans
AI and other advances have turned it into a powerful diagnostic tool. (New Yorker $)

8 How Wikipedia edits change how we see the world
For better or worse, it’s hugely influential. (The Atlantic $)

9 Japan’s sushi-making robots are on the rise 🍣
Don’t expect them to slice fish unaided, though. (The Guardian)
+ This robot walks using mouse muscles grown in a lab. (Inverse)

“I’ve never heard of a customer that says, ‘I’m going to wait until the economic environment improves to deal with a rat that’s running round my kitchen.’”

—Andy Ransom, CEO of pest control company Rentokil, which has started using facial recognition technology to monitor rats, tells the Financial Times why he’s confident the business can cope in an economic downturn.

Back in 2020, as the world struggled to cope with the pandemic, workers at the Amazon fulfillment center in Bessemer, Alabama, were being pressed to work harder and longer. They felt dehumanized, and wanted dignity, not just higher wages.

Workers pushed to join the Retail, Wholesale, and Department Store Union, but Amazon waged war on the campaign, and eventually a vote passed in favor of keeping the status quo. Elsewhere, however, other workers across the country had started agitating.

The Bessemer fight, and Amazon organizing as a whole, reflect a new groundswell of interest in organizing among tech workers. Today’s workers are up against the world’s richest companies. But for both sides in this struggle, the bottom line is not money but power. Read the full story.

Midway through the winter, I’m starting to get a feeling that we may see a resurgence in guitar rock in 2023. Or is that...
Read more

130 traffic tickets and 211 warnings issued in Warman, Sask. in January

Saskatchewan RCMP issued 130 traffic tickets and 211 warnings in the month of January in the Warman area. That includes 69 speeding tickets, 13 for...
Read more