The apps and services you need to dominate in fantasy football 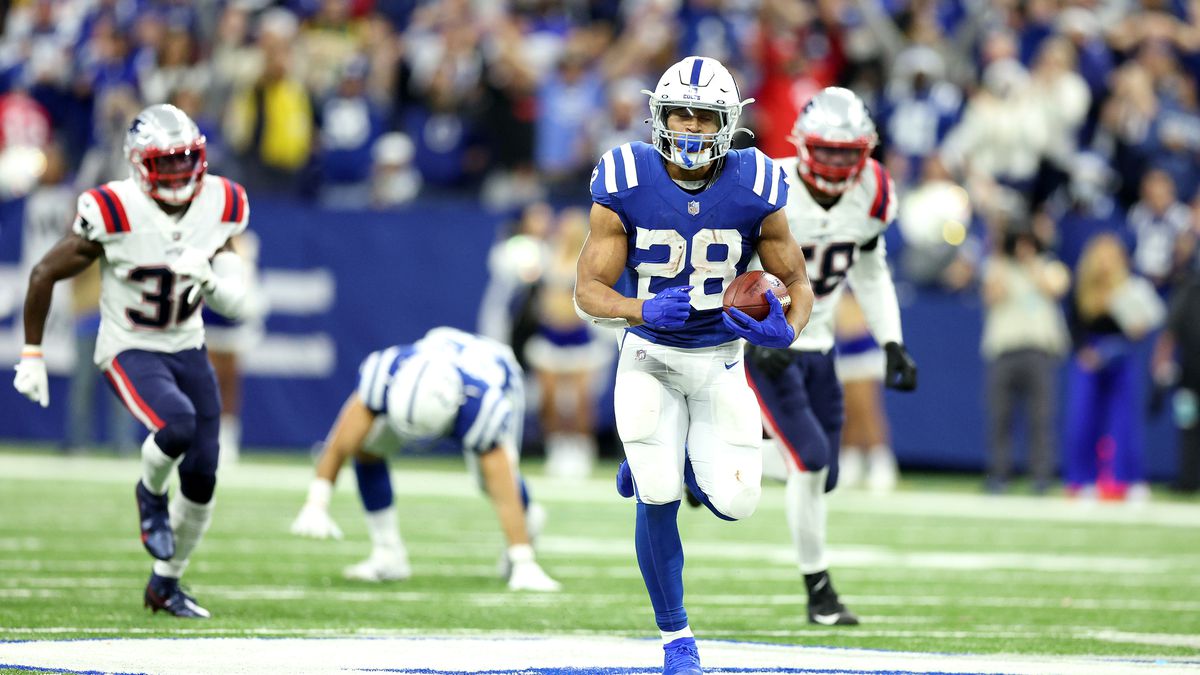 It’s fantasy football season! For the next few months, millions of people will compete to be the smartest football thinker in their friend group. We’ll spend hours (too many hours) looking for sleepers, learning the names and play styles of guys who will never even sniff the field, and having such strong attachment to their play that the NFL players will occasionally have to remind us that there’s actually, like, real football happening out here, too.

But all you want is to win your league. So I’m here to help: With the right apps and platforms, you can spend the next few months diving deep into all the news, stats, and information you’ll need to crush your fantasy competition into oblivion.

Hang on, what is fantasy football again?

It’s football. It’s also gambling, kind of? You pick players; if those players do well, you win. And you get to subject your friends to hilarious punishments if they come in last place.

There are countless different ways to play fantasy football, but you only really need to know about two: draft leagues and daily fantasy. In a draft league, you pick a team of players and keep them all season. In daily fantasy, you pick a new set of players every week. There are countless permutations of these, too — plus dynasty leagues and keeper leagues and playoff leagues and a million others — but we’re not going to get into all of that here. We’re definitely not going to get into the NFL’s blockchain fantasy game.

The massive rise in online sports gambling has changed the way people think about a lot of fantasy sports, football more than most. FanDuel and DraftKings are both hugely popular apps, and prop betting — wagering on specific things happening rather than just who wins — has become one of the most popular sports-adjacent activities. But that’s a very different thing, with very different stakes, and you should approach any kind of gambling carefully.

So where should I play?

The fantasy football platform wars may not be as intense as Xbox vs. PlayStation and PC vs. Mac, but they’re close. There are a million options out there, but for most players, there are four you’ll end up choosing between: NFL Fantasy Football, Yahoo Fantasy Football, CBS Sports Fantasy, and ESPN Fantasy Football. They’re all free, and they all do the job well enough.

If this isn’t your first year playing fantasy, you should probably just stick with the platform you have. You may not even get to choose since the league’s commissioner is really in charge. (I’m about to play the 10th year of one of my leagues on Yahoo, and while I’m just as surprised as you are that I still have a Yahoo app on my phone, it does the job fine.) Pro tip, though: use the mobile app from your fantasy provider for everything you possibly can. Many of these platforms have web apps that hail from approximately 1993 but much more functional and modern apps for your phone.

That said, if you’re starting from scratch, I’d send you to a newer platform: Sleeper. Sleeper is a good-looking app, has solid chat and social features, and supports lots of different kinds of fantasy games. It also has a huge number of tweakable settings and rules for your league — it’s the sort of app you’d create after losing your ESPN league because of some ridiculous technicality, and it’s delightfully finicky as a result. Sleeper is free, like the others, but you do pay for some of the customization options.

And I should say, there are lots of ways to play football-related games that aren’t strictly fantasy football. I love the app RunYourPool, which has a million football-related games on it. A fun way to start is a survivor pool: Everybody picks a team, and if your team wins, you move on to the next week, when you have to pick a different team. Last person standing wins. If your team loses, you have to pay / beg to get back in.

My league is set up, so how do I win it?

It all starts with the draft, when you and your friends / co-degenerates pick the players you’ll be rooting for all year. The best way to draft well is to practice: the mock draft is a staple of a prepared fantasy player.

Lots of fantasy platforms have their own mock tools, but I really like the Draft Wizard app from FantasyPros, which is basically an endless draft simulator with real people. You join a draft, choose where in the order you want to pick, and then run an entire draft as if it’s the real thing. As I explain that, it sounds insane — a fake draft to prepare for your fake draft! — but it helps a lot as you research your players. Fantasy Football Calculator is another good option, though its platform costs $2.99 a month. (The 30-day free trial is plenty to get you through the draft — just saying.)

When it comes to researching who to draft, I have good news and bad news. Good news: the internet is practically overflowing with information and ideas about who to draft in fantasy and when. Bad news: nobody actually knows anything! Generally, I recommend cobbling together a few sources or finding a couple of experts you think are smart and then following their guidance and your gut. You really don’t need to pay to read expert analysis or player rankings since there’s good free info all over the internet. (For instance: our friends over at SB Nation have all the best picks for this year.)

For moments you truly can’t decide what to do, bookmark Numberfire’s Who Do I Draft? page. You plug in two players, and it spits out a quick comparison of their projected stats for the year. It’s like a coin flip, only… slightly more educated.

Truthfully, there’s only one thing you absolutely must do: always, always, always Google a player before you draft them. In the weeks leading up to the season, everybody’s always getting traded, cut, injured, or hung out to dry by their coach. You never want to be the one who drafts a player 10 minutes after they announce their retirement.

Ugh, I didn’t read this soon enough, and my draft sucked. What now?

You’re going to need to win the waiver wires. That’s the collection of all the players who aren’t currently on anyone’s team and where once or a few times a week, you get to pick up new players and drop the ones you have. When a player gets injured, and their backup is ready to step up, or someone suddenly catches fire and looks like the next big thing, you need to get them first.

This is an information race, pure and simple. Your fantasy app will usually give you a news feed specific to the players on your team, but that’s not enough. You’re going to need to join the r/fantasyfootball subreddit, sort by New, and refresh it every couple of minutes (or seconds) all season long. And you might want an app like Fantasy Life, which has a fast-moving News tab with lots of useful info. I’ve also heard good things about Sleeper’s customized push notifications, which are apparently very fast, but my Yahoo-using self can’t vouch for those.

But for real-time info, there’s just no beating Twitter. I’d start by following @32BeatWriters, which is an account that retweets posts from the reporters covering every team in the league. It’s a good one-stop shop, but you’ll probably also want to turn on tweet notifications for people like Adam Schefter, Peter King, Jay Glazer and Ian Rappaport. (Better yet, put them on a Twitter list because those folks tweet… a lot.)

Your other tactical advantage is to become the stathead of your league, the one who sees underlying trends and statistical anomalies before anyone else. This approach also allows you to use phrases like “he’s due for some touchdown regression” and “are we talking about total DVOA or weighted DVOA” a lot, which is fun. For this, all you need is a $5 monthly subscription to Football Outsiders, which provides a practically bottomless well of football stats.

At some point during fantasy football, you actually watch football, right?

Sort of! I know a lot of people who play fantasy football and don’t watch a lick of the NFL season. It’s kind of like March Madness in that there’s really no evidence that actually knowing what you’re talking about has any bearing on whether you win or not.

If you do want to watch football, you’re going to want a streaming service. Or two. Or five. Look, I’ll be real with you: streaming football sucks, and you probably won’t get everything you want. One good place to start is with NFL RedZone, a single, live stream of all the interesting plays every Sunday that is practically designed for fantasy players. The cheapest way to get RedZone that I’ve found is through Sling’s Blue package, which is $35 a month. The best overall options for watching actual football games are probably YouTube TV and Hulu with Live TV, though, since both come with broadcast channels, NFL Network, RedZone, and more. And if you truly need all the games, you’ll want Sunday Ticket, which you can only get with DirecTV plans starting at about $70 a month.

There’s also the NFL Plus app for $5 a month, but that’s just local and prime-time games, and you can only watch on phones and tablets. You’re much better off buying an antenna like the Mohu Leaf and capturing high-def broadcast channels that way.

If you’re watching on a computer, you might want to download a Chrome extension called Hypeshot. It puts a sidebar next to your feed in Hulu, YouTube TV, and some other streaming services and shows your fantasy matchups and scores. It doesn’t work with every platform, but it can be useful for watching games without also staring at your phone all day.

This seems like a lot. Do I really need all this stuff?

Not really, no. You can just draft a team, check it once a week at waiver time, set your lineup, and enjoy football. There’s actually something to be said for not overthinking your team.

Just know that someone in your league will have read all this, and they’ll use all this information to crush you. And then you, too, will have to spend 24 hours in a Waffle House.

I’m just trying to save you from Waffle House.