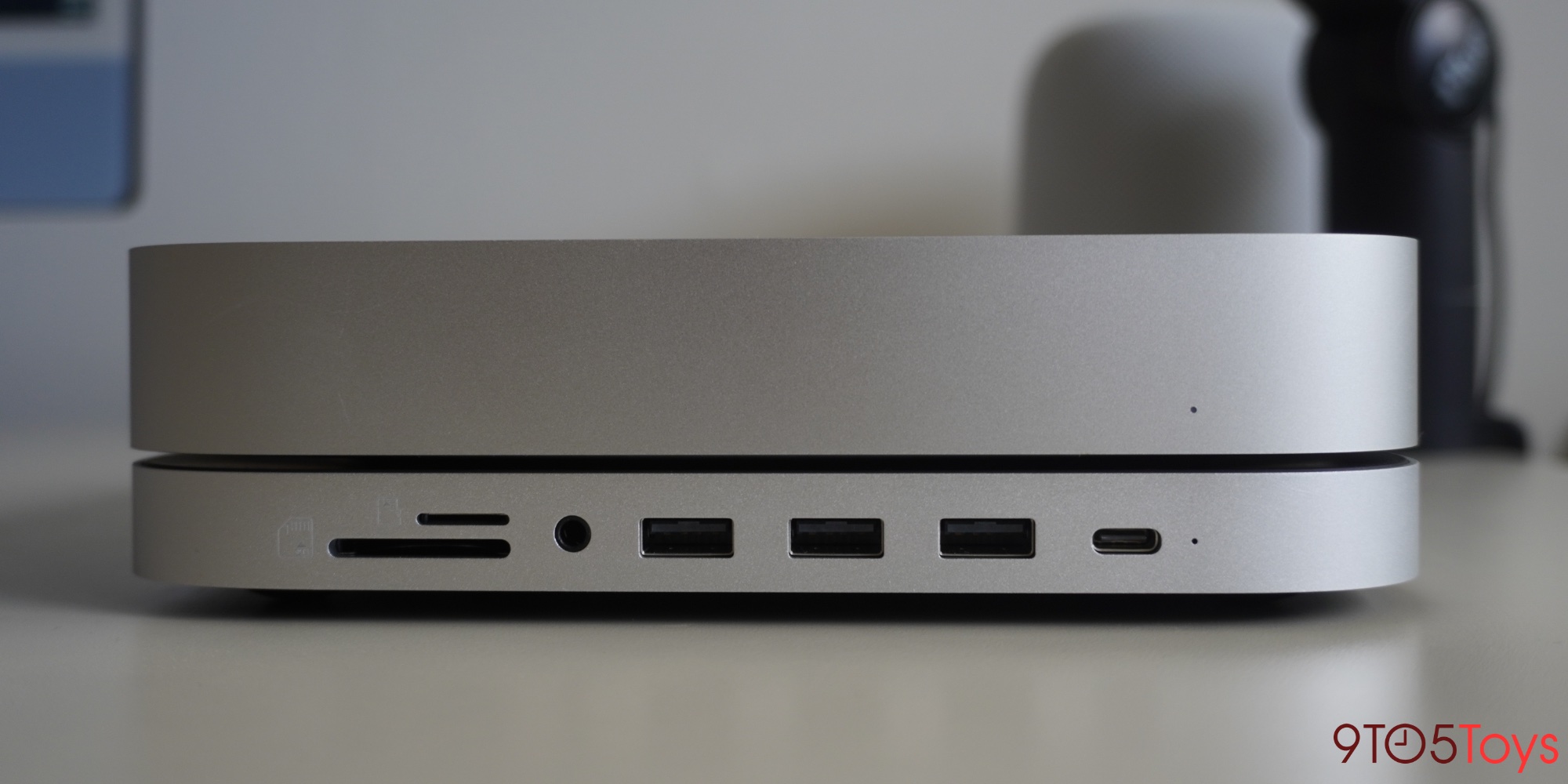 Even after being updated last year with an M1 chip, Apple’s Mac mini design has largely remained the same over the past decade. As popular as that compact form-factor is, having ports on the back has always been one major annoyance. Satechi is looking to solve that with its recent Stand & Hub. Delivering front-facing I/O alongside USB-C connectivity and an M.2 SSD slot, we’re seeing just how much the Satechi Stand & Hub for Mac mini upgrades your setup in our latest Tested with 9to5Toys review.

Having launched earlier this year, the Satechi Stand & Hub for Mac mini arrived with a design that was made to complement Apple’s latest compact machine. Meant to sit underneath the desktop computer, it expands the available I/O with USB-C connectivity and some other perks.

On top of being able to access its three USB-A slots, USB-C port, and SD card readers without having to reach around to the back, it also delivers additional storage. Thanks to an integrated M.2 SATA SSD enclosure, it not only expands your available storage but also doubles as a Time Machine backup and more. Though with a $99.99 price tag is it a worthy addition to your desk? Let’s find out.

I’ve long been a Mac mini user, and that has carried over to the more recent M1 model. Earlier in the year when Satechi released its new stand for Apple’s latest iteration of compact Mac, I knew I had to take it for a spin to see how well it complements the machine. After trying it recently, I’ve found it to be an almost perfect match for desktop use.

While there are certainly docks on the market with a wider array of I/O, there’s nothing that can really stand toe-to-toe with the overall package Satechi has delivered. Its Stand and Hub for Mac mini arrives with a design that really helps you get the most out of the miniature macOS machine. The best aspect for me has to be having ports on the front, which finally put an end to awkwardly reaching over the back to plug in another accessory.

Then there’s the option to bring in additional storage by utilizing the M.2 SSD slot, though you’ll have to actually supply your own drive as one isn’t included. With the Mac mini being Apple’s most affordable way to try out macOS these days, the value of being able to extend the lifespan of your device with additional storage can’t be understated. It might not be a future you use out of the box, but being able to sidestep Apple’s soldered in storage is pretty notable in my book.

The bottom line is that the Satechi Stand and Hub is the best all-around USB-C dock on the market for Mac mini, and an easy recommendation for the form-factor. Sure, it’s a pricey solution compared to some of its competitors, but there’s nothing quite as streamlined or made to match Apple’s industrial design as well. For those who don’t need the added benefit for SSD storage, there’s always the previous-generation model at $80.