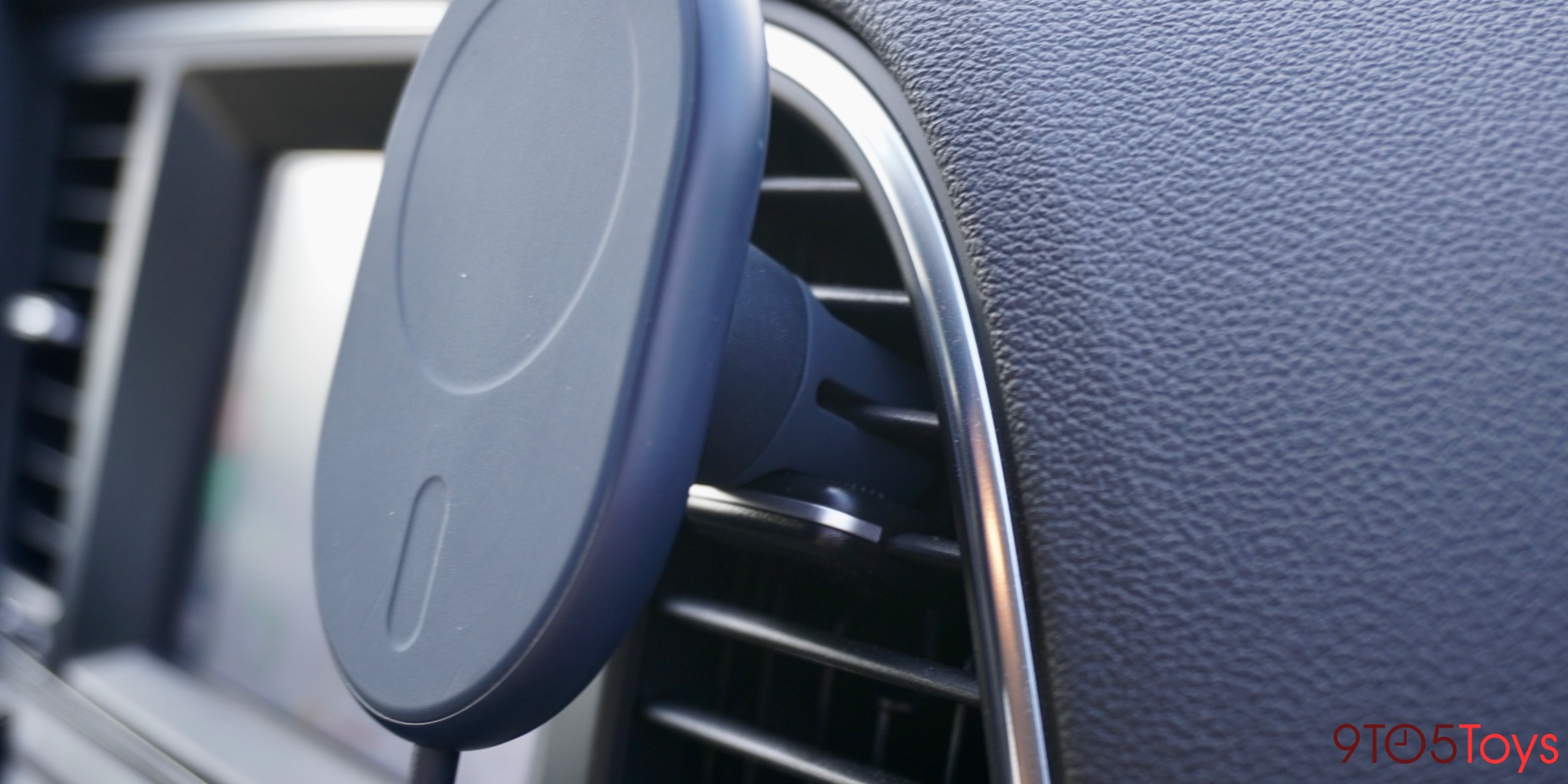 Despite being one of the more popular brands in the iPhone car mount game, iOttie was still one of the last brands to get in on the MagSafe action. So when it unveiled the new collection of Velox accessories, I was excited to see if the delay was worth the wait. Our latest Tested with 9to5Toys review goes hands-on with the new Velox MagSafe Car Mount to see just what iOttie has delivered after all this time.

As the first of its new Velox lineup to ship, the new iOttie Car Mount arrives with the same design as the rest of its offerings. There’s a blue silicone covering that pairs with golden accenting to deliver a premium look.

On the actual feature set, iOttie delivers a form factor that’s focused specifically around your iPhone 13 or iPhone 12 handset. Its entire Velox lineup sports MagSafe connectivity, which of course, carries over to the car mount. It can dish out 7.5W charging speeds to your handset, and includes a USB-C car charger alongside the mount itself. But is it worth the more premium $49.99 price tag? Let’s dive in.

Back when iOttie launched its new Velox series last month, I noted in the initial coverage that the accessories made a good first impression. Now after spending more time with the brand’s latest and taking the new MagSafe car mount on a number of road trips across the northeast, I can offer some additional insight on the offerings.

While this marks the very first time we’ve seen iOttie get in on the MagSafe action, many of the staples from the brand have been carried over. There’s much of the same more premium design we’ve come to expect, which in this case enters with a silicone covering. Departing from the norm, the nice navy blue and gold colorway is a welcomed change from the typical black plastic design.

Apparently, some don’t care for the refreshed visuals, considering it is a car mount, though I’m sure many will find the more novel design to be a perk rather than a downfall. I happen to think that its looks are one of the more charming aspects of the accessory, though that’s certainly subjective.

As for features, there isn’t too much that iOttie is doing differently from other MagSafe car mounts with its Velox series. There’s a pretty typical 7.5W output to your iPhone 13 or iPhone 12 device as well as the expected magnetic mounting features. It worked just fine with my iPhone 13 Pro, even with the larger camera bump on the back, so compatibility shouldn’t be an issue across either lineup of the handsets.

One thing that was pretty apparent compared to other MagSafe car mounts was how strong the magnetic holding force was on the iOttie Velox offering. It keeps things locked into place and has very little give compared to the much more affordable ESR model I previously released.

At the end of the day, the premium $50 price tag isn’t going to be for everyone. But if you’re smitten by the design and are willing to pay a little extra for the complete package that iOttie provides, its Velox MagSafe Car Mount is an easy recommendation. I would easily suggest you pick this up over the similarly-priced Belkin model, which lacks charging specs in the first place.

But whether the more stylish build will actually be worth the cash compared to the likes of Anker’s more affordable offering is going to be more subjective. I personally think so, but budget-focused buyers might not be as swayed by the looks of iOttie’s latest.