Tested: Anker’s PowerWave 2-in-1 MagSafe stand is an iPhone 13 must-have 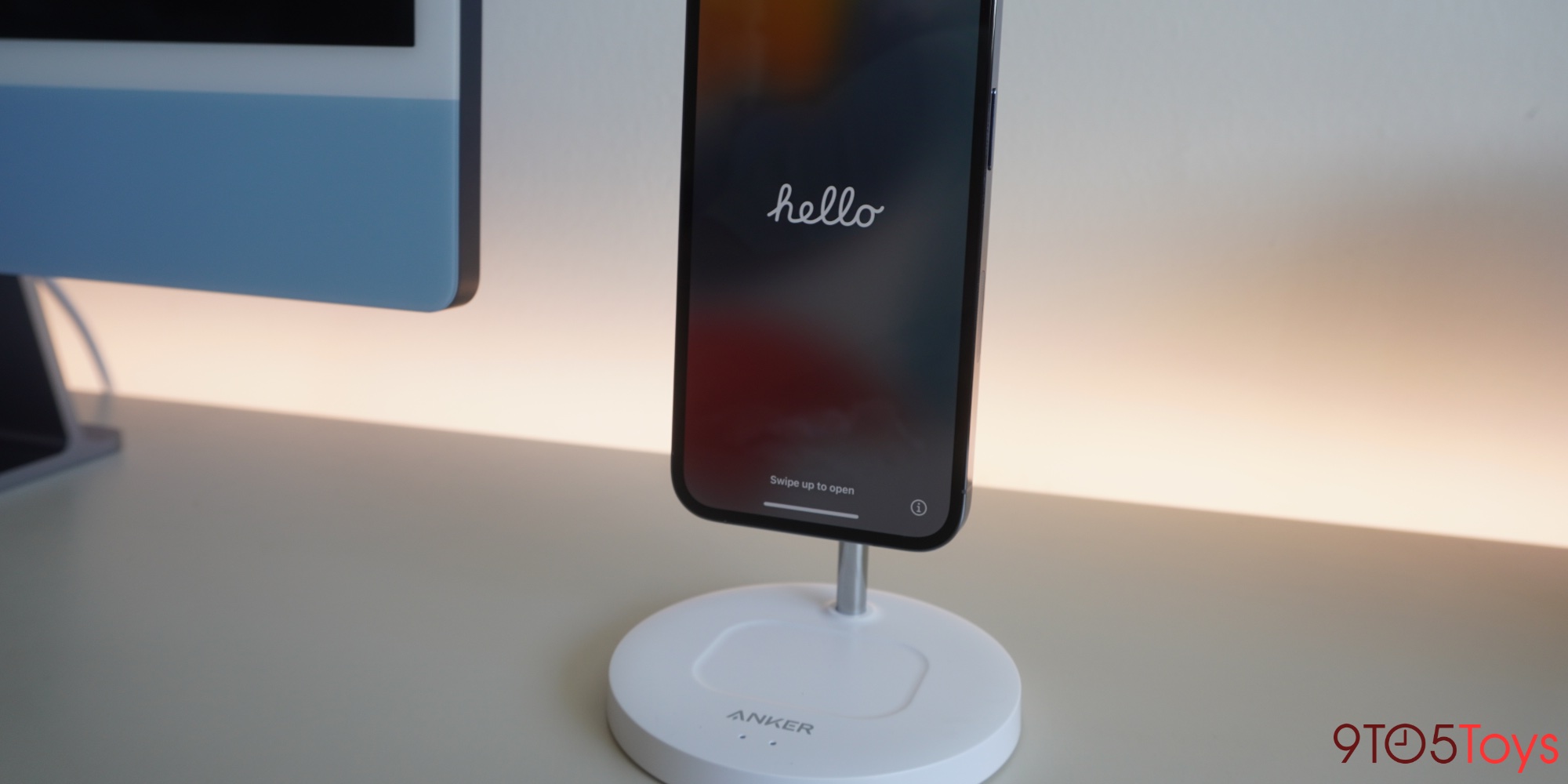 Anker’s collection of PowerWave accessories provide more affordable alternatives to Apple’s first-party chargers, and today we’re taking a look at one of its latest. Arriving just in time to pair with new iPhone 13 handsets, our latest Tested with 9to5Toys dives in to look at the new PowerWave 2-in-1 MagSafe stand from Anker to see just how it delivers as a nightstand or desk upgrade.

Hands-on with the Anker PowerWave 2-in-1 MagSafe stand

Entering as one of the more recent additions to Anker’s stable of MagSafe chargers, its newer PowerWave 2-in-1 Stand arrives with much of the same budget focus as we’ve come to expect. Sporting a main 7.5W magnetic charging mount that rests atop a metal arm, there’s also a secondary 5W pad below.

So not only can it top off your handset, but also charge up a pair of AirPods or other earbuds in a streamlined form factor. Other notable features like a USB-C input and the mount’s adjustable angle also make this stand out among MagSafe offerings. Designed specifically for using with an iPhone 12 or the new iPhone 13, we’re taking a hands-on look to see if the $38 accessory is worth picking up to pair with Apple’s latest.

I’ve been using the Anker PowerWave 2-in-1 MagSafe stand for the past few weeks with my iPhone 12, and have really been enjoying just how much value I got at the price point. There are a handful of more expensive versions on the market, but an under $40 going rate makes this a steal. And now that my iPhone 13 is here, it’s certainly going to be one of my main chargers to use with Apple’s new device.

Design-wise, it is pretty on par with what we’ve come to expect from other models on the market. There’s a soft touch plastic used for the base and the surface of the magnetic mount, as well as a metal arm to actually hold up your handset. So the entire build is actually quite sturdy and has a nice weight to the base for keeping it steady.

Even though it’s much more affordable than some other counterparts, the build doesn’t really give that away. There’s a very similar quality to what you’ll find on Belkin’s $130 equivalent, which is to say that it’s pretty nice in both look and feel.

One thing that is actually better on the Anker PowerWave 2-in-1 MagSafe stand than pretty much every other alternative I’ve used is the magnet power. While it’s not so much that you can’t remove an iPhone 12 or 13 from the mount, it does keep things firmly in place, more so than the likes of Belkin at least.

I also really appreciate the ability to adjust the angle of the MagSafe mount at the top. The hinge has a more subtle angle, fully being able to rotate all the way back, but the adjustment is certainly an improvement over others I’ve used with a fixed position.

Otherwise, the only real downside of this charger is its 7.5W Qi output on the main magnetic charger. Though for the price, it’s hard to fault the Anker PowerWave 2-in-1 MagSafe stand too much, as other models that are nearly twice the price lack the full 15W speeds, too.

/ Somebody posted a video that appeared to have been uploaded on April 5th, 2005, which would supplant “Me at the zoo” as...
Read more