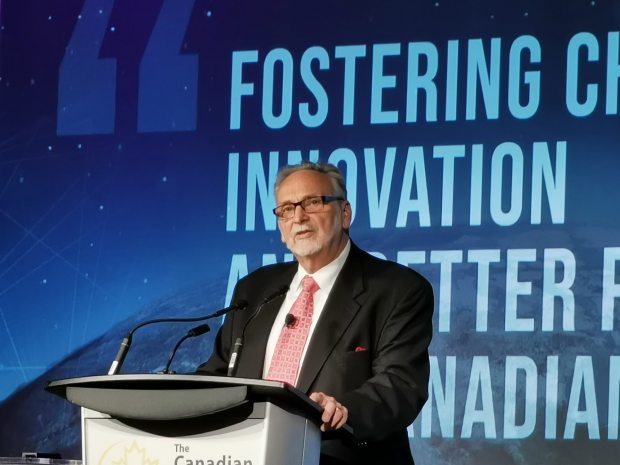 Independent Canadian internet service provider (ISP) TekSavvy is calling for an investigation into Ian Scott, chairperson of the Canadian Radio-Television and Telecommunications Commission (CRTC), for breaking protocols when meeting with telecom executives.

In its filing to the Federal Integrity Commissioner, TekSavvy alleged that Scott contravened the Public Servants Disclosure Protection Act by holding meetings with litigants with open CRTC files.

Ex parte means that not all parties involved in the dispute are present. Andy Kaplan-Mirth, VP of regulatory and carrier affairs at TekSavvy, explained in an email statement that the CRTC has guidelines for ex parte meetings to mitigate risks, including not holding them “alone”, without even other CRTC staff present.

“The entire reason for avoiding ex parte meetings is to avoid the risk or even the apprehension that such inappropriate discussions could occur at such meetings,” wrote Kaplan-Myrth.

The filing focused on one private meeting between Scott and Mirko Bibic, now Bell’s chief executive officer, at a restaurant on Dec. 19, 2019. A picture taken by an eyewitness showed the two meeting at a bar.

The meeting took place while the CRTC was investigating the wholesale internet rate that smaller independent ISPs must pay incumbents like Bell, Telus, and Rogers to access their networks. Canada’s big service providers protested that the proposed rates were below what was sustainable. Based on its investigation, the CRTC abandoned the rates in May 2021.

On Feb. 1, 2022, Scott told the Toronto Star that he did not break any rules in meeting with Bibic and that he was simply having a beer with a friend. He explained that although the initial meeting did not involve business discussions, Bibic properly recorded it as required by the lobbyist registration after the conversation shifted. Scott again insisted that he did not break any rules when questioned by the House of Commons Standing Committee on Industry and Technology (INDU) on Feb. 8, 2022.

But TekSavvy argued that the meeting between Scott and Bibic lacked the proper records of their interactions. According to the calendar information the company obtained through the Access to Information Act, the entry for the December meeting redacted a descriptive word in the subject line, as well as the meeting’s location and its duration. Furthermore, the CRTC Chairperson’s Office sent a confirmation of the meeting at 5:57 p.m. on the day the meeting, supposedly while the meeting was already underway.

Based on this evidence, TekSavvy alleged that the meeting confirmation, which also defined what could be discussed, was sent retroactively in an attempt to adhere to the proper protocols. It added that following the meeting, Bell immediately recorded it as a lobbying meeting the next day, deviating from its monthly reporting schedule. The filing wrote that this was an attempt to “obscure the impropriety of the meeting.”

It listed the following points as grounds to launch an investigation:

“The Chairperson of the CRTC should not be held to a lower ethical standard than a previous CRTC Commissioner. To leave Mr. Scott’s behaviour unaddressed further damages the integrity of the government,” TekSavvy wrote in its filing.

This past week for the Winnipeg Jets was a prime example of how quickly the mood can change around an NHL team.It’s one of...
Read more