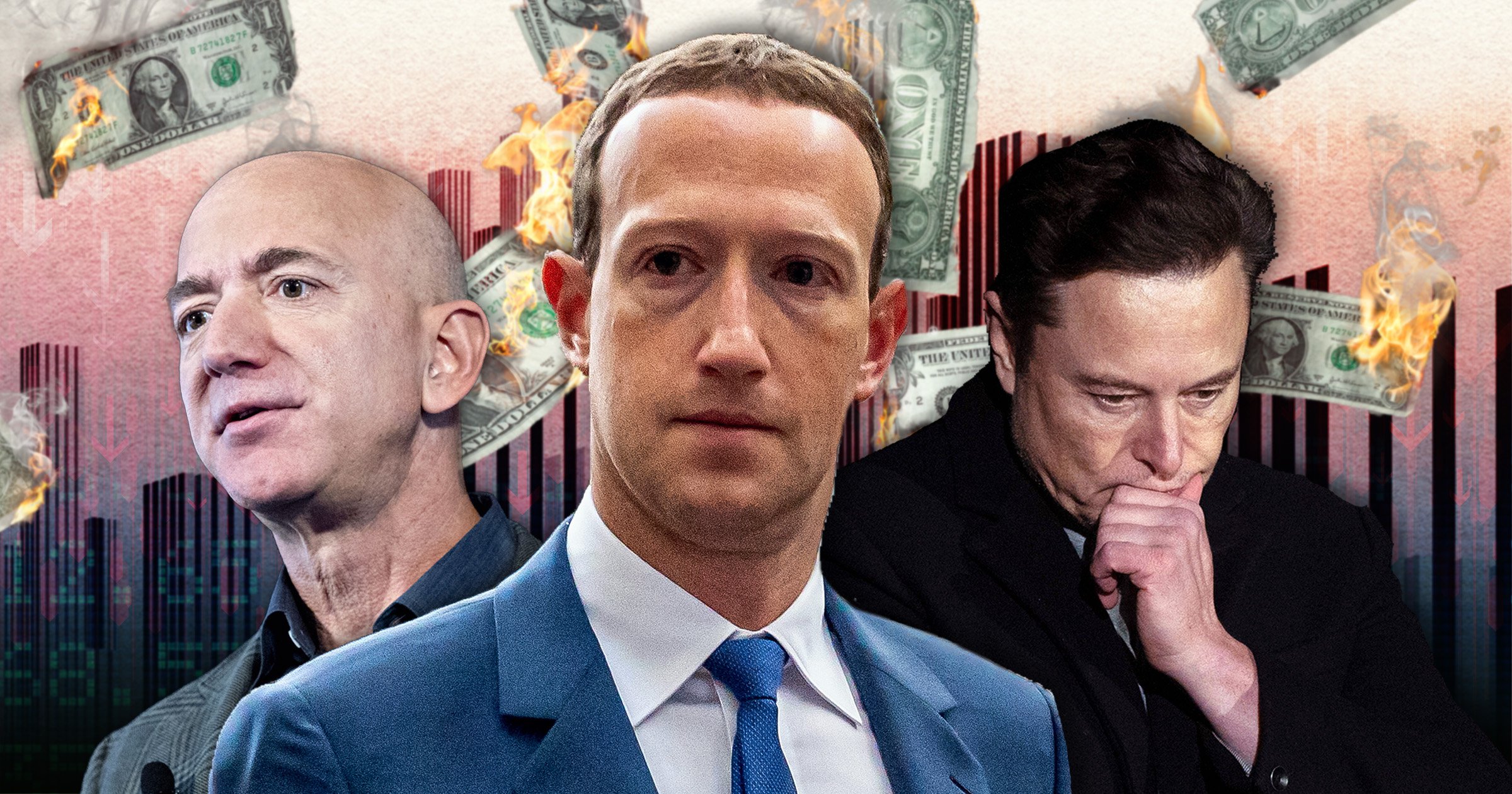 Financially speaking, the last twelve months have not been good for tech billionaires like Elon Musk, Mark Zuckerberg or Jeff Bezos.

The men in charge of Tesla, Meta and formerly Amazon – as well as a great deal of others – have seen their wealth plummet as stocks slide.

A number of factors made 2022 a tough year for tech, including supply chain issues, dwindling consumer spending and less engagement from people as Covid-19 lockdowns came to an end.

This meant companies like Meta and Amazon were forced to fire thousands of workers to try and bring their costs down.

Tesla (and now Twitter) boss Elon Musk’s net worth dropped an eye-watering $132 billion (£110 billion), causing him to lose his title as the world’s richest person.

Musk’s space rival Jeff Bezos lost $84 billion (£70 billion) and Mark Zuckerberg, who is pushing ahead with his plans to forge the ‘metaverse’ lost $81 billion (£67 billion). While Zuckerberg used to rank consistently in the top 10 wealthiest people on the planet, he’s now down at around number 25.

Even those tech billionaires who manage to keep themselves out of the headlines lost more money than entire communities will ever see in a generation.

Although Gates no longer runs Microsoft, he does continue to hold a lot of the company’s stock. Microsoft’s shares dipped by about 30% this year.

Microsoft isn’t alone. Tech stocks have been sliding all year, and things show no signs of turning around. At the close of the S&P 500 market yesterday, Apple was down 1.4% and Netflix was done 3.7%.

But the biggest decline on the whole index was Tesla, which fell 11.4%. The electric vehicle maker temporarily suspended production at a factory in Shanghai, according to published reports. And investors are getting worried about Musk’s continued involvement in Twitter at the expense of Tesla.