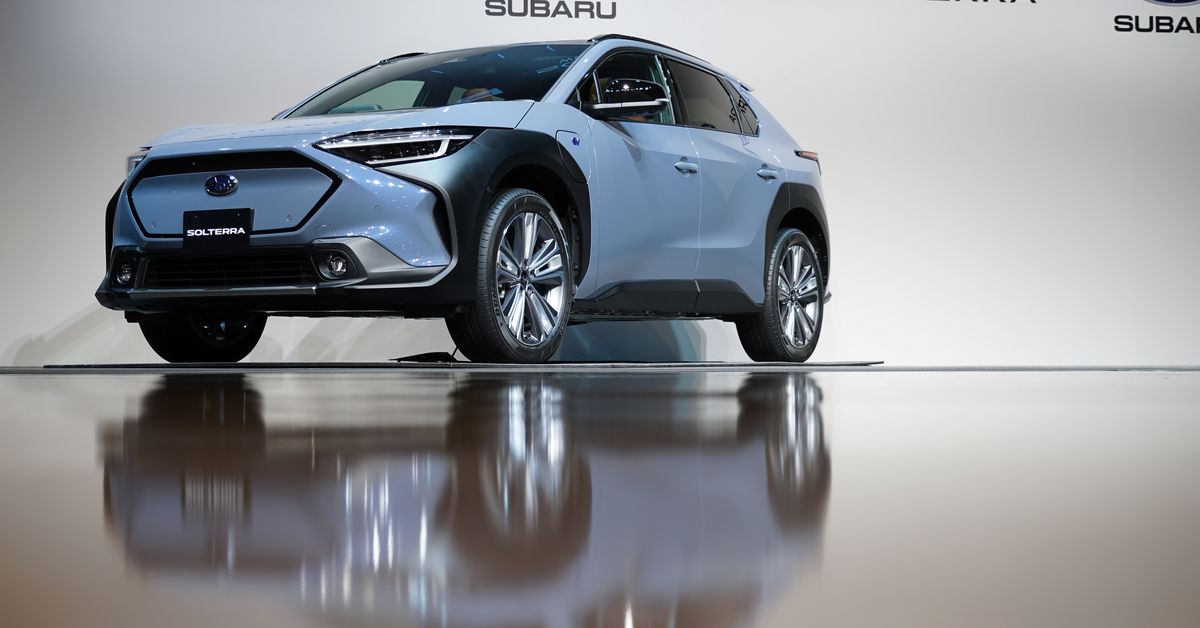 Here’s our first good look at the 2022 Subaru Solterra, the Japanese automaker’s first electric vehicle. Coming to the US, Canada, and Europe in 2022, the Solterra SUV will be powered by an electric vehicle platform that Subaru has been co-developing with Toyota.

The Solterra will come in both front-wheel and all-wheel drive variants, with either a 150kW (201 horsepower) AC synchronous motor driving just the front wheels or a pair of 80kW (107 hp) motors, one powering each axle, for a total output of 160kW (214hp).

Both models sport a 71.4kWh battery beneath the floor of the vehicle, which Subaru estimates will supply approximately 530km (329 miles) of range based on the WLTC standard in Japan. (The EPA rating in the US is likely to be less.) And the all-wheel drive version will get 460km (286 miles) of range.

When the battery is running low, the Solterra can support DC fast charging up to 150kW — although Subaru didn’t provide estimates for how long it would take. By comparison, Toyota has said that its BZ4X, which is built on the same EV platform, will take 30 minutes to charge to 80 percent capacity. The BZ4X is also due out in 2022 and will be built on this shared platform, which Toyota calls the e-TNGA and Subaru calls e-Subaru.

Unlike the BZ4X, though, the Solterra appears to have a normal interior and steering wheel. (Toyota is including an optional steering yoke in its electric SUV.) Subaru says that like its other gas-powered SUVs, the Solterra will feature the company’s X-Mode AWD control system that “enhances the sense of security on rough roads.”

It’s also added a new “Grip Control function, which enables the vehicle to run at a constant speed while stabilizing the vehicle even on rough roads, the capability is further enhanced.”

When it comes out next year, Subaru will no doubt be competing with Rivian for its customer base of outdoorsy adventure types. The company hasn’t revealed the Solterra’s starting price, but it’s likely to be less expensive than the Rivian R1S SUV.

Over the weekend, news broke that Japan and the Netherlands would be joining the USA in restricting exports of critical semiconductor manufacturing tools to...
Read more