Home Tech News Spear-boned beast, thought to be one of the earliest dinosaurs, unearthed in...
Tech News

Spear-boned beast, thought to be one of the earliest dinosaurs, unearthed in China 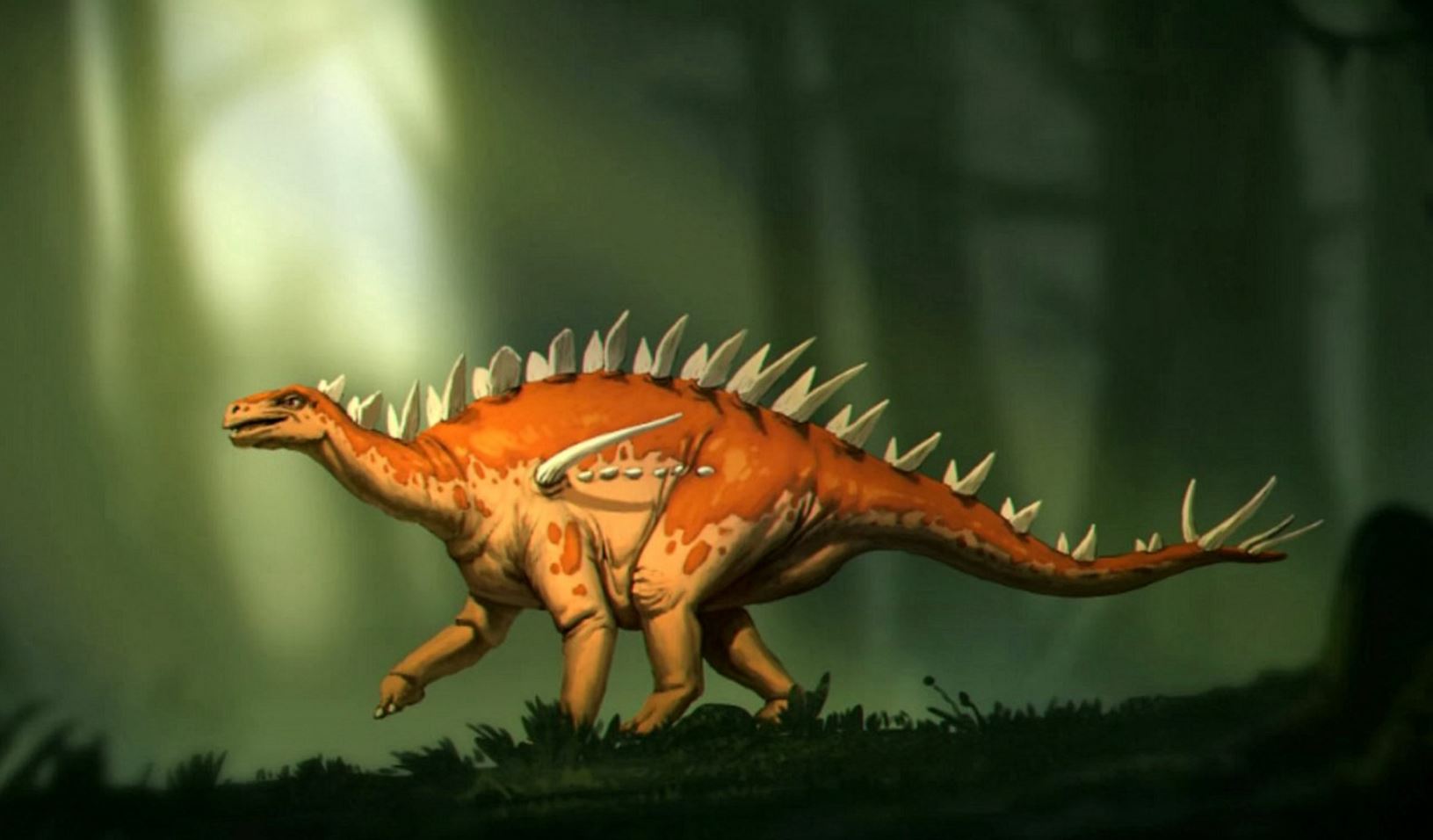 A spectacular new type of dinosaur with spear-like bones fused to its thighs has been dug up in China.

The fearsome-looking beast also had a spiked tail — and its back was studded with large traingular plates.

It is believed to be one of the oldest members of the iconic Stegosaurs species — and was unlike anything else in the animal kingdom.

The new species has been named Bashanosaurus primitivus — Latin for first. It roamed Earth around 168million years ago during the Middle Jurassic period, shedding fresh light on their evolution.

The bizarre armour would have been used to fight off meat-eating predators such as Allosaurus and Ceratosaurus.

Allosaurus fossils have been found with large holes thought to be made by a Stegosaur’s tail spike.

The natural weaponry also acted as a thermo-regulatory mechanism to keep the creature cool — and helped attract mates.

Lead author Dr Dai Hui, of Chongqing Bureau of Geological and Mineral Resource Exploration, said: ‘All these features are clues to the Stegosaurs’ place on the dinosaur family tree.

‘Bashanosaurus can be distinguished from other Middle Jurassic Stegosaurs — and clearly represents a new species.’

He added: ‘These were all unearthed from the Middle to Late Jurassic Shaximiao formation in China — suggesting that Stegosaurs might have originated in Asia.’

They have been depicted on TV and in movies like the second and third installments of the Jurassic Park franchise.

Bashanosaurus was about nine-feet long and weighed more than a ton.

Its remains included bones from the back, shoulder, thigh, feet and ribs.

It is not known if they belonged to an adult or a juvenile. Stegosaurs could reach 30 feet — and weigh up to eight tons.

The fossilised skeleton dates back to the Bajocian stage of the Middle Jurassic — much earlier than most known Stegosaurs.

Dr Hui said: ‘Bashanosaurus is the oldest Stegosaur discovered in Asia — and possibly the world.’

Stegosaurs are instantly recognisable by their huge back plates, long tail spikes and tiny heads.

The four-legged plant-eaters lived during the Jurassic and early Cretaceous.

They had a beak to eat ferns and other low-lying plants such as moss.

Their brain was about the size of a walnut — meaning they were among the most dim-witted dinos.

Stegosaur fossils have been found on all continents except for Antarctica and Australia — with 14 different species identified so far.

But the fragmentary material has hindered attempts to understand how the Stegosaurs evolved or relate to one another.

Co-author Dr Susannah Maidment, of the Natural History Museum in London, said: ‘The discovery of this Stegosaur from the Middle Jurassic of China adds to an increasing body of evidence that the group evolved in the early Middle Jurassic, or perhaps even in the Early Jurassic, and as such represent some of the earliest known bird-hipped dinosaurs.’


MORE : Dinosaur ‘broke its wrist while having sex’ 68 million years ago


MORE : Last day of the dinosaurs ‘arrived in the spring’