SpaceX safely brings back 4 astronauts from the ISS 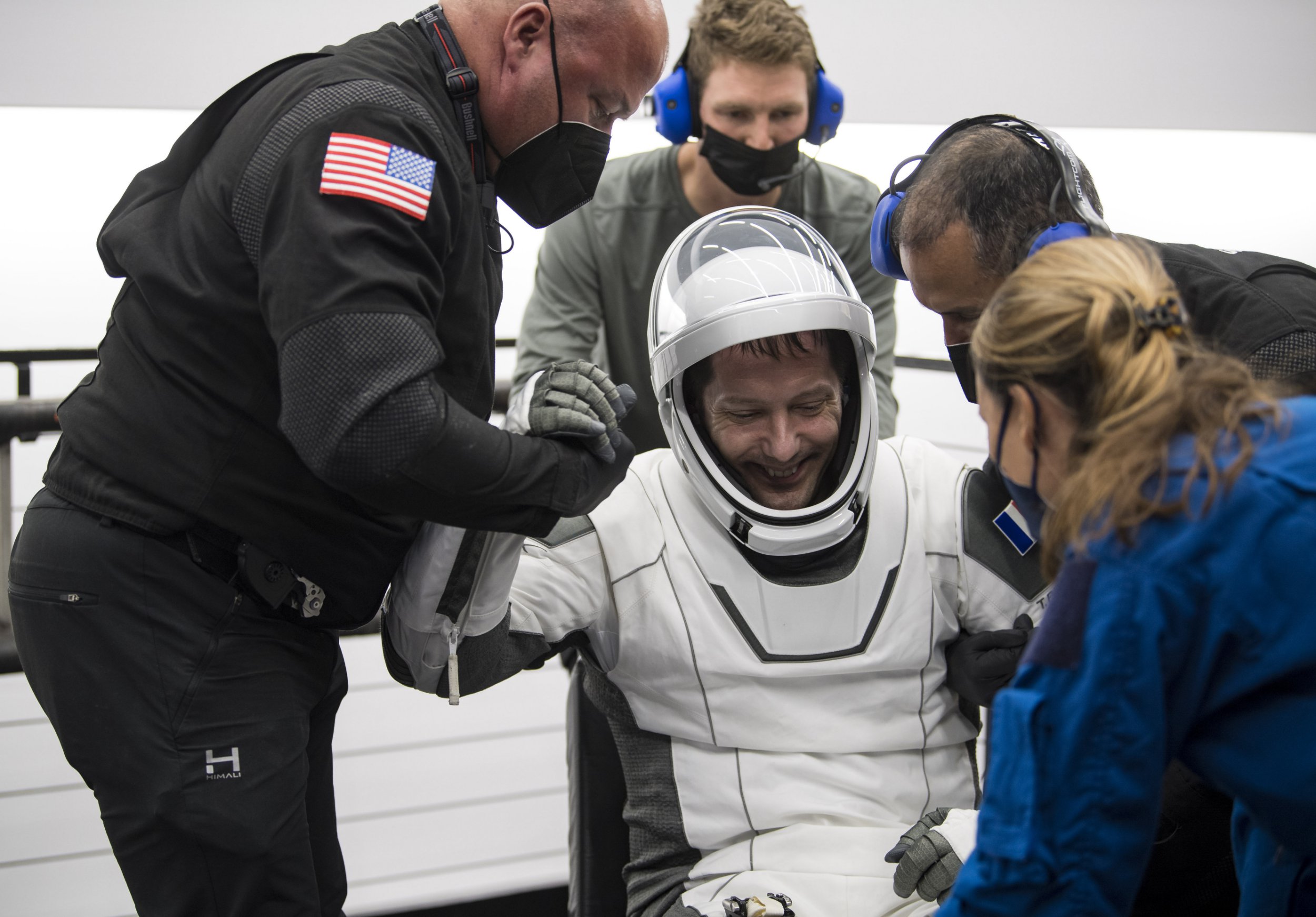 The SpaceX Crew Dragon capsule, dubbed Endeavour, parachuted into the Gulf of Mexico off the Florida coast, just as planned at 10:30pm EST on Monday.

After a fiery re-entry descent through Earth’s atmosphere broadcast live by a Nasa webcast, all four astronauts were out of the capsule within an hour, exchanging fist bumps with the team on the recovery ship.

Real-time infrared thermal video imaging captured a glimpse of the capsule streaking like a meteor through the night sky over the Gulf minutes before splashdown.

The spacecraft’s return to Earth seemed uneventful up until 4 minutes before splashdown when the vehicle’s main parachutes deployed and the inflation of the fourth parachute was delayed by a fraction of a minute.

The commentators on the NASA-SpaceX livestream indicated that this was normal, and the spacecraft’s descent speed was nominal.

‘Endeavour, on behalf of SpaceX, welcome home to planet Earth,’ a voice from the SpaceX flight control centre in Los Angeles was heard telling the crew as a safe landing was confirmed.

‘It’s great to be back,’ one of the astronauts radioed in reply.

This brings to an end, a six-month Nasa mission onboard the International Space Station during which the astronauts have conducted research into muscle loss and tested the first cultivation of peppers in space.

After spending 199 days in space, the crew has returned with about 240 kgs of hardware and scientific investigations.

The crew was made up of two Nasa astronauts, mission commander Shane Kimbrough, 54, and pilot Megan McArthur, 50. They were joined by Japanese astronaut Akihiko Hoshide, 52, and mission specialist Thomas Pesquet, 43, a French engineer from the European Space Agency.

They were launched into orbit on a SpaceX Falcon 9 rocket back in April from the Kennedy Space Centre in Florida.

The crew overcame a number of hurdles during their stay aboard the International Space Station (ISS), including the misfiring of the Russian module attached to the space station which briefly pushed it out of position.

Their journey back to Earth was also made uncomfortable with SpaceX’s malfunctioning toilet which forced them to rely on backup ‘undergarments’.

This is only SpaceX’s second time carrying Nasa crew back to Earth from the ISS.

On Monday, the spacecraft began its eight-hour journey back to Earth after undocking from the ISS and completing a 90-minute fly-around of the space station to snap pictures of its exterior.

The Crew Dragon then proceeded through a series of manoeuvres over the course of the day to bring it closer to Earth and line up the capsule for its final night-time descent.

The capsule re-entered the atmosphere at about 27,359 kph for a freefall toward the ocean below, during which crew communications were lost for several minutes.

The re-entry friction sends temperatures surrounding the outside of the vehicle soaring to 1,927 degrees Celsius and slows the capsule’s descent before parachutes are deployed. A heat shield protects the capsule from incinerating upon re-entry.

The mission marks the continuing success of Nasa’s partnership with SpaceX, the rocket company founded by billionaire entrepreneur Elon Musk in 2002. Musk also owns electric carmaker Tesla and is the richest person on the planet.

Another Crew Dragon spacecraft, carrying NASA’s Crew-3 mission, is set to launch from Florida in less than two days. However, the mission could possibly be delayed due to the parachute issue observed on Monday.

Nasa and SpaceX will conduct a Launch Readiness Review on Tuesday ahead of the Crew-3 launch to address these issues.

The space agency has originally planned for the Crew-2 astronauts to greet the Crew-3 team before their departure. A series of delays due to unfavourable weather conditions and a minor medical issue with one of the crew forced Nasa to return the Crew 2 to Earth first.