Southwest cancels thousands of flights, leaving passengers stranded across the US 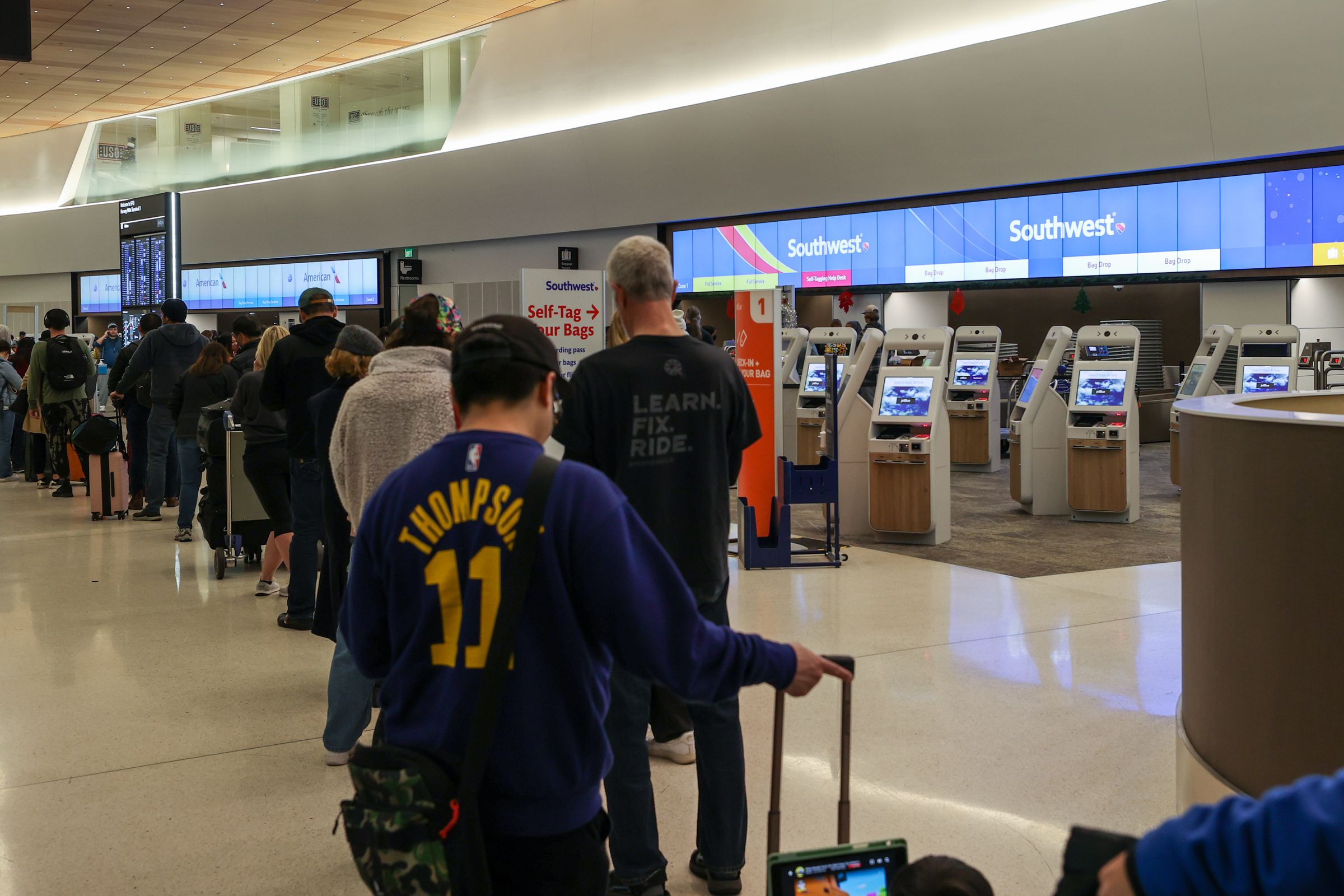 The airline canceled over 9,000 flights across the US, far more than other carriers, as its point-to-point system left planes and crews out of place.

Southwest Airlines has left thousands of travelers stranded at airports throughout the country after a winter storm barreled through most of the US before and during the holiday weekend.

According to The New York Times, unlike the June 2021 computer network problems that delayed over 1,500 flights and canceled hundreds, Southwest’s delays this week have a lot to do with the way the airline has its flights set up.

Southwest uses a “point-to-point” system that has planes flying from destination to destination and picking up staff along the way. Point-to-point systems have their advantages, as they can offer direct and more affordable flights because the destinations they stop at typically have less air traffic, but flight schedules can quickly fall apart once one route gets canceled.

Other airlines, like United, use a “hub and spoke” system that has planes returning to a central hub once their route is complete. This allows airlines to cancel flights to certain locations without affecting other routes, as well as have access to additional planes and flight crews without flying them in first; something Southwest can’t do without causing a domino effect of cancellations for its other flights.

Southwest spokesperson Jay McVay said to reporters that due to the storm, “We end up with flight crews and airplanes that are out of place, and not in the cities that they need to be in to continue to run our operations.”

WFAA-TV in Dallas, where Southwest is headquartered, spoke to Mark Duebner, a former director of aviation at Dallas Love Field. Duebner, who was driving to his destination due to a canceled flight, told the station that while Southwest’s system is normally very efficient with no slack, “If the crew isn’t positioned in the right spot, because of another cancellation, then that flight gets canceled, connecting flights get canceled. It just really spirals downward very quickly. It’s the combination of a perfect storm as you will.”

The mass cancellations have travelers at airports waiting in line for two or more hours to rebook their new flights, which, unfortunately, won’t occur anytime soon. A number of passengers report not getting new flights until the end of this week or after the New Year, forcing them to sleep on airport floors while they wait.

Cancellations are spread out around the US, hitting major transit hubs like Denver International Airport, Chicago Midway International, and Las Vegas’ Harry Reid International Airport. Ryan Green, Southwest’s chief commercial officer, tells the Wall Street Journal that the company will cover the costs for hotels, rental cars, and other airline tickets, and is notifying customers that they’re entitled to refunds if they don’t want to rebook their flights.

The catastrophe prompted a response from the US Secretary of Transportation Pete Buttigieg, who says he’s tracking the situation “closely” and will have a statement on the matter tomorrow. On Monday, the US Department of Transportation sent out a tweet, stating that it’s “concerned by Southwest’s unacceptable rate of cancellations and delays & reports of lack of prompt customer service” and that it will “examine whether cancellations were controllable and if Southwest is complying with its customer service plan.” Senators Ed Markey (D-MA) and Richard Blumenthal (D-CT) also called for Southwest to compensate passengers for the cancellations.

In addition to cancellations due to the snowstorm, Southwest is also struggling with a staffing shortage in some locations. The airline declared a state of operational emergency last week at the Denver airport after receiving “an unusually high number of absences.” In a leaked memo to employees, Southwest Airlines says staff members will need a doctor’s note when calling out sick, and that it “will use mandatory overtime” to require employees to come into work or otherwise be fired. As noted by the Denver Post, Southwest spokesperson Chris Perry denied that the callouts were part of a coordinated effort from employees.

“We were fully staffed and prepared for the approaching holiday weekend when the severe weather swept across the continent, where Southwest is the largest carrier in 23 of the top 25 travel markets in the U.S,” Southwest Airlines says in a statement. “As we continue the work to recover our operation, we have made the decision to continue operating a reduced schedule by flying roughly one third of our schedule for the next several days.”

This isn’t the only other time Southwest has experienced major operational issues. Last October, the airline contended with both staffing shortages and severe weather conditions, leading Southwest to cancel almost 3,000 flights over the course of four days. At the time, former Southwest COO Mike Van de Ven told employees that the company has “a very aggressive hiring plan” but that it still isn’t “where we want to be with staffing.” Dallas Business Journal reports CEO Bob Jordan made similar statements during an investor day presentation earlier this month, saying the company’s systems needed to be upgraded as part of a major modernization push to eventually operate 6,000 flights per day while employing 100,000 people.