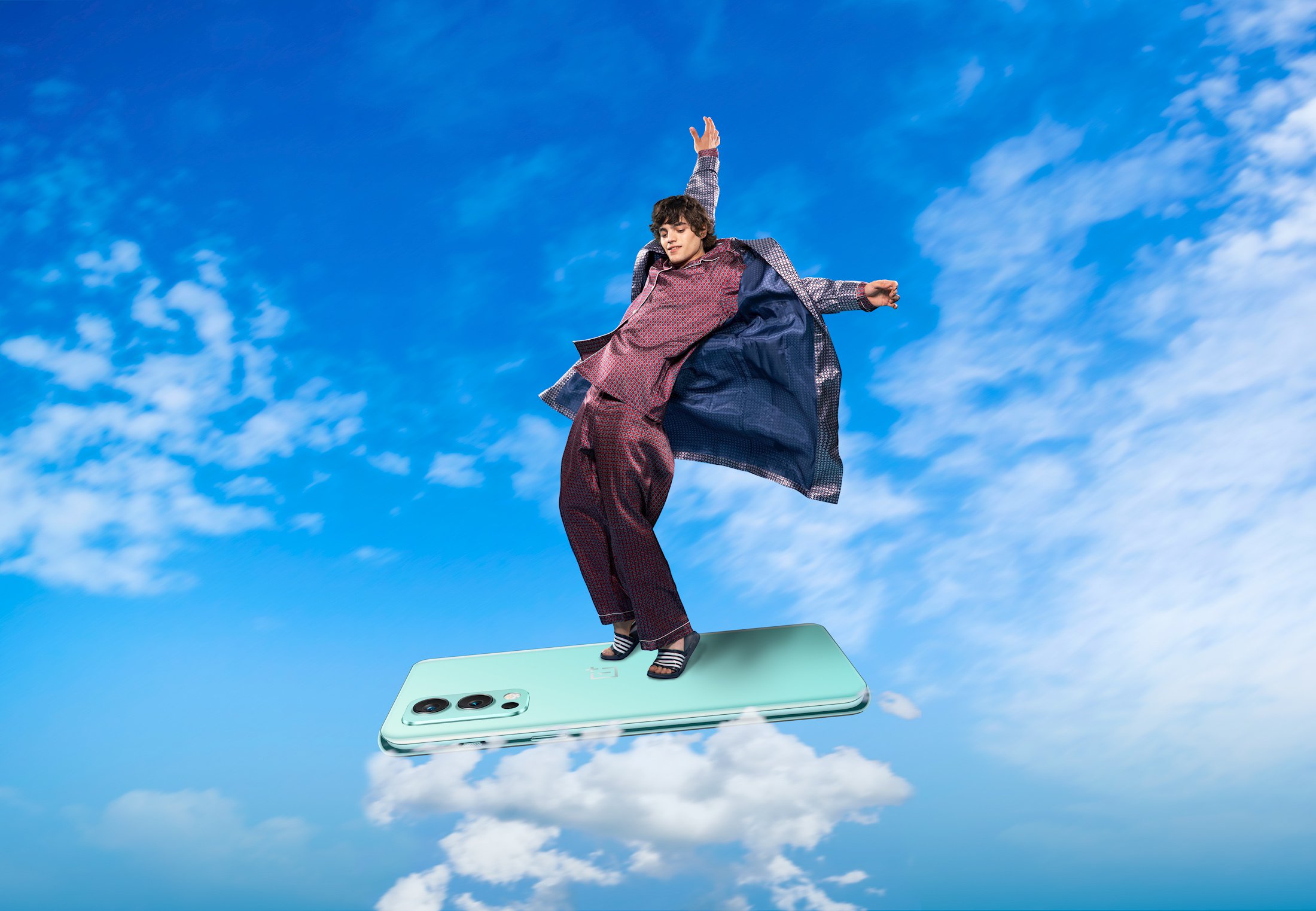 If you’re thinking of upgrading your phone, it won’t have escaped your notice that Apple recently revealed some new devices.

But, as accomplished as the iPhone 13 series is, you may fancy something a little bit different from iOS 15 and Cinematic Mode.

Thing is, there are a host of other great smartphones out there offering alternative price points and features to Apple’s latest and greatest.

The following phones all run on Android 11, the latest version of Google’s open source operating system.

All are competent pocket companions but there are some specific advantages unique to each one.

If you’re going to give the iPhone a pass this year, perhaps consider one of these instead.

OnePlus has earned a reputation for making high-end phones that undercut the competition and although it’s seemingly forgotten its roots with recent flagships, the Nord 2 is a wonderful return to form.

With a 90Hz refresh rate, the 6.43in OLED display isn’t as buttery smooth as the rest. But you can play HDR10+ content and its AI Resolution Boost does a nice job of upscaling videos on YouTube. Elsewhere, an under-display fingerprint sensor and face unlock take care of security.

Unlike its competitors, the Nord 2 has switched CPU teams, opting for a MediaTek Dimensity chipset over Qualcomm’s Snapdragon. Coupled with its OxygenOS 11.3, performance is top-notch, whether you’re navigating apps or glued to games.

Its 32MP front-facing and main 50MP shooters take excellent pictures indoors and out, which you don’t usually see at this price, while 4K shooting with effective optical image stabilisation is a bonus. The same can’t be said for its wide-angle lens though, which struggles to capture detail when conditions aren’t ideal.

You can also go from zero to 100 per cent in just 30 minutes, thanks to the 65W charging brick in the box.

Want to know even more about how the OnePlus Nord 2 5G operates? Check out our full review of it right here.

It’s no secret that Sony does things a bit differently when it comes to smartphones, which explains the distinctively tall and skinny form-factor here and the eye-poppingly gorgeous 6.1in 21:9 OLED display.

This unorthodox approach to visuals means movies and games look amazing on its cinema-like screen, while the 120Hz refresh rate means scrolling through web and app content is delightfully fluid.

Photography nuts will appreciate the dedicatedtwo-stage shutter button that triggers its trio of 12MP sensors. Expect exceptional snaps with plenty of detail regardless of lighting conditions.

Shutterbugs will also love features such as eye autofocus and 20fps burst-shooting mode, alongside DSLR-style manual control and 4K shooting and Cinema Pro mode to capture 21:9 footage, all with reliable image stabilisation.

The sports car-inspired GT makes its mark as Realme’s first concerted effort to hit the low-cost/hi-spec market with a powerful Android that’s a lot more affordable than its specs might suggest.

For starters, it boasts the kind of design found adorning higher-end smartphones. And like Sony’s Xperia 5 III, it rocks the best Qualcomm processing power on the block, making it the most affordable phone to pack the Snapdragon 888 chipset. That means you can expect super-fast performance with zero stutter, so ideal for things like gaming and editing.

Its bright and bold 6.43in AMOLED display boasts a smooth 120Hz refresh rate, which is something else you don’t usually see at this price. Round back, a trio of shooters — 64MP main, 8MP ultra-wide and 2MP macro — take pics good enough for your social feeds but struggle when it comes to close-ups.

Throw in fast-charging that takes it from empty to full in around 30 minutes and there’s a lot to like about this phone — especially the price.

Not quite a household name in our neck of the woods just yet but as an official partner of the Euros, eagle-eyed football fans may recognise the name from advertising hoardings.

Design-wise, its curved screen, unobtrusively thin bezels and frosted glass backside make it a bit of a head-turner, which is complemented with a slick fingerprint sensor lurking underneath its 6.56in 120Hz AMOLED display for snappy and smoothnavigation, alongside HDR10+ support.

The X60 Pro is Vivo’s first gimbal-assisted snapper, which has also been engineered with the help of Zeiss.

It’s a combination that helps produce crisp and shake-free video (up to 4K) and enables its 48MP main shooter to capture impressive shots with lots of detail, even in challenging conditions. Its 13MP ultra-wide and telephoto lenses (with 2x optical zoom) are also on standby to take sharp shots.

Its Funtouch 11 UI offers nice cosmetic changes, like customisable screen effects that punctuate actions. But having slower charging capabilities than the competition and not running the latest chipset are the phone’s shortcomings. It’s still plenty powerful, though, and make no mistake, this is an impressive top-end smartphone with a price tag to match.

At first glance, the iPhone 13 Pro looks like last year’s model. But then you see how much bigger the cameras are on the back (they’re huge).

And that cut-out at the top of the display, commonly called the notch? It’s shrunk.

The other visible change is the display which, while still measuring 6.1in, is a 120Hz screen for the first time on an iPhone, meaning the refresh rate is so high that everything looks smooth, even down to scrolling through menus. Oh, and there’s a new colour finish in the range, a fetching Sierra Blue.

The other changes are internal, including a processor that Apple describes as the fastest in any smartphone. Whatever, it’s blazing-quick and never keeps you waiting, whatever you’re doing. This speedy performance is complemented by improved battery life.

Above all, though, this phone stands out for the significantly improved cameras. There are three — wide, ultra-wide and telephoto, with the wide performing a clever trick where you can take macro shots from about an inch away. If you want to develop a signature style, you budding auteur, you, then Photographic Styles lets you set a theme such as ‘vibrant’, ‘cool’ or ‘warm’.

However, the standout is the video update to Cinematic mode, which automatically adjusts the focal point as the video changes, like you’ve got a focus-puller by your side. If you change your mind later, you can adjust the focus after you’ve shot the video — something even Hollywood can’t match. DAVID PHELAN


MORE : Future iPhones could diagnose depression from a typo